Filter by:
NGJ Magazine / Articles / Our Homeschooling Journey Begins
Do you get our FREE Magazine? 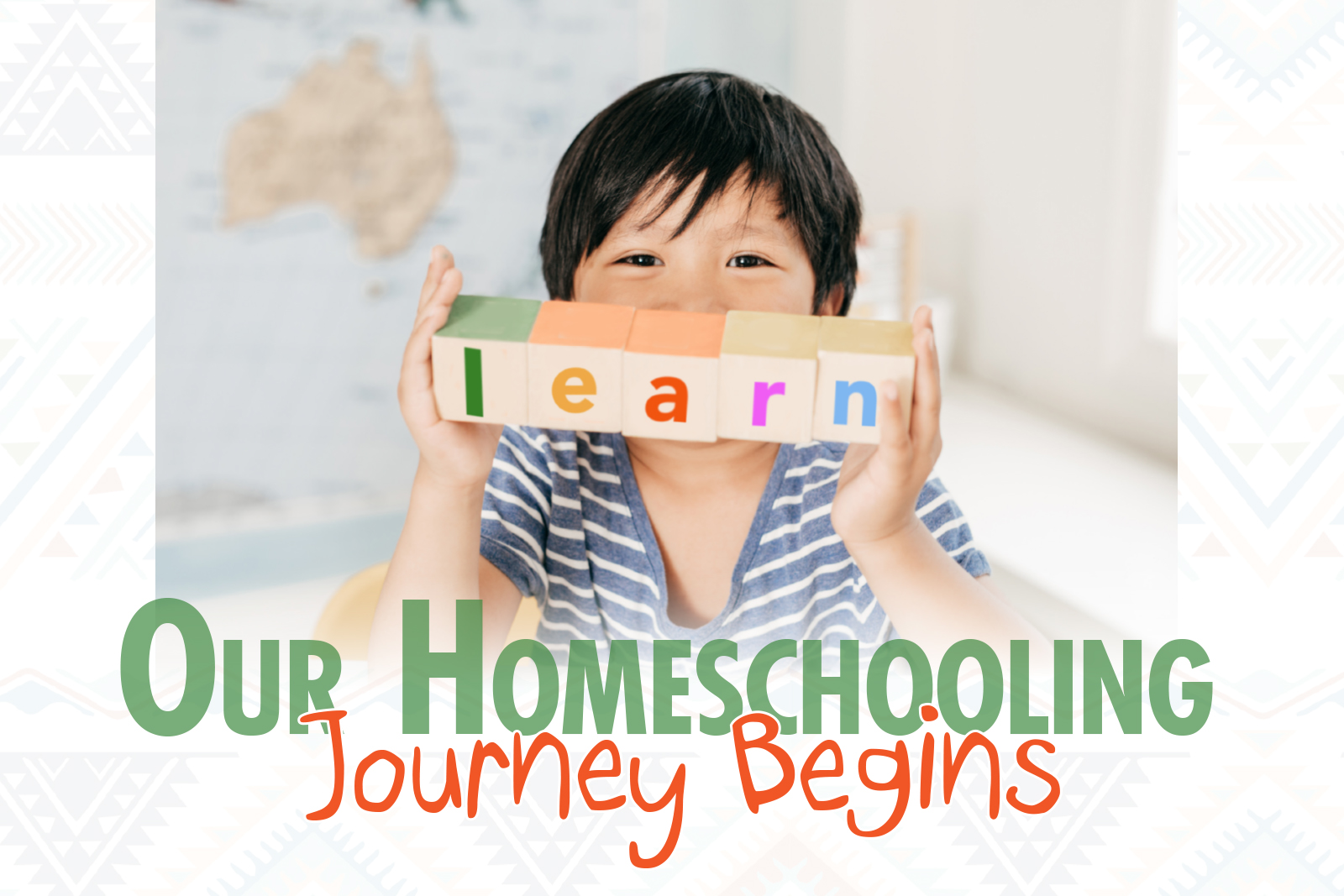 When our adopted children were ages eight, six, and almost-six, we moved to South Korea for my husband’s work. Prior to this time, James, our eight-year-old, had begun homeschooling, but I had not yet started any formal schooling with the younger two. They knew their alphabet, numbers one to twenty, and how to write their names. However, I was not concerned. Even with a “late” start, I knew they would have no problem “catching up” with their peers. From my own homeschooling days, I knew that homeschooling required more than a focus on scholastics. It encompasses the whole child, their perceptions, and their outlook on life. These are important foundations upon which to build a child’s academics. After adopting our youngest two, I came to swiftly realize that my middle son, Jesse, would not flourish in a “traditional” setting, sitting at a table or desk with a book and pencil. He was very bright and intelligent, but he couldn’t sit still, had a short attention span, and hated to write. Yet even more significant to me was his intense struggle with insecurity and a lack of self-assurance. He exhibited a constantly active mindset of comparison towards his barely-younger-sister, Joy. He seemed to always feel he had to fight the two-and-a-half-month age difference between them in order to retain his position as elder of the two. More often than not, he judged himself lacking and inadequate, which would build an internal pressure within himself to perform in ways that seemed impossible to him. Therefore, he would give up before even trying, believing himself to be a failure and holding Joy responsible for his perceived defeat and inner conflict. How was I to navigate these stormy emotional waters which spilled over into everything we did, including academics?

The issue was not helped by the fact that Joy was the perfect poster child for traditional schooling. She craved learning and was eager to start school at a young age. She had an inquisitive mind that drove her to excel and advance quickly. She was confident and outgoing and could sit contentedly and focus for hours. I would sense Jesse’s resentment and the consequential internal pressure he felt. I prayed for wisdom and decided to wait until my son was truly ready before moving forward with “formal” schooling for either of them. I wanted to approach school in a way that supported Joy yet also encouraged Jesse, rather than adding unnecessary pressure to Jesse which would strengthen the misconceptions he held about himself.

In the meantime, I offered my daughter a lot of learning activities that satisfied her curious mind and allowed her to practice and create a solid foundation base. For example, while waiting on her brother’s readiness for reading, I’d have her practice her letters and become familiar with recognizing uppercase and lowercase in a variety of ways. She could sit and circle a specific letter in a magazine article for an hour or sit still in a church service and find all the “and’s” in a chapter or page, feeling a great sense of accomplishment. We would have fun making letters out of our snack together. Her brother could be nearby observing (even learning!), but without the pressure to perform. I read a lot of books aloud to both of them to stimulate the desire to one day read for themselves.

I deliberately saturated their minds on a daily basis, subtly instilling a diverse array of math and phonics principles during everyday life and play, never missing a chance to activate and provoke their brains toward curiosity and learning. My aim was to awaken their desire and whet their appetite to learn. How I wish Debi Pearl’s book on neuroplasticity was available to me back in those days! It would have provided a lot of information I learned by trial and error, plus it would have given me the reassurance and confidence that I was on the right track and what I was doing was good. I never knew for many years just how effective my parenting was.

What I do know is the immense relief I felt when Jesse approached me with a book in his hands one day, several months after living in South Korea, and told me that he wanted to learn to read by himself. How thankful I was to finally hear those words and be able to “formally” move forward with schooling! I told the children we would now “start” school. The children walked with me into town and helped pick out our school supplies. There was no ready-made curriculum material available, not even flash cards. So the kids excitedly watched and eagerly “helped” as I created homemade flashcards. We made letter cards, letter blend cards, and addition cards. We had a fun time, and they chose the colors I used for each. We also made a lot of sight-word cards to hang all over the house––in both English and Korean. By being a part of the process, Jesse became even more interested in how we were going to use the cards.

Living in a country where most activities are accomplished on the floor rather than a table actually served me well. Jesse was free to move about, reposition, and wiggle as we learned. Joy was equally free to sit quietly and concentrate to her heart’s desire. I used things they were both interested in as starting places. From there, we’d branch out according to what we learned and the new information we held. Both children learned to read in just a couple of weeks. Painlessly. I share more on how we did this in my book, Homeschool With Ease. We found a library that carried a selection of English books. Jesse and Joy would check out the maximum books allowed, then read through their own books and each other’s, over and over again. When they came across a new or difficult word, they’d help each other sound it out or come and ask me about it, continuing to grow in their vocabulary. Somehow, in that place of learning to read together, it ceased to be an area of competition between the two of them and became a place of peace. I would praise God as I watched them lying there, reading contentedly. I knew I’d stumbled across something that worked, and, if I could replicate it in other areas of life and academics, I could support both children in the ways they needed.

I learned a lot through my children’s journey towards reading. It confirmed the success of my individualized approach with each child. I was their champion and favorite fan. I had no doubts about their ability to learn––I knew they could do it. It was just a matter of how and when. I was aware of the role their contrasting needs would play in the process, and how it would affect their interaction with each other as well. With long-term goals in mind, I provided encouragement and support individually in such a way as to foster a sense of cooperation rather than competition. Joy was given the stimulation and challenge she needed to receive the satisfaction and sense of accomplishment she craved, while Jesse was given the extra time and lack of pressure he needed so that he could grow in his confidence and desire to learn and be ready to “start” school. Until then, he was saturated in a learning environment so that when he was ready, it became a quick process. It is this individualized approach that became my cornerstone for parenting, both in child training and with schooling.