Filter by:
NGJ Magazine / Articles / Overall Training
Do you get our FREE Magazine? 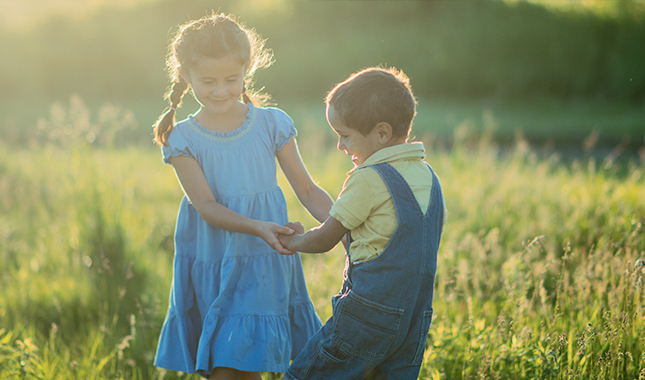 Dear Michael and Debi Pearl,
First, thank you so very much for your books, tapes, and all you do to share that which the Lord has shown you regarding the raising of children. We received the book “To Train Up a Child” when our first child was only 2 months old. He is now 3 years old, and we have an 11-month-old daughter as well. How much joy the Lord has brought to our family through implementation of the principles you explain! It is so clear how happy our children are when they are obedient, and how unhappy they are when they are constantly trying to “win.” We are so thankful that the Lord has designed it such that His ways are not only peaceful and helpful to the parents, but also are life to the children as well!

In one of your past newsletters, you asked for examples of child training that you could use. I have enclosed a separate little story of a lesson we went through not quite a year ago.

Thank you again for your faithfulness. May God bless you and draw you closer to Him in every way possible.

At 2 ½ years old, my son decided that he did not like to wear overalls. One morning I had
out some sweat pants for him, but needed a shirt. Opening his drawer and reaching down below for one, Timmy saw overalls sitting on top and assumed that I was reaching for those. He immediately howled “Nooo, I don’t like those!” and started to cry. Fits are pretty rare in our house, so I was dumbfounded for a moment while I tried to figure out what was going on. I felt unsure as to what to do. Once I realized that his overalls were the culprit, out they came. With a couple of switches to calm him down, I asked, “Do you ever get what you want when you fuss?” “No” “Well, because you fussed, you must wear these now.” He started to protest, but a sting on his leg reminded him. Once calmed down again, I dressed him and explained that I had not intended to get the overalls, but because he fussed, he had to wear them now. I then led him to practice the proper way to have asked for different clothes.

That particular day is the day appointed for cleaning, and he got wet and dirty “helping” me. While he cleaned the bathtub, I went into his room for some new clothes. As I opened his drawer, I saw another pair of overalls, and I knew what I had to do. With a deep breath and a prayer, I laid them out for him to put on after his bath. After drying him off, when we came into his room, he was carefree until he saw the overalls. He stopped dead in his tracks and looked like he was going to work himself up and hyperventilate. He began, “No, I don’t…,” and then he caught his breath, tilted his head to the side, and said with a smile, “May I wear something different please. I don’t like those.” My heart leaped. I praised him for asking so nicely, but explained that he needed to wear them this time. He handled it well.

That night I told my husband about the lesson. “Well, you know what you have to do now, don’t you?” he said.

“Tomorrow, when he gets up, you have to have overalls for him again.” Ugh. The next day we were going out, and I don’t like dealing with overalls in public restrooms. But he was right. This time we decided that if Timmy asked nicely without fussing, then we would allow him to wear something different. I prayed he would have self-control. And he did! Next morning, he eyed those overalls, and I could see the wheels turning, “Please no,” he finally said, “I don’t like those.” “Oh,” I replied, “Thank you for telling me so calmly and nicely. Would you like to wear something different this time?” “Yes, Please,” he answered with a smile that could have made me cry. We have since made sure that we revisit the overalls, sometimes requiring him to wear them and sometimes not, but he has maintained self-control. And believe it or not, he even requests them at times!
Thank you,
Andrea Hahn

How Early Should I Start Training?