Filter by:
NGJ Magazine / Articles / Part 1- The Purists
Do you get our FREE Magazine? 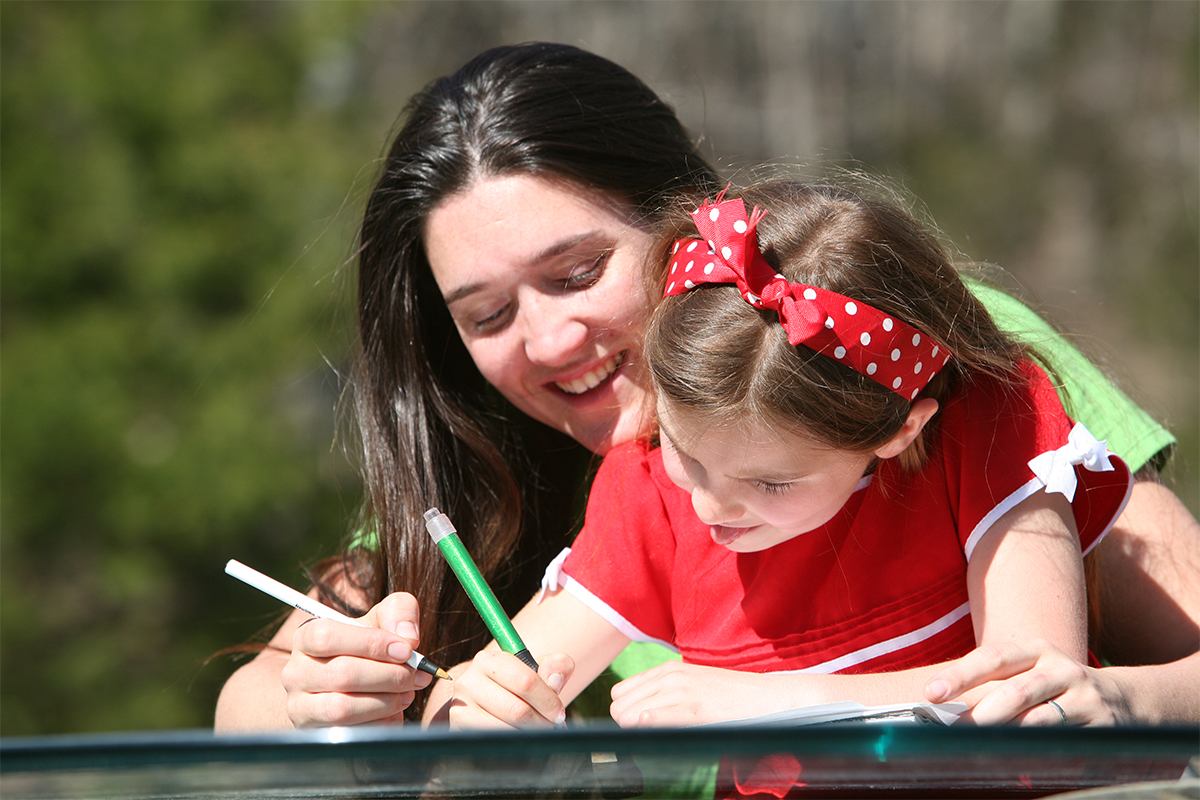 The homeschool movement started with what some people call “Purist Trailblazers.” We were visionaries. We were doing the extreme—the unheard of. We would not do as the establishment demanded. We did not share their perspective on normalcy or their worldview, and we rejected their educational system as indoctrination against God and purity. We were militant. We would flee the country or risk going to jail, but our kids would grow up under our nurturing, founded in God’s Word. Our children were adventuresome, strong, capable, and independent.

Thirty-five years later, the same spirit, and some of the same people, would produce the Tea Party and other movements in the same vein. Looking back after forty years it is clear that we Purist Trailblazers had some great ideas and some really stupid ones, though most of our fruit did well. It is easier to raise children when you burn with a passion and are consumed with an irreducible conviction.

As homeschooling became legal, the militant Trailblazers’ sudden hot burst of flame became a quiet, simmering bed of coals. Then along came the sympathetic organizers and educators eager to structure homeschooling and create curriculum to make it easier for the less zealous. Structure is valuable and helps advance a grassroots movement to the mainstream, but all things corrupt and degenerate with structure and oversight. Conviction and independent zeal are replaced with principle and rules. Conformity to community becomes a tempting refuge from the responsibility of walking after one’s own light.

Then along came the well-meaning “Law Makers.” Everywhere there was a vacuum, sincere movers and shakers rushed in to build a new cultural model. In reaction to the extremes of the modern church with its recreational dating and impurity, good folks decided young people should “guard their hearts” by never having a crush on a member of the opposite sex. They created strict rules for courtship and marriage, supporting them with “scriptural” and historical concepts. (Their rules may have been crazy, but at least the children were raised to have convictions.)

The ridiculous and the absurd crept in and amazingly took hold in some circles. Law Makers asserted that a young husband had to remain under his father-in-law’s rule, thereby creating patriarchal regimes. Many young people who grew up during the Law Makers years did well and are now strong leaders. But tragically, some of their adult daughters are still at home waiting. Young men hunting for a godly wife found it less stressful to pass over the daughters of Law Makers and marry outside the “group.” The demanding rules and regulations of courtship seemed effeminate and overly processed. Many young men said, “I don’t want to court the daddy.” Furthermore, the carefully discerning spirit these daughters developed during the Law Makers years scared off many interested suitors. In the name of discernment, girls became judgmental and critical. And, according to our letters, mamas ran off a few young men they thought were beneath their daughters.

The girls and their mamas have seen godly, wise married men and are waiting for one just like that to come along and approach daddy. But young men don’t start out that way; single guys are never so godly or wise (2 Corinthians 10:12–15).

In time, with an older daughter living at home, Father gives up and Mother loses her faith in the system. The daughter is freed to pursue a relationship without all the rules and formalities, but the critical mindset and demeanor of many of these girls continue to turn young men away.

It takes a generation or two to see the fruit and experience the fallout from social experiments—Christian or otherwise. I am not scolding us for our past mistakes. In the next article, I will give practical ideas to help these young women be set free from this mindset and meet good men, and suggest what they can be doing in ministry until they do get married.

Before the Law Makers began to humbly and quietly recede, the “Excel at All Cost” parents began to emerge. There was a move to elevate the social class of homeschoolers. These children joined special tutoring classes—music, art, science, group sports—and participated in amazing projects and hobbies. Many of these children did excel but grew up feeling important, smarter than others. Because of their intermingling with the edges of the world and the modern decline of the church, they grew up with less conviction than their parents.
When one creates a public perception of excellence, there is a tendency to cover up the imperfect. The outward is easier to maintain than the inward, and hypocrisy takes root. The kids feel the pressure to perform in public, and there is a growing lack of respect for the high ideals that motivated the parents originally.

Mother’s drive to Excel at All Cost took its toll on the family, with parental stress and emotional fatigue. You can only pour out so much before you are emotionally and spiritually empty. The first place emotional fatigue manifests itself is behind bedroom doors. Exhaustion is stifling.

I don’t go around LOOKING for sad news. It comes to me in my mailbox. I have been reading letters from homeschool parents and their grown children for many years. It is easy to see the sequence of events. The first of the Excel at All Cost children are now teenagers. All movements that begin out of a sincere desire for righteousness bear some—maybe even a lot of—good fruit. But this unbalanced movement creates division in the family, because children tolerate less hypocrisy and demand more “realness.”

Early in the homeschool movement, homeschoolers were more likely to be truly exceptional in character because they were raised by parents who had escaped sin by the saving grace of God. These parents were fresh from the altar of forgiveness. They were thankful and humble, passionate and full of praise. Their children lived and worshiped in a culture of thanksgiving and true love for God. But by the time the sixth or tenth kid was ready for school, those early parents had turned to principles and law and forgot the grace that was once so precious. The apostle Peter observed, “For if these things be in you, and abound, they make you that ye shall neither be barren nor unfruitful in the knowledge of our Lord Jesus Christ. But he that lacketh these things is blind, and cannot see afar off, and hath forgotten that he was purged from his old sins” (2 Peter 1:8–9).

Early successes caused us to think that homeschooling itself was the magic cure for a worldly culture. Parents relaxed and let the system carry them along. Generally speaking, today’s homeschoolers are just kids who happen to do school at home when it suits them or their parents.

Thankfully, I can see that the pendulum is beginning to swing back. After experimenting with exotic tangents that failed, parents are more cautious about jumping on a panacea parade bus.

There is a new generation rising that is learning from history. These new parents don’t have the fire or vision of the Purist Trailblazers, and they don’t want to become authoritarians like the Law Makers, yet they know in their hearts that church has become the godly family’s enemy number one. I have no idea what the new generation will be called, but I do know that they are alarmed by what they see and surely don’t want their children to end up like many of the young people on the fringe of their culture. This new generation of families are nice people, in some cases too nice to exercise decisive judgment for the sake of their children. Nevertheless, their alarm grows daily. If they respond right, their kids might make it.

The prophets’ role was to warn God’s people and call them back to the old paths, and they were greatly disliked for it, often killed by the very people they loved and warned. I am sorry for what I see and in turn write. I want to say, “happy, happy, happy,” but then I would be hiding the truth. The Law Makers arose out of the vacuum of spirit-led believers. The Excel at All Cost generation let the world dictate the avenue to success—even defining success—a path that sidelined fear of God and respect for his perfect Word. It is loving, hearing, believing, and living God’s written Word that keeps a people on track.

Paul wrote to the Thessalonians, “when ye received the word of God which ye heard of us, ye received it not as the word of men, but as it is in truth, the word of God, which effectually worketh also in you that believe” (1 Thessalonians 2:13). The Word of God effectually works that which psychology and academics can never accomplish. The words of God penetrate deeply and effect an inner transformation that cannot be duplicated by worldly methods. Success is not reached with a halfhearted effort. It’s all or nothing. Maybe that is what the new generation will be called: All or Nothing. I like the sound of that and hope it will come to pass, for only in the context of Christian homeschooling will truth and morality survive in America.

There is one issue we want to address: the many young women passed over and still waiting to be discovered by a worthy young man—or slightly older young man. The next article offers positive advice to these young ladies.

We encourage you to watch all of Mike’s Romans Bible study series as a family. We have been amazed at how children as young as seven years old readily understand and enjoy Mike’s visual Bible Studies. Get a Good and Evil book and read through it together. Have your young children look up the verses at the bottom of the pages. Read the stories in the Bible. Entertain the kids with the G&E animated video. Put audio Bible reading on for your children as they drift off to sleep. Saturate them with God’s Word. And don’t bring devils into your home through porn or evil devices. Open the Word of God to your sons and your daughters while there is hope, found where it has always been—in God’s Word, the Authorized Version (KJV).

“Thy word is a lamp unto my feet, and a light unto my path.” (Psalm 119:105)
“Thy word have I hid in mine heart, that I might not sin against thee.” (Psalm 119:11)
“But the fruit of the Spirit is love, joy, peace, longsuffering, gentleness, goodness, faith, Meekness, temperance [Nine-fold goal of homeschooling]: against such there is no law [no law that can produce these fruits]. And they that are Christ’s have crucified the flesh with the affections and lusts. If we live in the Spirit, let us also walk in the Spirit. Let us not be desirous of vain glory [homeschooling for the praise of men], provoking one another, envying one another.” (Galatians 5:22–26)
“It is the spirit that quickeneth; the flesh profiteth nothing: the words that I speak unto you, they are spirit, and they are life.” (John 6:63)
“But if ye be led of the Spirit, ye are not under the law.” (Galatians 5:18)
“This I say then, Walk in the Spirit, and ye shall not fulfil the lust of the flesh.” (Galatians 5:16)