Filter by:
NGJ Magazine / Articles / Picking Up Toys
Do you get our FREE Magazine? 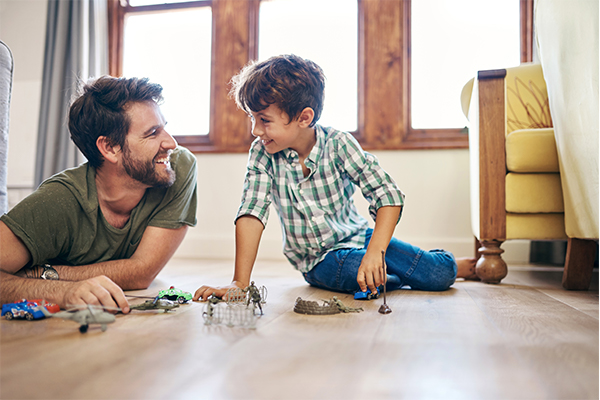 When the children were young, I had a firm rule about picking up toys before meals. In my training in physical therapy, I learned that it takes the same level of intellectual and motor skills to pull a toy out of a toy box as it does to put it back in. When I was the one pulling out toys for my babies to play with, I also put them all away. However, when I noticed that they were successfully pulling toys out of the toy box on their own, the “airplane” game began.

I’d call out “airplane time!” as I picked the child up and made fun sounds as they “flew” through the air. Then we’d fly down to a toy where I’d guide their hands and assist their fingers in picking it up. Supporting the toy and helping them hold their grip when necessary, we’d fly over to the basket that held their toys, hover over it, and drop it in with a satisfying “pwssshhhh!” Then off we’d go for another cargo run. We did this every day before lunch, supper, and bedtime until it became a habit.

By the time they were crawling, they scooted the toys to the toy basket on their own. When all three of the children demonstrated various motor skills, it was a group effort. James would be walking to put his toys away, Jesse would be crawling, and I would be “airplaning” Joy who was not yet crawling but had helped make the mess. If we went somewhere and they were able to pull toys out, I had them participate in putting them away. Sometimes, other people’s toy boxes were deeper than ours was. If I had to get the toys out, I helped put them away. They’d bring a toy to me, and I’d lift them up to drop it in. I concentrated on the motor skill they were capable of. By the time they were walking and able to get into all sizes of toy boxes, they were always expected to pick up their toys.

When we went out, others couldn’t believe their eyes that a baby knew how to follow a command and crawl their way to a toy box, picking up their toys. I often heard, “Oh, that’s okay. They don’t have to.” Or “They’re too young to understand that.” But they weren’t too young. They knew exactly what to do because it’s what they always did at home, every day. It was nothing new to them.

I was training my children to be responsible for their actions. Their own actions pulled the toys out. Their own actions needed to put toys back away. I trained them in a fun way first and reinforced the training multiple times a day until it became routine. It didn’t matter that they did not yet comprehend the concept of responsibility. They were learning to be responsible before they even understood what the word meant. The reasonable expectation is what a child is capable of—no more, no less. Wisdom is knowing what your child is capable of. You will know if you watch. Study your child. Train your child at home, letting your routine become habit. Then you will have their cooperation out in public because it’s normal to them and simply how things are done.