Filter by:
NGJ Magazine / Articles / Plantain
Do you get our FREE Magazine? 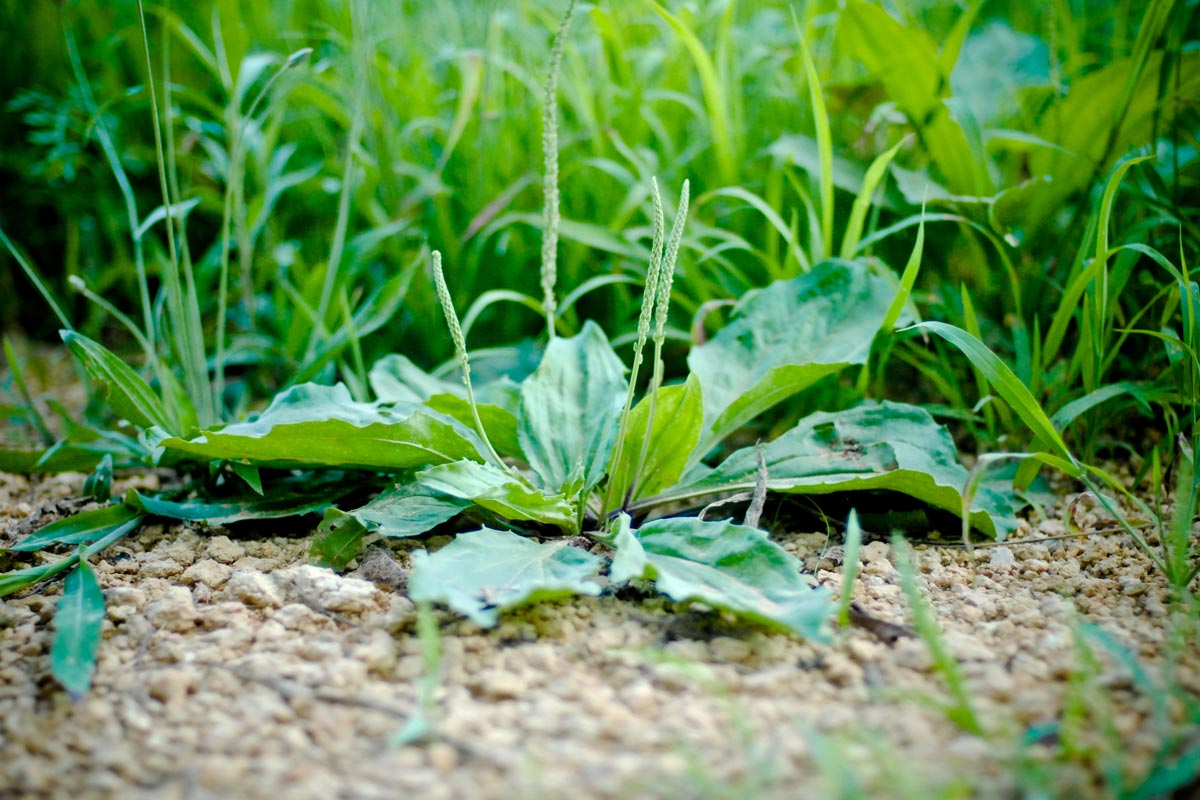 Originally featured on pages 12-13 of our May-June 2002 newsletter, this article has been updated and reprinted in our July-August magazine.

Being homeschooled, there were many opportunities to do things most kids just dream about. Dad and Mom were into gardening, and we canned thousands of jars of homegrown food every year. We always had acres and acres of vegetables. Dad said if we picked the extras we could sell them and the money would be ours. Starting very young, I would bring bushels of tomatoes, bell peppers, squash, and sweet corn to the end of our driveway to sell. I would get up at dawn to pick my fortune. Working hard in the early light, filling buckets to the top, great drops of sweat would roll down my face, but I knew I had a reward coming. Soon I would be down by the creek selling my vegetables and making money for an ice-cream sandwich. Best of all, I could go swimming when I had the opportunity.

One day when there were no customers in sight, I made a running jump and flew through the air. The creek was cold and clear, a perfect summer day. There was an old buggy rail with honeysuckle vines climbing up the sides. There was also a wood retaining wall about 15 feet tall from which I jumped into the deep pool. Everything was going fine until one particular jump. When my 59 pounds landed in the creek, the water splashed up and hit a large hornets’ nest that was hanging on the retaining wall. As I sunk beneath the water, I was completely clueless as to the angry nation of hornets that waited for my head to rise above the water. When my last breath of air was gone and my head parted the waters, the hornets went straight for my face—not just anywhere, but my eyes.

Just like that, I was stung three times. Two stings were about an inch above my right eye, and the other was right below it. AAAAAAaaaaaaaaah! The pain was excruciating. It was like a knife splitting through my perfect moment. I went underwater and swam as far and fast as I could, trying to trick the angry hornets. It worked, thankfully. As I came out of the water my face was already swelling. In less than five minutes I looked like I had been through ten rounds with Rocky Balboa.

About that time, Mom came over the bridge. Hearing my scream and seeing my distress, she could guess what happened. She came out of the car fast. Before I could even get over to her, she was on the ground chewing plantain leaves—as many as she could fit into her mouth. She had green slime running down her chin like it was going out of style. Before I knew it, Dr. Debi (Mom) had plastered that green slime all over my face. I looked like I was getting a French facial. In a matter of minutes the swelling had begun to subside and the pain was only a memory.

There are three different kinds of plantain: common plantain, English plantain, and hoary plantain. Plantain is an astringent. The leaves in the Plantago (plantains) genus contain tannin and thus are astringent, able to draw tissues together. Plantain also helps stop bleeding. In the Old World tradition, plantains figured as a remedy for cuts, sores, burns, snake and insect bites, and inflammation. A tea brewed from the seeds, which have a high mucilage content, was a widespread folk remedy for diarrhea, dysentery, and bleeding from mucous membranes.

To make a very handy summertime insect bite astringent (which will replace the messy, green-slime spit) simply combine 1/3 dried plantain and 2/3 apple cider vinegar in a clean glass jar. Cap and keep in a cool, dark place for three weeks, shaking daily. At the end of three weeks, strain the old herb off and bottle the vinegar tincture in an empty, plastic, dish-detergent bottle. Label it and apply to any bite as soon as possible. This works as well as the green slobber, although it lacks the visual dramatics.

Loquats for Your Health