Filter by:
NGJ Magazine / Articles / Prudent but not a Prude
Do you get our FREE Magazine? 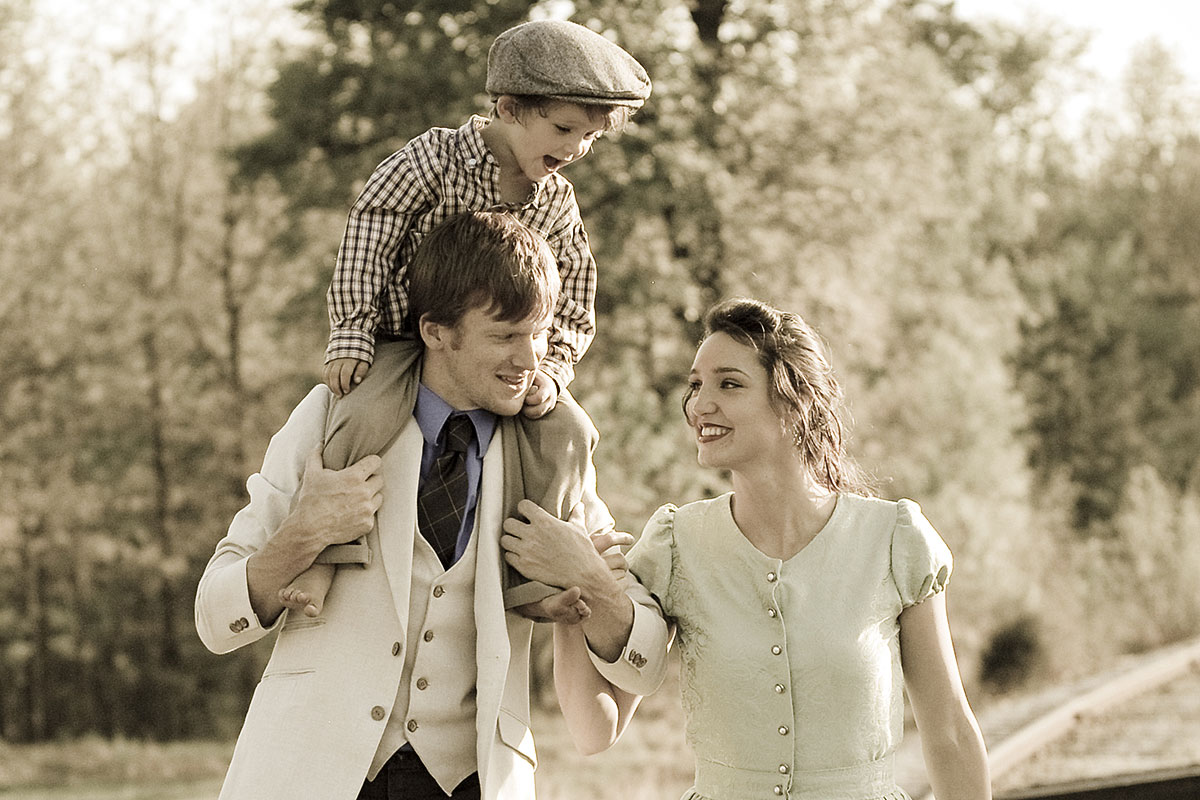 My parents were artists, and in between shows they conducted a ministry with men and women in the military—Sailors and Marines—in Millington, TN. I was three years old when the Navy started closing down the base school, and my parents decided to pack up and move all five of us kids to the country. We were outsiders, almost city slickers, who bought a piece of property right in the middle of an Amish community. It was a beautiful place and we learned so much from their culture. We were not Amish, just Bible believers who bought a farm. Even though we did not have rules and regulations governing our dress, we were raised to be respectful of the people around us. My parents stopped selling their art and tried to sell tomatoes instead, so we were organic-dirt poor. The clothes we did not make we bought at junk stores or yard sales. I learned to work hard and save money.

Dad and Mom had a wonderful marriage. People were always coming to them for marriage and family counseling and for Bible teaching. Mom instilled in us girls that when we married, our husband would be our head and we would be his help meet. She showed us every day what that looked like by the way she loved and worked alongside my dad.

Fast-forward to when I was 19. I married James Easling, a wonderful man from Washington State. We moved to Pennsylvania for a job and worked together restoring antique carnival rides. We made great money—better than my parents did when I was growing up on the farm. I remember at the mall one time, James wanted to buy clothes for me at the retail price. It was against every thrifty bone in my body. I tried to talk him out of it. I told him they were too expensive, but he said since we are making the money, we can spend it. I cringed but chose the cheapest thing and told him I liked it best. He smiled and picked the nicest thing and bought it along with my cheap selection. It felt wrong to spend the money when I really did not need it. Not only were they expensive, but they were not as conservative as I was used to.

Growing up in an Amish community, I naturally dressed more conservatively for the people I was around, and, without realizing it, I had built rules of modesty in my mind that were not to my husband’s taste. All the things he bought and those that elicited his compliments were tailored clothes. I worked to be his help meet but he was not what I grew up with; my clothes had always been cheap and four sizes too big.

Little by little, I began to realize that I was his but that I was trying to dress for everyone but him. So if he bought something for me, I would wear it for him. He glowed that I was his. He bought it for me, he picked it out, I looked amazing, and I was his. I started to realize that people were not looking at me, they were looking at us. “Look at that couple; they look so happy. That is so rare to see. What is different about them?” I had to let go of everyone else and decide to be his. It is funny because that is when people stopped seeing me, and saw us. We are so much more together.

I have found you can be prudent and not a prude. Money is just money and it will all burn. Clothes are just clothes and they will not last. My job is to be my husband’s help meet. Not his leader but his lover. Not his conscience but his confidante. Not his boss but his friend. Not his priest but his pride. We work hard together. We play hard together. We love each other and we still go shopping together! Oh yeah, and we make beautiful babies together.

Instilling Initiative in Our Children

6 comments on “Prudent but not a Prude”