Filter by:
NGJ Magazine / Articles / Publishing to All Nations
Do you get our FREE Magazine? 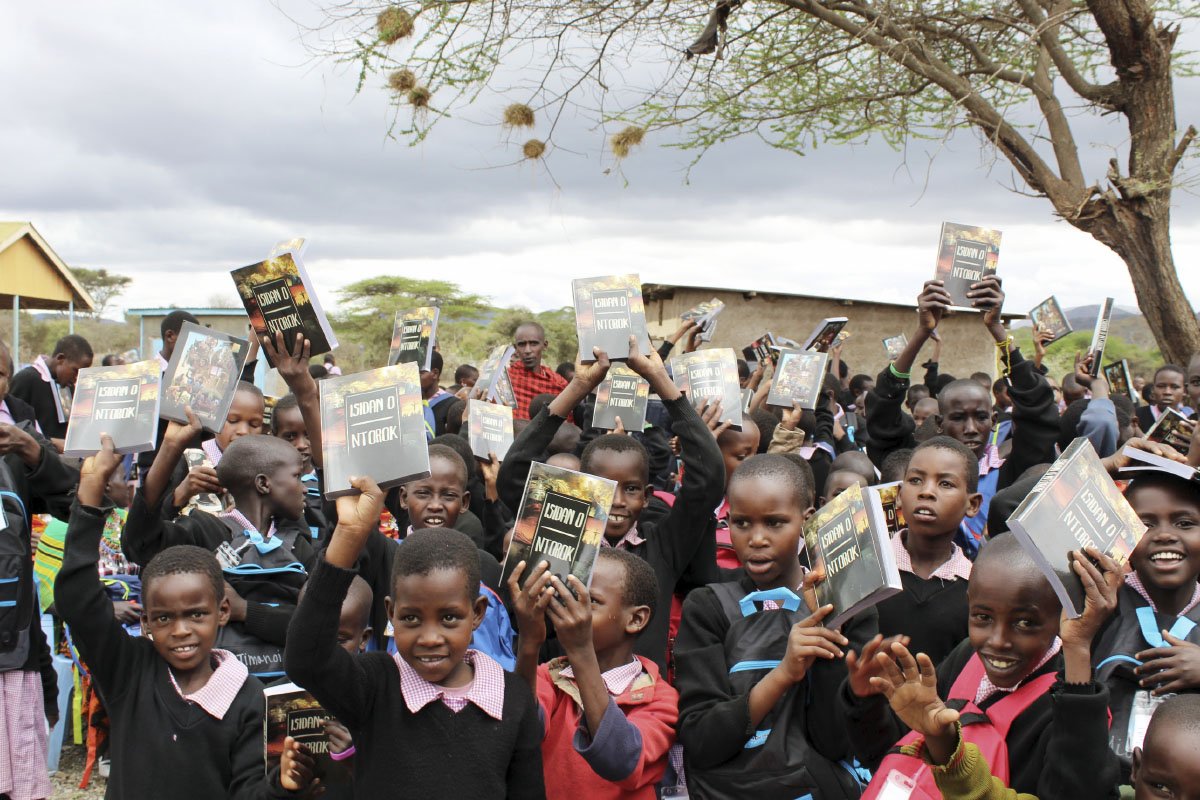 For the first time in human history, through the avenue of social media and cell phones, we have the ability to reach the entire world with the good news that God, the ruler and judge of the universe, sent his own Son to live among men and die in their place as a payment for sin. Our missionaries on the ground tell us that even in the most remote villages of the world, primitive tribes now have cell phones. When our daughter first went to Papua New Guinea 20 years ago, no one in the village had even seen a white person, much less a cell phone. They put my tall, skinny son up against a tree and marked it to prove to others how tall he was, since no one in the village had ever seen a human more than five feet tall. These remote mountain people were oblivious to anything that happened outside their mountain. They had no clue how the universe came to be. But today, the village men use cell phones as freely as we do, daily talking with friends on the coast. This reality changes missions as we have always known it. The man on the ground is still needed, but we cannot wait for someone to go. There are still a few tribes deep in the jungles that have no contact with the outside world, but many of the people who have never heard can be reached through social media. For just one penny a click, we are making the entire Bible story available to them in a language they can read. God has been stirring our hearts for this moment for many years, moving us forward to be prepared for this great push. For the last three years the laborers of No Greater Joy Ministries have been diligently working toward the goal of going into all the world and publishing the gospel. Our mission is to march across the globe with the good news on social media. Our timeline is 2020. We have already started.

About six years ago one of our mission-minded young men came up with an idea he called iMissionaries. This makes the Good and Evil book available on cell phones, and we can advertise it on any social media platform in any language, anywhere in the world, as a free download. Over the last three years our staff has been gathering data to determine what provokes people to click open a message on social media and what keeps them reading. Every download is a preacher being sent to share the entire message of God, and it can cost as little as one cent for each download. We have tested to see what is the most responsive age group, how best to appeal to different language groups, and what countries are most receptive to hearing the gospel. Our goal is to reach the people most interested in a cost-effective way. I believe we have now reached the stage in our translations, apps, and surveys/analyses to begin the process of reaching the entire world with the gospel. Our goal is that before the end of 2020, all 54 language groups for whom we have translated Good and Evil will be reached with the gospel message.

We are starting in India on January 1, 2020. For one cent, you can send a preacher to give the gospel to someone. For $10, you can get the gospel message to 1000. Please take note: What you give doesn’t pay for airfare, air-conditioned motels, or high-quality computers. What you give pays for clicks.

Late in the evening this January 1st, a 16-year-old girl in India will open up her phone and see an advertisement that says, “Where are you going to go when you die? God loves you and wants you to know him.” She clicks and the entire book of Good and Evil downloads and she starts to read. It is God’s story told with pictures and text in her language, starting with Creation, just like God chose to introduce himself. It is a riveting read. She tells her mama and her younger siblings what she read, and the next evening they all listen as she reads. Over the next three or four evenings, they read the entire book. When they finish, the little ones clap as the mother and daughter stare into each others’ eyes, “Jesus loves us and paid for our sins. We can know God. He loves us.” Heaven has come down through the internet. Millions will hear one penny at a time.

“And the gospel must first be published among all nations” (Mark 13:10). “And he said unto them, Go ye into all the world, and preach the gospel to every creature” (Mark 16:15). The fields are white unto harvest…

Will you join us starting in India and going to every nation while there is yet time?

The Power of Our God