Filter by:
NGJ Magazine / Articles / Raising Boys Who Raise Cain
Do you get our FREE Magazine? 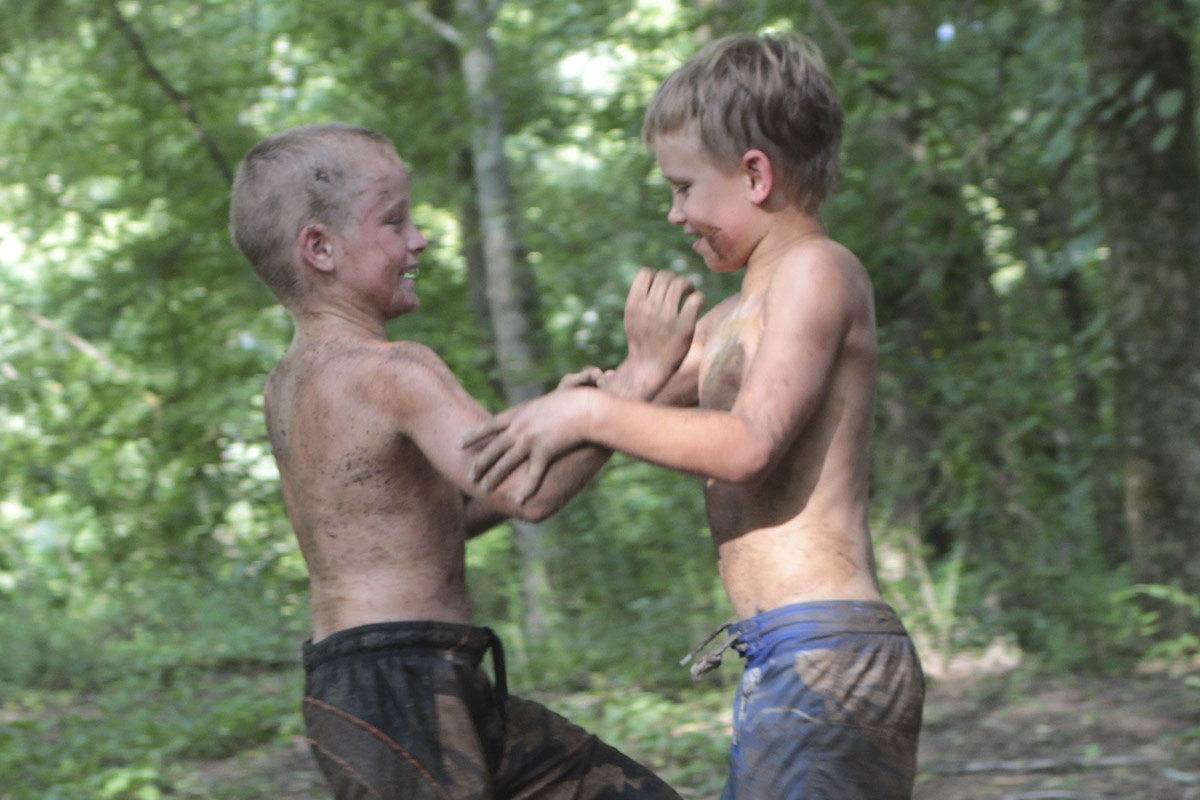 My boys are 12 and 10 years old, and they both have streaks of Command Man in them. I am a laid-back, mild, servant-type personality. They have recently begun to assert themselves, and the conflict has resulted in them having bad attitudes. After the latest incident with my oldest, I gave him work to do and told him he could not do anything else until the job was done satisfactorily, and he stopped being angry. I did this once and his heart softened, and he has been different since then. I don’t know how long it will last though. How do I raise boys to be strong men without suppressing their personality when my own personality is so laid-back? Where do I draw the line between raising a young man with King-type personality traits and excusing an overly dominant son without proper respect for authority? ~KC

Your question is universal and the issue very well stated. Your boys are normal and so are you. You have instinctively hit upon the solution when you took charge and “gave him extra work to do,” resulting in him ceasing his anger. You not only won compliance, you won his heart.

Your parenting is not at fault for having a “laid back, mild, servant” temperament. It wouldn’t matter if you were of a commanding personality and bubbling with overseeing energy. When boys start transitioning into little men, they try to throw off restraints like a cat with a sock over its head. I am more concerned for the digitally dazed darlings who dawdle over the dumbing-down blue screens and whine, “Do I have to?” Give me a young strapling filled with a driving desire to be the man. A strong, newly acquired mule must be harnessed to an oversized log and allowed to pull in defiance of the burden until he yields to the soft commands of his overseer. It doesn’t break the mule’s spirit; it causes him to yield his energies to the will of his lord. The mule finds peace in surrender and comes to enjoy the cooperative labor.

I can understand your concern of not wanting to “suppress their personality.” But it is actually too late for that. Children who are suppressed and muted in personality got that way before they were 4 years old. An overbearing father might suppress the expressions of maleness in his 12-year-old son, but even he cannot erase it. Your sons are going to become independent men very soon, no matter what you do. The question is, will they get there in an unregulated state of self-indulgence and disrespect for authority or will they achieve manhood as a soldier in training who respects authority?

My wife, the infamous Debi Pearl, had the exact same concerns when our boys were about that age. I never had any problem with them. I always maintained a position of leadership and control. But Deb came to me whining that Gabriel didn’t respect her. She was right. On occasion I had observed him responding to her more like she was his sister trying to impose upon his liberties. He was a little man at 8 or 10 years old. He was big for his age and skilled in a variety of things that most men never learn. He was confident, cocky, aggressive, and had a mind of his own. He and Nathan—two years younger—worked outside with me most of the time. I came in from work expecting to be catered to, which was my wife’s manner, so the boys came in from work and expected to be the second and third man in the house. My wife and daughters usually catered to the tired boys as well. After all, we had been out making a living for the family or tending to the chores on the place, so it was the natural order of a working farm or homestead. But when the boys were lazing around with no demands placed upon their time, they still had a sense of entitlement. I could just point and get their immediate attention and compliance, but Deb had to ask over and over again. They had gotten too big to spank, and her words didn’t carry any authority, so although they obeyed after a little nagging or pleading, she was wearied with the struggle to be the mother of two boys who thought they were men.

On many occasions she came to me with her complaints. I could just turn and look at them without any expression and they would jump up to obey her desire. But it was I who had the authority, and when I was not present, she always had to play tug-of-war with them.

After trying several failed remedies, finally, one day when she came to me with a complaint about the boys, I said, “It’s your fault they do not respect you; I can’t make them fear you; you must command respect on your own.” It is not good for boys to be under an authority that lacks authority. It teaches them to disrespect oversight and act in rebellion. I told Deb to think like she was me. “Speak like I do. Respect your own words and commands. Be shocked and offended if you have to speak twice. Never stoop to accept dissent. Promote yourself from private to drill sergeant. You have the power to court-martial them or to burden them with extra duty. The house is yours. You are graciously allowing them to sleep in a bed you make and eat at your table. Don’t debate a command with a private.” I told her, “When you believe in your authority, they will too.”

She hit the parade field like a newly promoted sergeant. She spoke and it was final. If I remember correctly, she even spanked them once or twice to let them know she was in charge. They were too big to cry and do much more than squirm, but the shock of their 120-pound mother taking a switch or belt to their backsides was enough to signal that she was running this ship right alongside Dad. If they tried to squirm out of a request or command, she just added to their chores.

It was amazing to see. These were uncharted waters for both of us. When I briefly tell the story it sounds like I was wise and discerning. But that was not the case. We were both feeling around in the dark, desperate to find a solution—if there was one. This was our first time to be parents of 8 and 10 year olds. We had no examples and no books to read. We were experimenting and acting on instinct. But the boys quickly developed the “fear of God” when Mother spoke. They liked her better when she liked herself enough to stand her ground.

Now all of you condemning psychologists out there will have a critical analysis about the psychological soundness of our approach, but the clinical trial is now complete. Gabriel is 42 years old and Nathan is 40. They are both gentle and compassionate toward their mother and continue to honor their father. They rise up and call us blessed (Proverbs 31:28). They happily complied from the day she put a holy fear into them. Both of them have the utmost respect for their wives and for women everywhere, and are guardians of femininity, protectors of those great women who sacrifice so much to be a blessing to the men in their lives. Go thou and do likewise.

Landon is Learning to Create a Beautiful Brain