Filter by:
NGJ Magazine / Articles / Russian Language Good and Evil Update
Do you get our FREE Magazine? 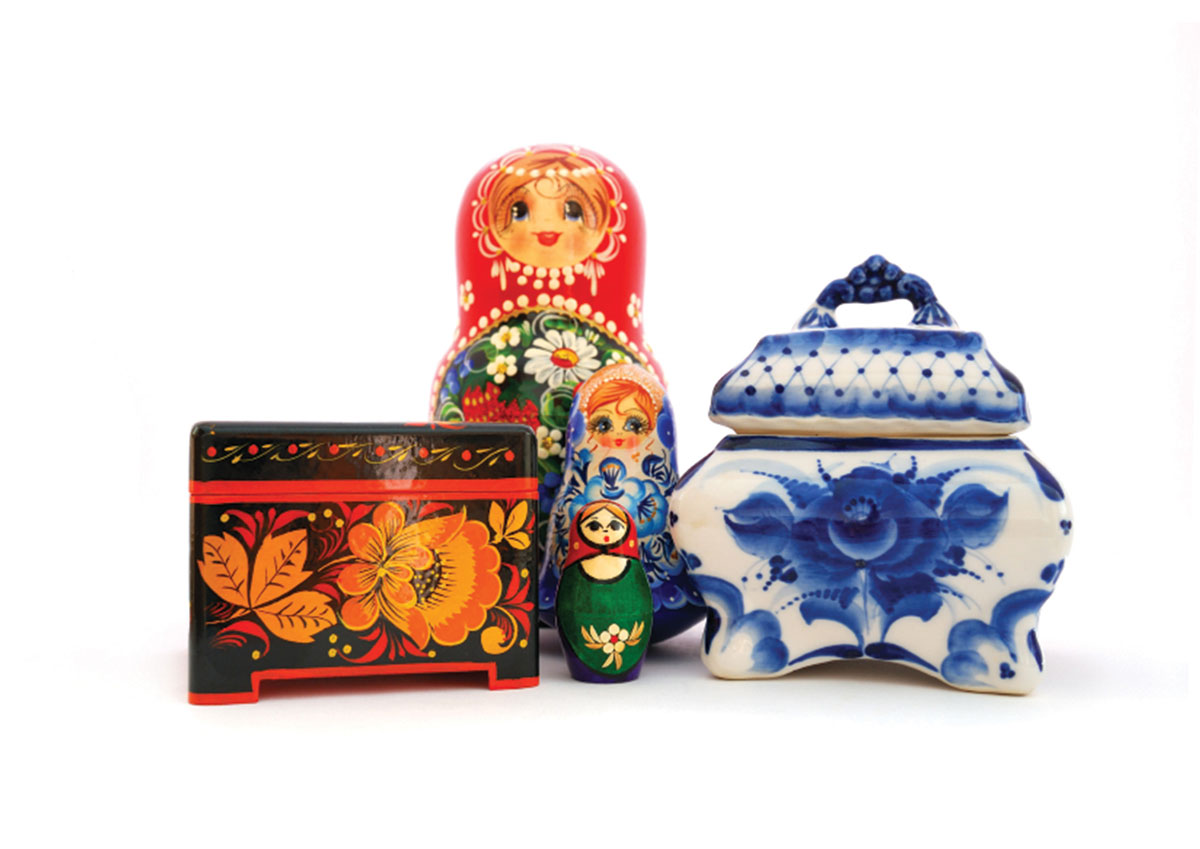 Pastor Andrew Ryzhkov of Byelorussian Mission www.ByelorussianMission.org agreed to start from scratch and translate Good and Evil into the Russian language within eight weeks. He is working closely with our coordinating missionary on the layout and graphics part of the book.

Both Andrew and his wife Inna are firmly committed to having Good and Evil widely distributed not only in Russia, but to Russian speaking people throughout the former Soviet Union and the U.S. What is different about this translation compared to the previous ones, is that they are fully funding this themselves, allowing the Good and Evil funds on hand to be used for other translations.

Pastor Andrew wanted to meet my assistant, Chuck, and I. So after he met with our coordinating missionary, Andrew drove to where we were exhibiting at the International Christian Trade Show in Atlanta. There we discussed a going forward strategy. Part of the strategy is to make the Russian Good and Evil available for sale through NGJ.

If you have any questions on this or any other of the translations we are working on, be sure to email me at [email protected]. Our goal is to have 10,000 copies printed by May 1, 2010.

If you would like to contribute to this project you can make a contribution to No Greater Joy; in the memo section of your check write “Russian,” and your contribution will become designated to funding this specific project. Following is a testimony from Inna Ryzkhov. – Mel

“Oh the depth of the riches both of the wisdom and knowledge of God! How unsearchable are His judgments, and his ways past finding out!” (Rom. 11:33)

When I became a Christian in 1992, my Byelorussian-Jewish family and relatives were all shocked and strongly opposed my decision. “You will be expelled from the University and end up in the prison for teaching children religion,” reasoned my communist grandfather. “I know life!” He had much personal experience and good reason to be concerned. He lived during the times of the worst Soviet regimes.  But it was me who knew life, for life is Jesus! The Lord had mercy, and my grandfather repented ten years after my conversation.

Marital issues were the main concern of my mother. “I’ve been to your church. It’s mostly old ladies, and you will have no chance in finding a smart man there. What’s more, you spend all your time with those orphans. How will you find a husband?” When my loving mom realized how futile it was to try to change the direction of her stubborn 20-year old daughter, she sighed, “Well, if you want to be a Christian, go to America—everyone there is a Christian. They will welcome you! And why shouldn’t they? After all, you were born on the Fourth of July.”

On the day of my engagement to Andrew Ryzhkov, she accepted the Lord and began singing a new song, “You know, there is God on this earth!” Andrew was a student of Toccoa Falls Bible College at that time, and he came to Gomel, the second largest city in Belarus, to help reach out to orphans in our very first VBS ever.

Andrew and I were married and I joyously followed Andrew to the USA, where the Lord blessed us as we started our family, a church, and a mission. Amazingly, we discovered a vast, ripe, mission field right here in Atlanta. We met many Russian speaking people from all over the world, many of them Jewish intellectuals. Presently there are nearly 75,000 people from the former Soviet Union in the Atlanta area, and about 5,000,000 in the United States. This presents a unique opportunity to reach such people, people who would have been very hesitant and unlikely to go to church while they were still living in the Soviet Union.

When our firstborn, at the age of one, started showing off his indifference to public opinion, we cried out for help, and were given Michael Pearl’s revolutionary To Train Up a Child. Since that time we have been using No Greater Joy publications in our family and in our church. However, we always have had to translate these materials into our native language to reach the hearts of our people. An emigrant can learn to speak conversational or professional English, but it takes one’s own native language to touch the strings of their soul. That is why for the last few years we have been praying about translating Good and Evil into Russian.

And what about all the Russian speaking people in Belarus, Ukraine, Russian, Moldova, Kazakhstan and elsewhere? It would be a sin for us to forget our countrymen who are living in a post Soviet society, where availability of the Gospel is still so limited compared to much of the West. Two to three times a year Andrew organizes crusades and goes to Belarus along with groups of American Christians. What a wonderful gift Good and Evil would be for those attending the crusades in hospitals, orphanages, schools, prisons and colleges! Excellent Bible presentation and fine illustrations are treasured among the very artistic Russian culture. We plan to give local pastors Good and Evil to use as an evangelistic tool.

Please, pray for us as we work on translating Good and Evil into Russian. In April, Andrew will be flying to Minsk, the capital of Belarus, where the arrangements have been made, to print full color copies of Good and Evil for $5.00 each.

We have $21,346 to start, but we hope to expand this outreach so we can continue to distribute the book among the Russian Orthodox and Catholic Churches, and far and wide in Belarus and other Russian speaking countries. Our goal is to raise enough money to print 10,000 copies for the first edition and many more thousands in the future.

Please pray with us for this large endeavor, and also consider joining us on a mission trip this year in either July or September!