Filter by:
NGJ Magazine / Articles / Should the Relationship Move Forward?
Do you get our FREE Magazine? 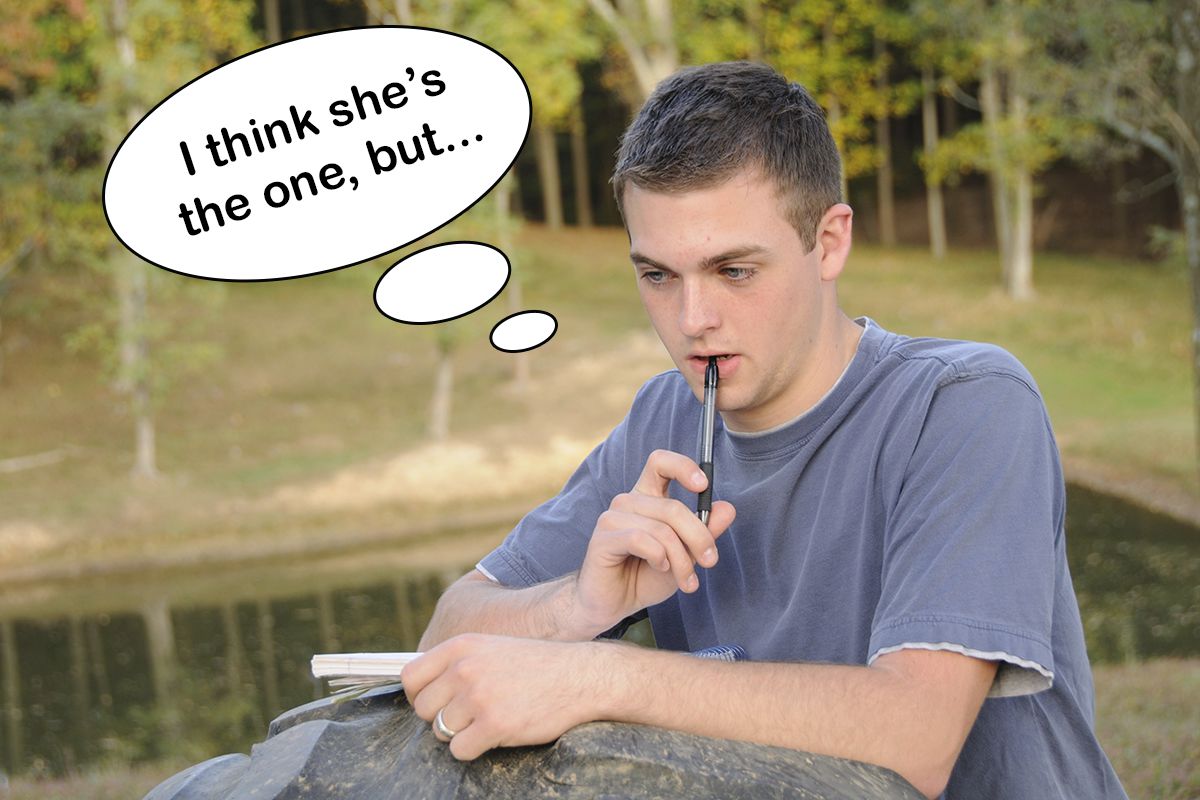 I’ve had my eye on this girl for a year. Since I live in a different state, we keep in touch daily with Skype. Her parents are youth directors. Their home is always open to the youth, and a bunch of the young people hang out all weekend and have done so for years.

Since this girl was a teenager, several of the same guys who don’t seek the Lord have spent the weekend evenings there watching movies or playing games. It looks bad.

She refers to these guys as her “really good friends.” A few weeks ago, I asked her point blank if she thought any of these guys were truly seeking God. Her answer was, “A little. I think they might be thinking about it. You need to get to know them because they’re really sweet.” Her choice of best friends gives me pause. I wonder, am I jealous?

I tell you, I’ve gone back and forth as I consider her for my future wife. I know she wonders why I hesitate in popping the big question. In light of Psalm 1, I wonder why her best hangout buddies are lost guys.

I am God’s servant, seeking first his kingdom. Should I go forward?

Who you are is where your heart is, and it sounds as if her heart is with lost guys. If a person really believed that there’s a heaven and a hell, and if they really believed that there’s eternity and a consequence for the way you lived, then how could they have an unsaved friend with whom they didn’t share Christ? They would want to share Christ every time they saw them. And if they did share Christ with them every time they saw them, the unsaved person(s) would either become a Christian or they wouldn’t come around anymore.

This young lady is allowing these visitors to set the tone of who and what she is, and this young man sees it. I would flee from such a girl, myself. I wouldn’t have anything to do with her, nor would I trust her. If you feel that God has led you to her and your heart is really there, then you need to sit down and have a heart-to-heart with her and say, “Why do you have unsaved friends? Why aren’t you sharing Christ with them?” Get to the bottom of it. Maybe she needs some guidance.

But I agree with you. I would have more than pause; I would just say goodbye, and I’d let her marry one of those guys she likes so well.

If you are a parent who has teenage children, you need to remember that your home is a refuge, a place of safety. Positioning your home as a place of entertainment is not what Christians are called to do. It reminds me of Lot.

You might say you’re ministering, but when children or teenagers come over three times in a row and they’re still lost, yet still like to come to your house to hang out, then you don’t have a house that is ministering, you have a house that is an entertainment center for lost people. Unbelievers ought to feel uncomfortable at your place after two or three times of coming. They should feel either terribly convicted or just want to leave, because your home should be a sanctuary unto the Lord. Your children should be safe in an environment conducive to growing up to know the Lord.

Sometimes we had unsaved kids at our house, but our children always knew they were there for us to minister to them. As a result, our kids were always kind of on edge. In other words, they were always being careful and cautious, and always looking for opportunities to share Christ. Sometimes there were lost guys who would come around to “hang out,” but if they didn’t want to know the Lord, they soon quit coming. And our daughters never hung out with unsaved guys. They didn’t even hang out with guys who were saved and not following the Lord. The people they hung out with were people who knew Christ and had the same heart as they did toward the things of God.

2 comments on “Should the Relationship Move Forward?”