Filter by:
NGJ Magazine / Articles / SINFUL Sensitivity
Do you get our FREE Magazine? 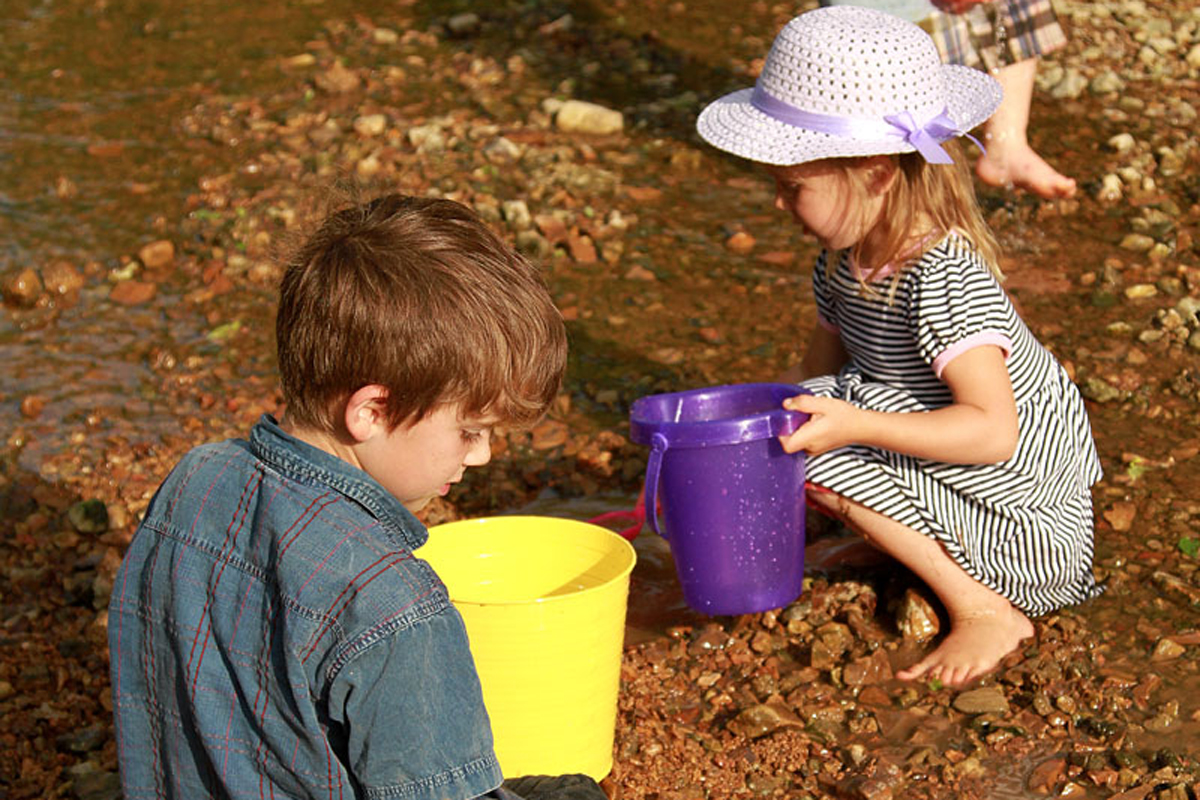 This sensitivity to not offend is a symptom of this hedonistic generation. The last virtue of a wicked society is tolerance. A sinner will throw away all the Bible, but still quote, “Judge not that ye be not judged.”

FROM A READER
My thirty-month-old daughter is well behaved most of the time. She has a three-year-old cousin who likes to bang her head into the wall, pinch, etc. This is not like normal squabbling. She is very violent. Other people in the church don’t want their children around the cousin because of her violence. When my brother-in-law and sister see her act this way they don’t discipline her for it. My little girl comes home with a stomachache every time she is with her cousin. But the other night when we were visiting, I heard the cousin crying, and when I went into the room my little girl was hitting her older cousin. I immediately took her into the bedroom and spanked her for retaliating. When I finally got her calmed down, I explained to her that she should not hit back. When other members of my family and friends heard about the incident they said I did wrong in spanking her. But now my little girl is starting to hit her younger cousins as she has been hit. She wants to go play with her cousin even though they fight sometimes. What do you think?
Sincerely, M.B.

Mike Responds
I think your little girl suffers from having a gutless mother. A thirty-month-old is too young to learn how to get tough. It’s a time when children are forming their world-views and learning how society is constructed and how one should relate to it. You are raising a great ghetto brat. She will be tough, mean, and independent. She will make a good women’s wrestler or bar-maid.

Your friends were correct. It is ridiculous that you spanked her for defending herself. It is even more ridiculous that you repeatedly put her back in this situation where she finds it necessary to defend herself or die a martyr's death. Adults can learn to take abuse from someone in their life and bounce back unchanged, but not a thirty-month-old. She is forced into association where her best friend abuses her. The cousin’s “training” influence on your little girl is more powerful than yours.

Give the little head-banging cousin one last kiss goodbye. And on the way out the door for the last time, tell your in-laws and outlaws that you cannot allow your daughter to associate with undisciplined terrorists. I know, we are back to the reason this thing developed this far. You don’t want to hurt their feelings, and you probably find some personal satisfaction in the social life that puts your daughter in this compromising situation. It would cost you too much to make public judgment and take charge of your life. It is easier to go along with the flow, complain, and lay the whole burden on your daughter.

Momma, get tough, for if you continue as you have, you will force your daughter to get tougher and meaner than you ever dreamed. And if you try to spank retaliation out of her, she will get meaner than ever.

FROM A READER
Dear Pearls,
I know this sounds silly but I need an answer NOW. When we go to a Church meeting and take our 3-month-old baby, our friend’s two-year-old boy keeps sticking his finger in my baby’s eyes, or other such things. I try to be nice and push his hand away, but he will not stop. How can I bring this to an end without causing a fuss?
D

Mike Responds
Dear Dori,
You are worried about hurting someone’s feelings. Ask your infant if she is willing to suffer the feelings of pain to protect your social reputation?

FROM A READER
Mike and Debi,
My father-in-law molested his daughters all their young life. He was caught, repented and is now preaching. I have 4 precious little girls and he often asks them to stay over for the night. I do not want to pull up old sins and cause new wounds by not letting them stay. My husband almost hates his dad but still tries to act normal. I tell my husband I want old wounds to heal and we need to do our part. Yet, I have fears. What is the Christian thing to do?

Mike Responds
The “Christian thing” to do is the motherly thing—protect your daughters at all costs to the feelings and reputations of any concerned.

The “Christian thing” did not get done to start with. According to the Law of Moses he should be put to death (Leviticus 20). Under our legal system he should have been turned over to the law where he would spend 20 years in jail. According to Jesus he should have suffered a public drowning. At the least he should castrate himself.

Matthew 18:6 “But whoso shall offend one of these little ones which believe in me, it were better for him that a millstone were hanged about his neck, and that he were drowned in the depth of the sea.
7 Woe unto the world because of offenses! for it must needs be that offenses come; but woe to that man by whom the offense cometh!
8 Wherefore if thy hand or thy foot offend thee, cut them off, and cast them from thee: it is better for thee to enter into life halt or maimed, rather than having two hands or two feet to be cast into everlasting fire.
9 And if thine eye offend thee, pluck it out, and cast it from thee: it is better for thee to enter into life with one eye, rather than having two eyes to be cast into hell fire.
10 Take heed that ye despise not one of these little ones; for I say unto you, That in heaven their angels do always behold the face of my Father which is in heaven.”

Mike Responds
It astounds me that you would dare to consider allowing your children to be out of your sight in his presence. He may well have repented, but I wouldn’t trust a man with a perfect record, how much less one who had a record of molesting his own daughters. Repenting does not change the flesh. The same flesh that once lusted after children is still capable of that lust. A truly repentant man would never expect anyone to trust him with their children. He of all people should be protective of children and caution others to be so.

I never allowed my girls to stay overnight with friends or relatives.

You talked about opening new wounds and healing old ones. The child rapist is not the one with the wounds. It is your husband and his sisters. From what you say, his wound is still festering. Wounds don't heal when they are covered up and kept out of the sunlight. This molesting father should weep and confess his failure to his children every so often. His contrition should be obvious, not by his willingness to make it an unspoken part of his past, but by his willingness to restore all those whom he has hurt—and is still hurting. When David sinned he didn’t cover it up; after he repented, he wrote songs about it as a way of warning others against falling into the same sin. The Bible says, “Them that sin rebuke before all, that others also may fear” (1Timothy 5:20).

Every week I go to prisons to minister. Many of the men are doing hard time for just such crimes as this man has committed. Some of them have been saved and are now men of God who will not return to their sin. I would trust them as friends and fellow church members, but I would never trust them, nor any man, with my young girls.

Men who raped their little children should never be allowed into a place of ministry to families. There is plenty of need and room for them to minister to street people and to substance abusers, but they should never be entrusted with pastorates. (1Timothy 3).

REFLECTION
You have read three letters from women who are reluctant to act for the good of their children because they did not want to offend anyone. This is a very common mentality—so common it is the norm. This sensitivity to not offend is a symptom of this hedonistic generation. The last virtue of a wicked society is tolerance. A sinner will throw away all the Bible, but still quote, “Judge not that ye be not judged.” The liberal becomes righteously indignant if anyone promotes any virtue other than non-judgmental tolerance. The Christian liberal calls judgment legalism, while the infidel calls it bigotry.

The Bible never commands us not to offend people; quite the contrary. Personal feelings are of no consequence. Truth, justice, and righteousness are what we should seek. If people have their feelings hurt because they don’t want to face their sin or neglect of child training, which should never deter us.

When the Scripture tells us not to give offense, it has absolutely nothing to do with feelings. Look up the word in a concordance and examine every time it is used. A Christian is not to cause another believer to be led to sin against his own conscience in regard to the questionable thing he allows. Or, in some cases, an offense is to break the law of God and thereby cause others to lose respect for the truth. Never are we told to regard the feelings of others above truth or justice.

“And they were offended in him. But Jesus said unto them, A prophet is not without honour, save in his own country, and in his own house.” Matthew 13:57
“Then came his disciples, and said unto him, Knowest thou that the Pharisees were offended, after they heard this saying? 13 But he answered and said, Every plant, which my heavenly Father hath not planted, shall be rooted up. 14 Let them alone: they be blind leaders of the blind. And if the blind lead the blind, both shall fall into the ditch.” Matthew 15:12-14

It amazes me that mothers are willing to protect the guilty at the risk of the innocent and helpless. Mother, get some teeth and claws. Ride to the rescue with horn blowing and saber waving.
Michael Pearl

To Obey Is Better

What Curriculum Do You Recommend for My 6-Year-Old?