Filter by:
NGJ Magazine / Articles / Sitting Practice
Do you get our FREE Magazine? 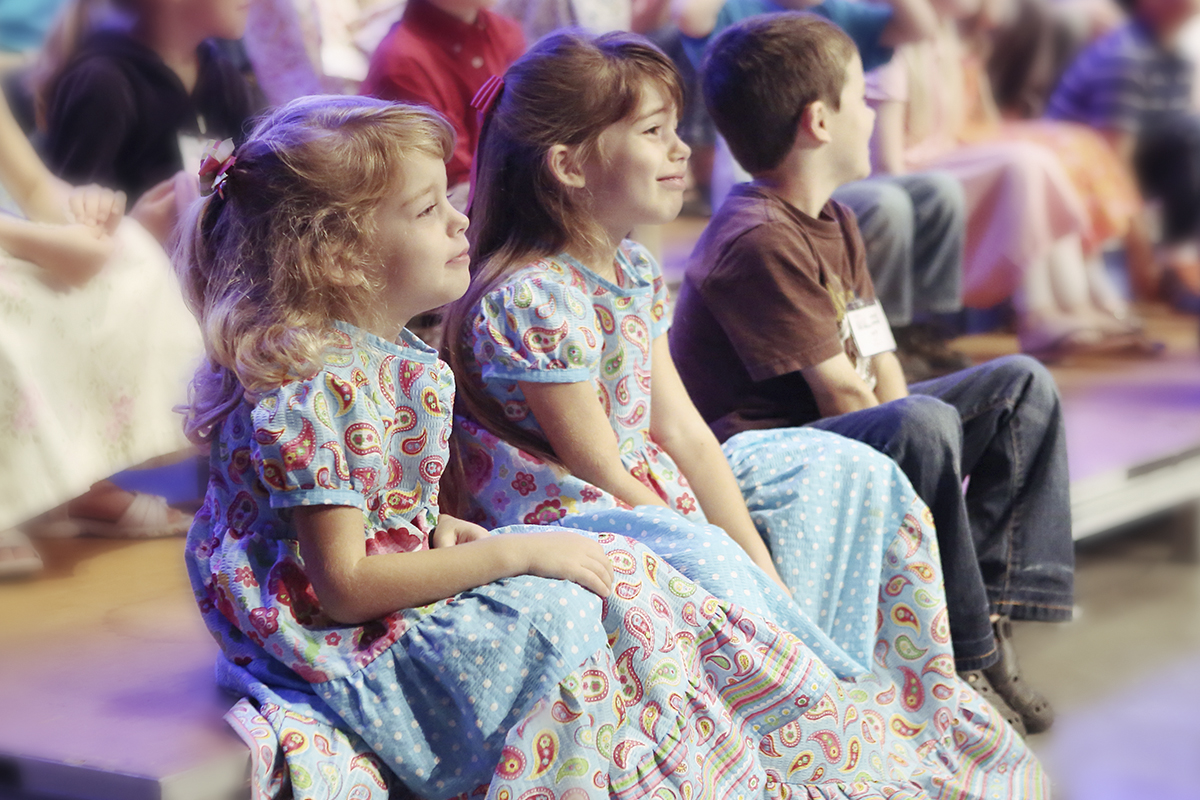 I was giving a short challenge at a baby shower recently to a mama who is about to have her fourth baby. I started by explaining that when you have two children, it’s normal. Three is pretty normal. But when you have your fourth, you’ve crossed a line. You’re in the ranks of “big” families, and you’ll forever be asked, “Are they all yours?”

I have five children, all adults now, but I never felt like I had a particularly big family. Maybe that’s because we had friends who had 8, 10, or even 12, but whatever the reason, I didn’t usually feel completely overwhelmed. Training is the key. But there are some helpful strategies when you have a big family, and this is one of my favorites.

A big event in our family’s life was attending church meetings. We preferred to sit on the front row, right in the middle of the action. We felt it would be easiest for our children (and us, if we’re being honest) to pay attention and get something out of it if we were right up front. So that’s where we always sat, and we never had to fight anyone for the front pew. But it became apparent very quickly that we would need to teach our kids to sit still and be quiet. My husband had the great idea to have sitting practice at home.

When we began this training, we had four little ones ranging in age from 1 to 6 years old. I would put on a preaching tape (this was in the olden days when we used cassette tapes – Google that for an explanation) and line the children up on the couch, with the youngest on my lap. The first day, I set a timer for two minutes and told the children they were to sit still and listen until it went off. They did not have toys or coloring books, and they were not to talk to touch each other. Nothing to occupy their minds or hands. The goal was to teach them self-control in increasing increments.

Be sure to begin with a time that is so short the children will assuredly be successful. Praise them and then let them go play. The next day, increase the time to two minutes and thirty seconds. Add time very gradually until over the course of a month or two, they are able to sit still and be quiet for as long as a normal sermon at your church is – 30 to 40 minutes or so.
When the next baby came along, he was added to the couch on Mama’s lap. When each child proved they had mastered the art of being still, they were excused from practice unless there was a relapse, which rarely happened.

Obviously it was nice to have my children not fidgeting and talking during church meetings. But one benefit we didn’t bargain for was that they absorbed so much! We were happily surprised at how much they “caught” when we thought they were quietly daydreaming.
Mama, do you enjoy being in a church service? Implement sitting practice and you’ll never miss another one!