Filter by:
NGJ Magazine / Articles / Sorry, I'm Tied Up at the Moment...
Do you get our FREE Magazine? 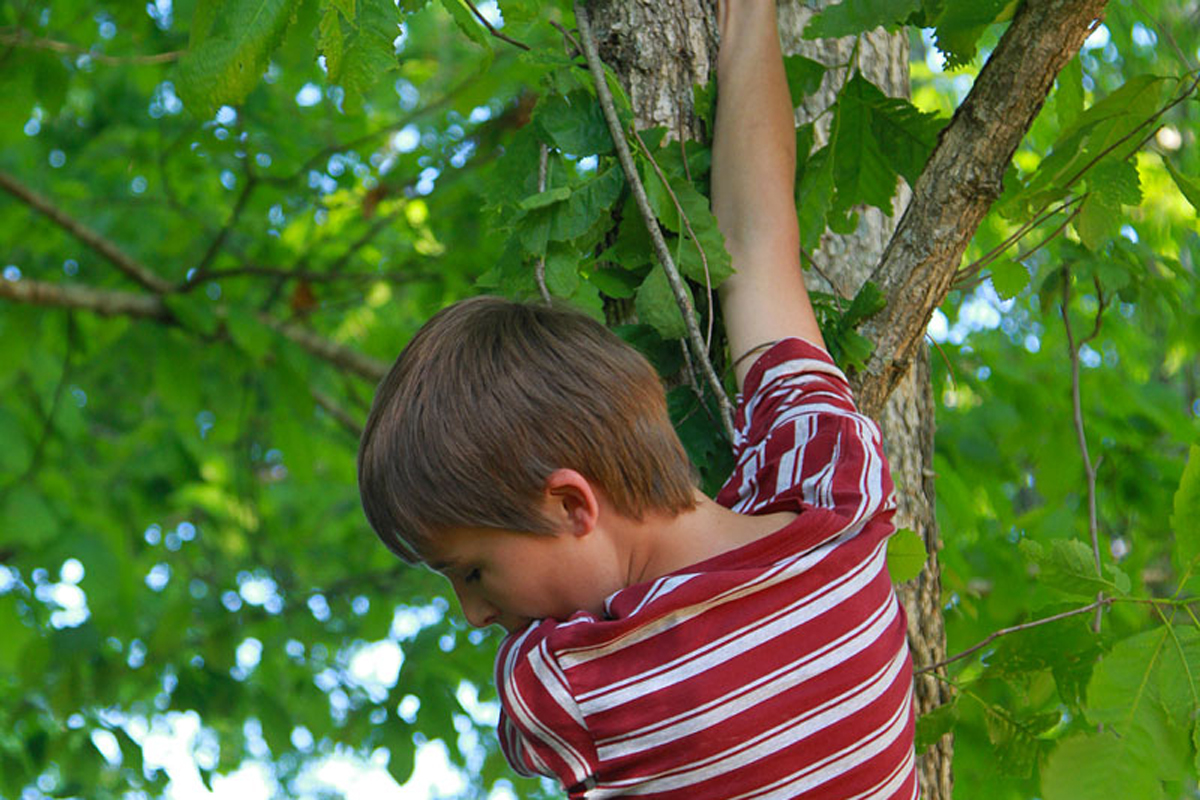 In keeping with our article on boys I have decided to relate an event that occurred last week. About twenty-five of us from the church, old and young, went camping and whitewater rafting. Deb and I didn’t raft, but we did camp out and cook over the open fire. During the evening, one of the little seven-year-old boys named Asher buzzed around the camp in his cut off pants. He was to be my charge the next day when his daddy floated the river. He is a wiry looking rascal of a kid.
He had forgotten to bring along a belt, so his pants just rode on his hips, revealing four inches of his Fruit of the Loom. During the first hour, at least a dozen people had told him to pull his pants up. I took note that he made no effort and had actually begun to use it as a way of getting attention. So I took some cord and offered to make him a belt. To my surprise, he resisted. When I made mild forceful attempts to tie his pants up, his resistance intensified. Look out! He was getting out of the pecking order. So I forcefully held him down while I tied up his pants. When I turned him loose he immediately began to act like a boy/man. He expressed his independence and defiance by cheerfully, in a competitive manner, making an attempt to untie the cord. This is still all in fun, but as a man responsible for the upcoming male population, I treated him as I would one of my own boys. I gave him a stern (while laughing) warning, “If you untie that cord, I will get a longer piece and tie you up in a manner the will make you sorry.” But he was determined to have it his way. I was determined that he should learn a little fear and respect (all in serious fun, mind you). He got the attention of the whole group as he finally freed himself. No backing up now. I couldn’t allow this boy to grow up without respect for “the powers that be.” So I obtained a fifteen-foot length of cord and chased him down. I weigh 230 pounds, and I am six feet, four inches tall. He is about four feet tall and weighs about fifty pounds. He put everything into his resistance, and I was thankful he wasn’t half my size or I might have failed in my endeavor. I just knew he had six legs and seven arms. I had to sit on his head and shoulders to work the cord through the loops of his pants. He squirmed and kicked till it felt like trying to contain a big coiled spring. Then I had to flip him over so I could thread the other side. He nearly got away that time. I was afraid he was going to bite me on the rear pocket. By this time we had a large cheering crowd. He was the favored contender. The encouragement only gave him strength. Between the flickering firelight, the flashing of cameras, the cloud of dust and the cheering, it must have looked like a real sporting event to the other campers.
To be true to my threat, after securing his pants, I ran the cord up over his shoulders, like suspenders, and down around his legs, drawn up like a calf, and finally tying one hand to his waist where his foot was tied. By his time I was laughing so hard that I could hardly continue, besides, I had used up the cord. But I had taught the little rebel his lesson. Don’t fool with the big guys. You always lose. So I jumped up, intending to step back and admire my handy-work, but nearly fell on my face. When I tried to catch my balance, I found I couldn’t separate my feet. Here I was doing this duck walk across the camp, my body bent halfway over, reaching for the ground to ease my collision, when I realized that in all this struggle, the kid had tied my shoelaces together. How he did it with me sitting on his head I will never know, but we learned our lessons. He kept the belt on, and I am going to pick on people more my own age and size. He is my kind of boy though.
I told you this story to define boys. I wouldn’t have them any other way. While I was making an unsuccessful attempt to untie my shoelaces, which finally had to be cut, the father was laughing and bragging about his boy. He thinks his kids are the greatest. They all know it, and are intolerably proud, secure, and happy. He doesn’t try to subdue them. He builds hurdles and teaches them to jump.
Our kids ought to be our favorite comedians, our most frequent pastime, our main hobby, our primary project, our best friends, our consuming passions, and the center around which all future plans revolve. That’s child training.

Encouraging the Adventurer in Your Son

The Brilliant Idiot: A Book Review