Filter by:
NGJ Magazine / Articles / Squashing Bad Habits
Do you get our FREE Magazine? 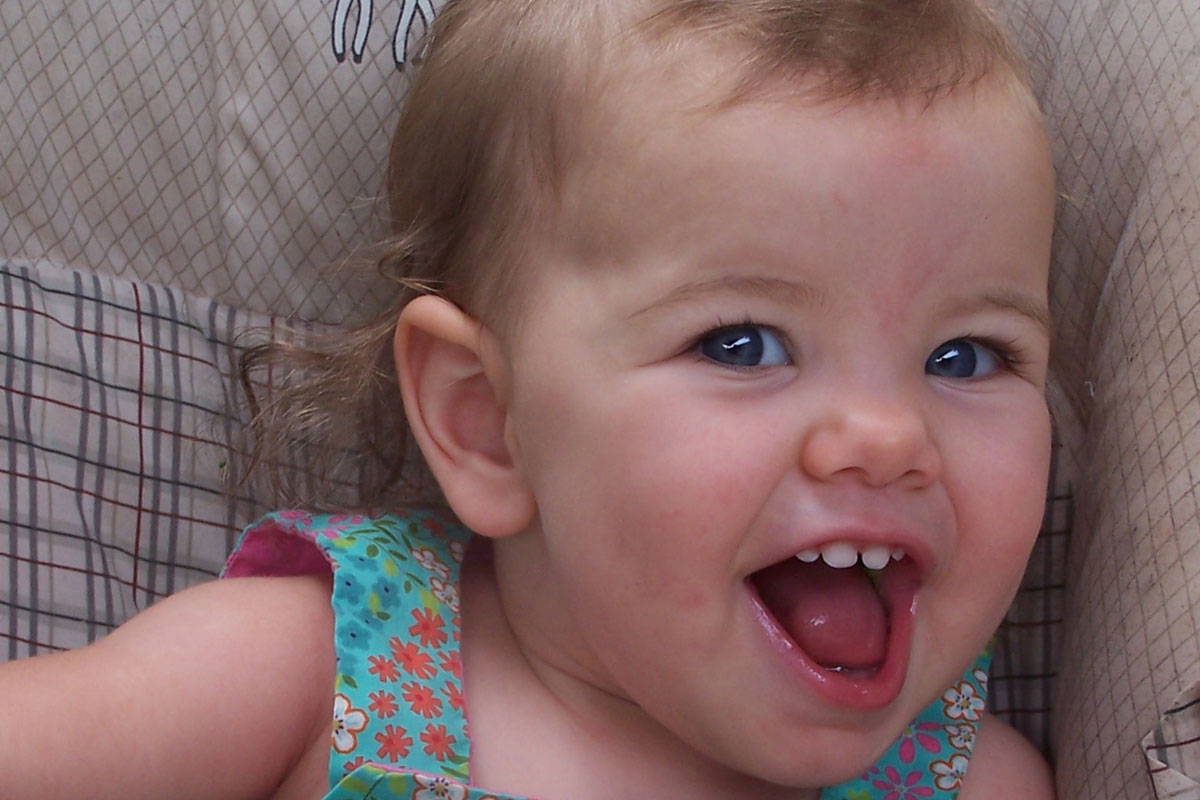 I recently found myself at a crossroads with my 1-year-old baby girl. I could either continue giving her crackers and Cheerios to keep her “tantrum free” at the dinner table, or I could embrace the opportunity to train her to eat healthy food that I knew she needed.

Unfortunately, I had let this behavior slip up on me; I didn’t even recognize the habit I had formed with her by “hiding” the less tasty veggies inside her applesauce or sweet potatoes!  But, I DID know well enough that the hard work I needed to put into training our little Sophie would pay off tenfold, because we have already had big successes in the past with her 3- and 4-year-old siblings when they were her age. What a blessing it is to see them eat whatever is offered with grateful hearts! So here was our plan:

Day One: “Baby Boot Camp” began. When Sophie was offered her usual steamed squash, she spit it out and threw her bite “overboard.” I swatted her because of her tantrum and bad attitude. This went on for several attempted bites. She finally quit spitting, but still refused to eat. So, in my happiest “you’re not bothering me one bit” tone, I took her plate to the refrigerator. Each time she would ask for more food, I would smile, go get her squash, and offer her a bite—which she would refuse…and refuse…and refuse.

After that, she got down out of her high chair and went on with her usual day and usual nap. When she woke up, I served her the squash again, which she again refused.

My mother’s heart was strained for those hours knowing that she was hungry, but I kept reciting Proverbs 31:25: “Strength and honor are her clothing.” And, then came a victory! After 10 long hours, she broke her “squash fast” and eagerly ate EVERY BITE!

Day Two: At breakfast, I served her blueberries, another food she had recently decided not to eat. But on this day, I made the mistake of giving Sophie a full cup of milk first, so I think her tummy was fuller than I needed her to be for “Baby Boot Camp.” However, her “blueberry fast” was shorter-lived than the day before—5 hours! I considered today a success!

Day Three: Today, I served her strawberries at breakfast, and she refused them, but only until after her morning nap (about 4 hours later). Then she ate them with complete delight. Also, I believe it is important to note at this point that she is no longer throwing any tantrums in her high chair.

Day Four: On the menu for lunch was lima beans, but this was the food she would choose to refuse today. I once again took her plate to the refrigerator, and after about one hour, she ate each and every lima bean on her plate, with pleasure!

Day Seven: “Sophie’s Last Stand.” Daddy served her some squash, but she refused it. So into the refrigerator it went, until about 10 minutes later when she asked to eat it and then gobbled it up!

It’s been several months now, and to date, our baby girl is one happy eater. Because of that, she has one happy mama and a happy daddy, too. Who wants to eat a meal with a whiny, picky, ungrateful eater? Praise God for giving us wisdom to tackle this at her young age! “If any of you lack wisdom, let him ask of God, that giveth to all men liberally, and upbraideth not; and it shall be given him” (James 1:5).

How to Find Your Soul Mate

A Wise Woman Builds Her House