Filter by:
NGJ Magazine / Articles / The Biblical Role of Husband and Wife
Do you get our FREE Magazine?

The Biblical Role of Husband and Wife 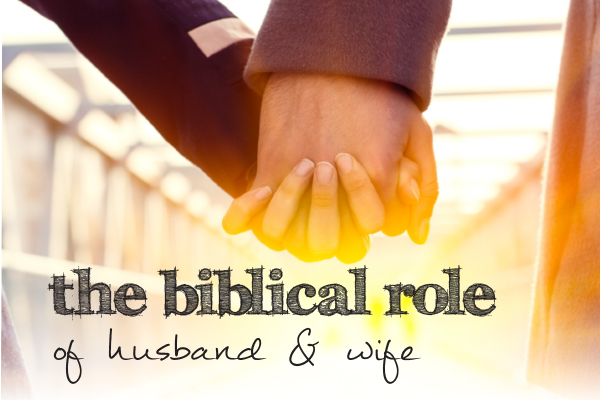 The biblical roles of a husband and wife are according to God in agreement with nature. Biblical truth is never adverse to nature. God created us and everything else. He never commands us to act in ways that are contrary to our best interests and that includes husband and wife roles. God’s way is the natural way,
meaning, it is the way to positive results in relationships and in self-satisfaction.

The Wife's role
A wife’s role, as God created her, is that of being a helper to her husband—that he might perform his responsibilities and fulfill his life’s calling. She spends her days and energy doing things that aid her husband in his role as a husband, father, and provider. She does not view her role as inferior, for she is not competing for his position and is therefore never in second place; she is at the top of a calling unique to her nature.
A wise woman is always learning. She is open to change. She is ready to hear. She wants to know. She uses her time wisely. She is busy all the time advancing and caring for her household. She takes her role and her husband’s role seriously.

The Husband's role
The husband is the protector, provider, and sustainer.
A wise man is always working toward ways that will enable him to be a productive provider for his family. He seeks to increase his productivity, always improving his marketplace value. He is mindful of his role as spiritual and moral leader of his family, taking active steps to nurture his wife and children. He is the family watchman, guarding against the influence of evil.

What a Wife's Role is not:
A wife does not bear the burden of provider, although a godly wife is diligent in lending her hands and living conservatively, as seen in Proverbs 31. She is not the final authority in any matter.
A good wife doesn’t live for her own accomplishments or achievements but for those of her husband.
She doesn’t pour her life into entertainment, competitive sports, adornment, or leisure. She minds her own business and is in a constant state of searching for how she might bless her household. You will not find her hanging out with the gals.

What a Husband's Role is not:
A husband is not his wife’s help meet or his children’s nanny. So many wives have written to us saying they are praying, begging God to bring their husband home (from outside work) so he can be a full-time daddy. Man was not created to be a spare mama. He is not the second in command but the first, whether he wants to be or not. He is not allowed the luxury of being a part of the normal day’s household, for his job before God is to provide and protect.
Man was not created to be a second mama, although all good daddies have a natural desire to care for their offspring. Just like mama lends a hand in bringing in the income, daddy needs to step up in the day to day lives of his children and home.
A husband is not a lord over the soul of his wife. He does not own her; he is head by means of example and by taking the first step in the right direction, expecting her to see the wisdom in his choice and follow. If she does not follow, he does not intimidate or use force—emotional or otherwise.

1. Every wise woman buildeth her house: but the foolish plucketh it down with her hands.
2. He that walketh in his uprightness feareth the LORD: but he that is perverse in his ways despiseth him.
Proverbs 14:1-2

Satisfied Husbands and Wives
A man finds fulfilment in his role as head of the house, and a wife finds fulfilment in her role as his helper—all according to nature. When biblical roles are not satisfying, it is because there is a misinterpretation of God’s expectation or there is a carnal heart that desires the lust of the flesh or pride of life over the will of God.
The devil is never satisfied with the will of God, nor is a man or woman whose heart is perverse. If the way of God is distasteful to you, know that you have developed unnatural tastes. We develop a taste for the things we eat regularly. Feed on the Word of God and you will develop a taste for godly things. n

One comment on “The Biblical Role of Husband and Wife”