Filter by:
NGJ Magazine / Articles / The Gift of Work
Do you get our FREE Magazine? 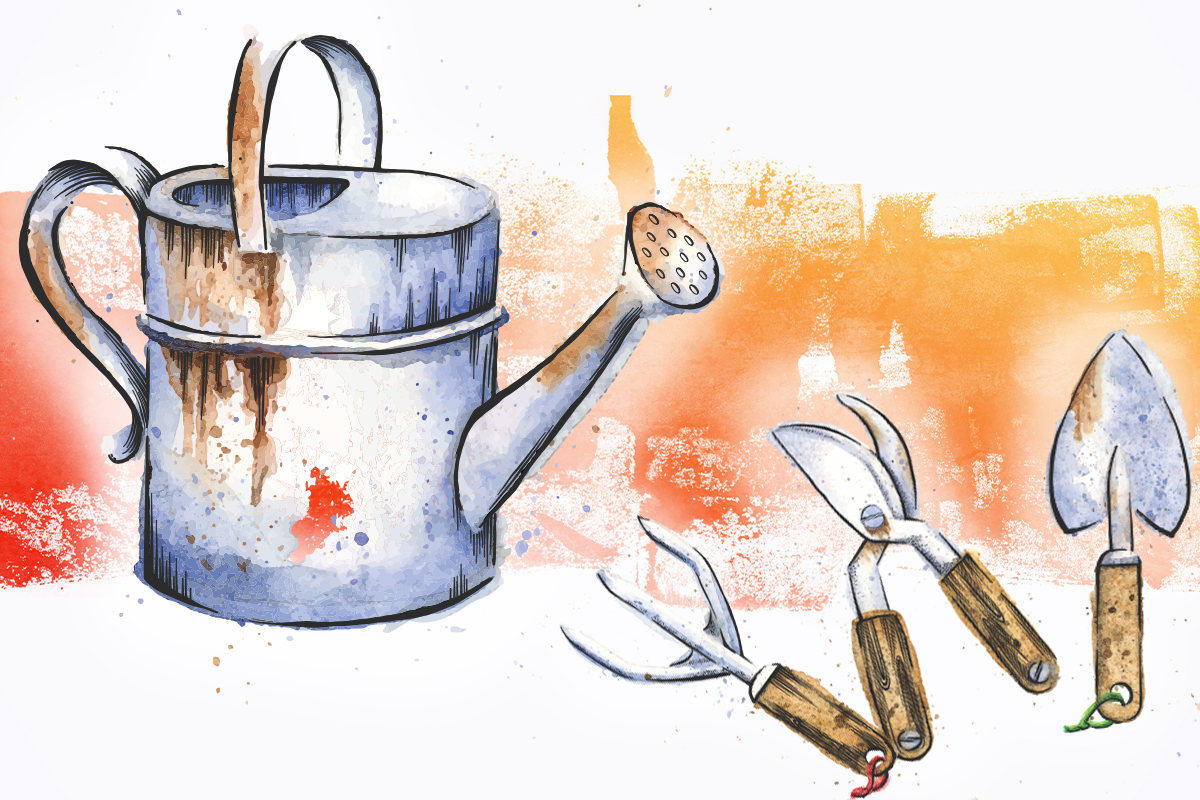 My children began helping around the house long before it was work to them. Every young child wants to do what their mommy is doing, but not every mother will let them do it until they are older and “more capable.” Unfortunately, often by the time they are willing to allow the child to help, the child is no longer interested. Then, it just looks like undesirable work.

Children are curious little creatures. And just like us adults, they hold the need to feel a sense of accomplishment in order to gain a sense of satisfaction for their day. When you help them meet this basic human need, it starts a pattern of curiosity, practicing, achievement, and satisfaction. This is exactly the pattern you want to encourage, for it will support their success for a lifetime.

Practically, they learn how to do things while thinking it was their idea, and they find it fun and gratifying. They enjoy the accomplishment of “work” since it is pleasurable to them. This is a mindset. And one that is important to cultivate and encourage. It later leads to a hardworking, trustworthy, respectful, and responsible young adult who is mature, respectful, and willing to learn.

Relationship-wise, it fosters a sweeter fellowship between the two of you. They feel good about themselves, and you were the one to help them. You become their hero, their cheerleader, and their advocate. You help them do what they couldn’t do alone. You spur them on to new heights and greater victories.

Yes, including your child when they are being more of a hindrance, getting in your way, taking up your time, and too young to be of much help is at first a sacrifice. Or is it? Sure, I could have gotten things done much more quickly without my children’s “help.” But I learned that rather than being a sacrifice, it is actually an investment into the future, and it pays in huge returns.

I remember my first experience with my oldest son before he was two years old. He was watching me empty the dishwasher and thought it looked so fun. He wanted to help. He was too small to reach and put much away, so I lifted him up on a stool in front of the silverware drawer.

After removing the larger sharp knives, I placed the silverware rack from the dishwasher onto the counter in front of him. I showed him where each item went, the regular spoons, the soup spoons, the small forks, the big forks, and the butter knives. He was impatient to do it “all himself.” Sound familiar? I kept a watchful eye on him as I continued to put away the rest of the dishwasher load.

It wasn’t long before he was demanding increased privileges to the knives. I decided that rather than try to keep them off-limits to an increasingly mobile toddler, it was better to teach him early. So, his first wielding of the knife was with a butter knife on a banana. Then on a sandwich. Next was a paring knife. By the time he was four, he nearly gave little old ladies heart attacks as he sliced and chopped with regular kitchen knives.

So, it was no stretch that helping with meal prep, cooking, and baking followed. Add to this laundry, sweeping, mopping, cleaning, and dusting. Each started as he expressed interest and before it became a “chore.” And each we first did together. As he proved himself capable, I allowed him more responsibility and freedom.

If you find yourself guilty of waiting until your child can actually be helpful, you’re not too late to start right where they are. Children of all ages are interested in doing what they are too young for. Start watching for your child’s interest and feed into it. Use questions to capture their interest. Then be prepared to allow them to fail without judgement or condemnation as they learn to persevere toward success.

As we worked, I taught, and we had fun. There are so many lessons to be learned, just waiting to be pointed out at a teachable moment. As I taught how to measure the laundry detergent, I taught both the practical (mathematical measurement) and the concept of being a good steward (by not pouring in too much, as this always seemed to be the temptation.) When I taught how to fry eggs, I explained sequencing and science (why we need butter in the pan first), safety and responsibility (the sensibility of cracking the eggs in a bowl first to ensure they didn’t serve eggshells), and the concept of time (cook for one minute on medium heat, then turn down to low until finished). When cleaning, mopping, and dusting, I demonstrated excellence in doing a good job, however big or small.

Habits, patterns, and routines were being formed during these activities in regard to how we related to each other while learning. I was intentional about piquing their interest, then spending time together learning about it. I was intentional with my words and attitudes in how I referred to things involving learning. I did my best to pull out the interesting, exciting, and fun elements. “Fun and easy,” “super exciting,” and “Isn’t this neat?”

I taught them early concepts with real life, and this is where learning and meaningful reality came together. Sometimes I set the stage for something I wanted them to learn. It was never a surprise that there was always a lesson to be learned in everything. This eventually carried over toward academics and curriculum.

When I asked my oldest son what he wanted to do for his seventh birthday, he said he wanted to make his own birthday supper. He was quite adamant that he wanted no help at all. He wanted to plan and do everything from start to finish himself. I wasn’t sure if he would be able to pull it off, but I figured it couldn’t hurt to let him give it a try.

I was impressed that he wanted to serve rather than be served for his birthday, so I supported him in every way I could. After he chose his recipes, I had him check the fridge and freezer, and then make a list of ingredients he still required for his recipes. Any offers to help beyond grocery shopping were politely but firmly turned down. To this day, none of us remember all the details of what he made, except for dessert. He had told us that he was going to make a pie, all by himself, homemade crust and all. The type of pie would be a surprise. My sister had been practicing making apple pies–to see if “easy as pie” really was true–and my three children had been helping her with both the crust and apples. They had concluded after several pies that it really was easy as pie. Now, James wanted to try it all by himself. I told the rest of the family that it didn’t matter how that pie turned out. We were all going to eat it.
When the long-awaited moment for dessert came, I held my breath as he presented his creation...a banana cream pie. I could hardly believe it. We’d never made such a pie before, and I hadn’t realized he liked banana creme. Besides the crust being slightly dry from some over-kneading, it was delicious. And it was the beginning of a new family tradition.
From that birthday forward for many years, I got kicked out of the kitchen on each of my children’s birthdays. The younger two didn’t even wait until they turned seven. They have made all sorts of meals from birthday breakfasts to expansive supper feasts. Sometimes they even had us dress up in our Vietnamese outfits for a cultural meal. I share this story to point out a few important things. Much was illustrated with this meal, though we were not pushing formal academic school very hard. James organized a menu, wrote out a shopping list, prepared all the dishes, and served all the food. This alone is nowadays high school home economics. James exhibited character traits of  self-motivation,responsibility, perseverance, and dedication throughout the process. While making the meal, he demonstrated abilities with planning, critical-thinking, problem-solving, and time-management. He displayed creativity, skill, proficiency, competency, and attention to detail. And he showed evidence of understanding academic concepts that he did not yet know on paper through his ability to follow and double the recipes.

To turn out a complete meal on time is no small feat, especially for a barely seven-year-old. This did not happen accidentally or haphazardly. It took the Biblical precepts of line upon line, and here a little, there a little to accomplish. Repetitive, consistent, and purposeful training. How difficult would it be then, for him to sit down and learn on paper what he already knows in reality? Raising up responsible learners comes before curriculum and is key to their continued scholastic learning.

Gearing Up for Homeschooling