Filter by:
NGJ Magazine / Articles / The Goo-Goo Lady
Do you get our FREE Magazine? 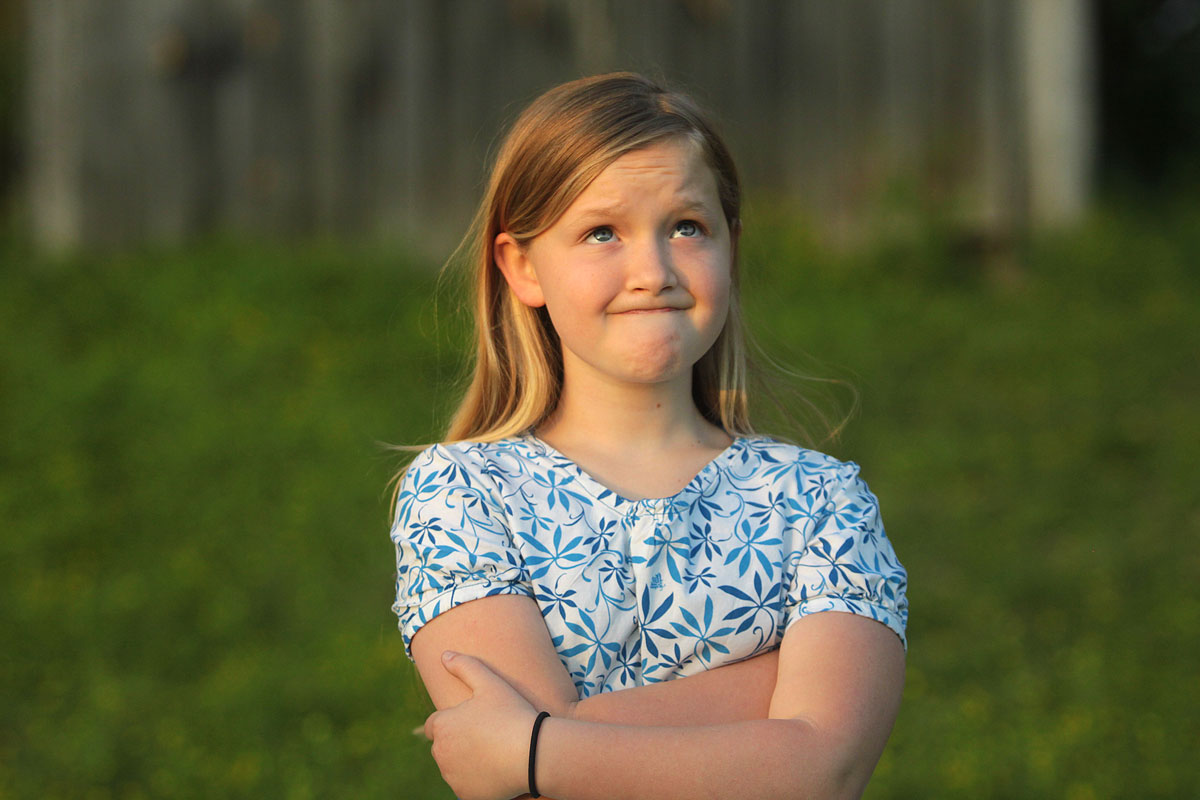 I may be just fifteen months old, but I am not as dumb as my muttering makes me look. After all, I’m learning the King’s English from adults that all talk like babies. When they talk to each other, it is easier to understand, but when they talk to us kids they slobber and goo until we have to laugh at them. Then they are satisfied and go back to speaking to each other where you can understand them. But that’s not what I wanted to tell you.
Just the other day, two ladies came to visit. They looked kind of funny, so I made the mistake of smiling at them. They couldn’t keep their hands off of me. I started showing them all the things I could do. You should have seen me; it would have made Barnum and Bailey look like a church play. I guess that with all the attention I got a little rowdy, as Dad would call it, so he told me to go into the other room. I didn’t want to leave my audience so I tried an old trick that I had almost forgotten. It had never worked with Dad, but I had used it successfully against mother on several occasions—that is until she read that second book—No Greater Joy, something or another.
Anyway, when Dad commanded me to go outside and join my brothers and sisters, I saw the goo-goo lady look absolutely stricken. So I put on a forlorn, pleading look, placed one finger in my mouth, hung my head and shoulders, and started gently rocking from side to side on the balls of my feet. I saw it on Shirley Temple. It worked well for her. I cut my eyes back to see how Dad was taking it, and he made a gesture toward his belt buckle. The ladies probably thought he was just scratching his belly button, but I knew better. I could not be sure that the presence of these two ladies would stop him from spanking me, so I decided not to take the risk. But as I headed out of the room, I got in one last shot. I cried just a little, so everyone would see how mean he was. The ouu-ahh lady jumped up and got right in front of me. She started making those unintelligible sounds that meant her reason had departed. I played it for all it was worth. My whimpers turned to sobs. She scooped me up and started saying things like, "pooooorrrrr baaaaabeeee, it’sss allll right. Therrre now. Sweet child." Then, looking from Dad to me she put on her most sanctified, compassionate look and said, "She wants to stay, don’t you dear?" I wiped my tears and tried to smile to show my appreciation. As she hugged me, I looked over her shoulder and saw Dad give Mom one of those "What do we do now looks?"
Mom jumped up and said, "Why don’t we all go in the kitchen for a cup of hot tea?" I smiled and pulled on the lady’s glasses, knowing I had won. Mom led the way, and the ladies followed. I had it all under control until I saw Dad step in front of my accomplice, and with a big smile he said, "I will take pumpkin; she may need to potty." He was smiling so sweetly with his mouth, but his eyes were chilled. Too late! He took me from the lady with the funny smell and then quietly shut the door to the kitchen. He sat me right back in the spot where I was sitting when he first commanded me to go outside. He went back to the chair where he had been sitting and quietly repeated his former command, "Go outside and play with the others." He didn’t fool me. I could tell that he was not going to cut me any slack. I think he was hoping I would balk. I may be selfish, but I’m not stupid. I turned to flee toward the back door. He said, "Stop." I stopped and slowly turned. He said, "Smile." I smiled. He said, "Now go outside." I went.
A word from the editor: The story you just read is true, for I watched it unfold in my living room this past week.

When Dad's Away, Boys Need More Than Play