Filter by:
NGJ Magazine / Articles / The Journey to Reaching the Uttermost
Do you get our FREE Magazine? 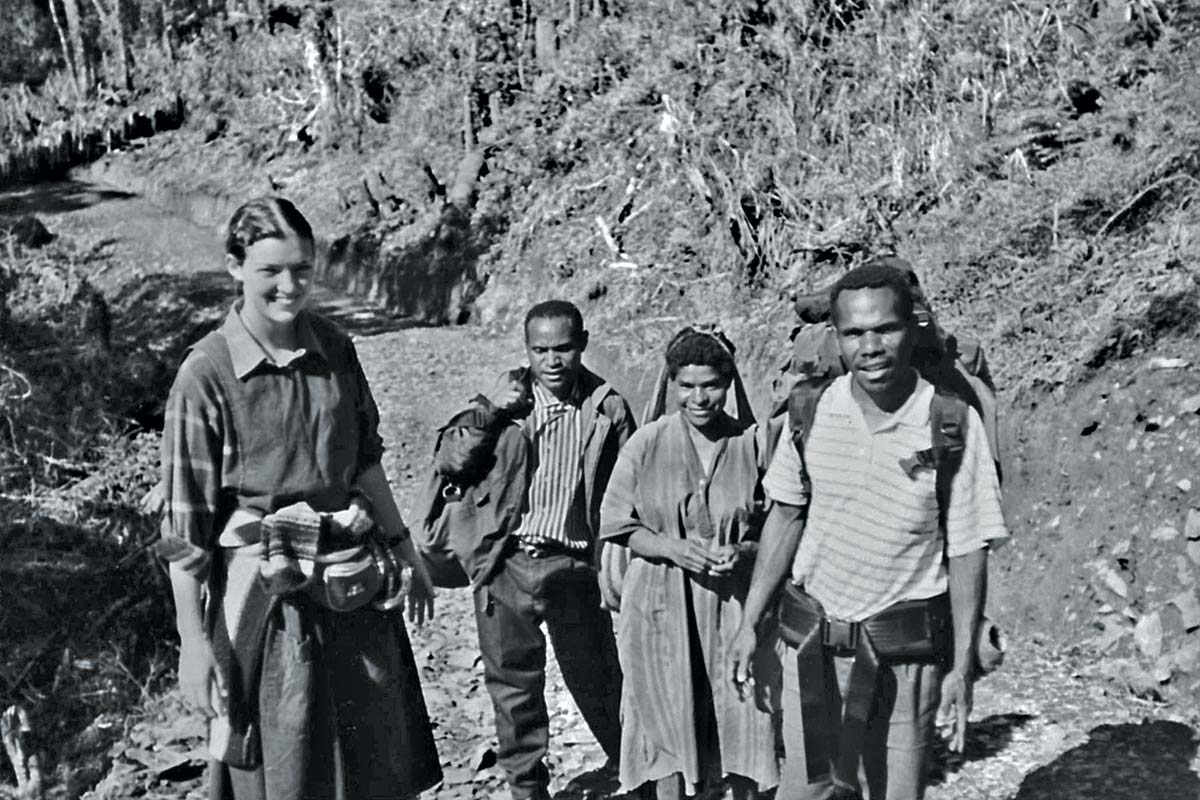 Reprinted from NGJ 1997. Rebekah Anast, at the time Rebekah Pearl, was on a mountain top in Papua New Guinea, days away from civilization.

“Sister Rebekah, this morning my daughter Ana was reading to me the verse that says we shall be witnesses unto Jerusalem, Judea, Samaria and to the uttermost parts of the earth. I don’t know where all these other places are, but I was thinking that we must be the Uttermost. Are we the Uttermost, Sister Rebekah?”

Papa Jashun rocked on his heels as he squatted there in the smoke by the kamp korip fire. The chickens squawked in alarm as his brother Tombi waved an expressive arm and answered Jashun’s question before I could reply, “Ami Akai! What makes you think we’re the Uttermost, Jashun?”

I laughed as Mama Waina spat toward the dirt floor and managed to hit a piglet right between the eyes. “If we’re not the Uttermost, who is?” she asked reasonably. “Rebekah was the first white woman we ever saw, and it took the gospel of Jesus Christ 2,000 years to get to us.”

Jashun turned his cassava root and kawkaw over in the coals before he answered smugly, “I know some people that are more Uttermost than we are. I heard some of the boys talking the other day about a new place they found while they were hunting seven days’ walk from here. They said some people there are so uncivilized they don’t even know how to make fire, and they don’t wear any clothes at all.” The others squatting around the fire all gasped in amazement and I eyed Jashun’s skinny loin cloth with wry humor.

“I guess it’s up to us to take the gospel to them then, huh?”  Tombi replied. “There is no way a white missionary would ever be able to bring them the gospel, but we could probably do it.” We huddled there in the smoke of the kamp korip house another hour or so while they discussed how to go about reaching the Uttermost, and my mind went back to the way God had brought me here among them, the Kumboi people.

The “Sister Rebekah” these tribal people were speaking with was our sweet homeschooled daughter who in 1991 went on a short mission trip to Papua New Guinea with New Tribes Mission. Here is what happened while she was there, written in her own words. Reprinted from NGJ 1991.

As I stood looking at the tribal war instruments inside the Papua New Guinea Museum, I heard a voice ask, “Yu Misiunlady, eh?” I turned to see the anxious black eyes of the native museum attendant. How should I answer him? I was just a 17-year-old homeschooler visiting missionaries overseas.  Yes, someday, I wanted to be a missionary but I really didn’t think of myself as a missionary now. Unable to explain this in the Pidgin trade language, I just nodded. He turned and pointed out the open doorway to the vast and unexplored jungle mountain of PNG. “My people live 2 days’ walk. We have no missionary. Old men, old women, all die and go to place that burns with fire. We need God’s talk. You come.”

Our daughter came home from that mission trip with a fire in her soul that burned through her years of college and linguistic training. She returned to Papua New Guinea with her oldest brother in 1996. Within a few months she called her daddy (Michael Pearl) and told him that it would take many years and thousands of missionaries to teach the people of Papua New Guinea who God is. Without knowing the character and attributes of God how could they understand why Jesus needed to give his life for them? They needed a picture book of the Bible. She said it could take the place of thousands of teachers and preachers, and the people would love to see and read the stories over and over again.

Rebekah’s daddy started looking for one so we could buy them by the thousands, but copyright laws tied up available literature, so he started writing and drawing, striving to create a book that would tell the story found in the Bible. It was a long, expensive, exhausting job, but it was worth it. To date (summer of 2014) the 320-page illustrated Bible story book, Good and Evil, has been published in 42 languages and is on the web for free download in 40 languages (goodandevilbook.com). Starting just this year, iMissionaries (which includes basically anyone of any age who is willing to take our ad and put it on Facebook or Twitter, in any language they choose, and pay a few cents per click) are reaching millions of previously unreachable people with the tools at imissionaries.org.  From all around the world, people of every nationality see the ads in their language, click to open the free offer, and read the message of the Bible in their own language. People who have never heard the name of Jesus are now believing and loving him. It would take a million missionaries many years to reach and then teach this many people in all these many languages, especially in the dangerous areas where the name of Jesus could mean certain death.

Think for a moment on the magnitude of what God has done. It all started with one young homeschool girl who believed God could use her to reach the Kumboi people of Papua New Guinea. How much bigger God’s vision was than hers!

It was almost 10 years after Rebekah first called her daddy and told him of her vision to reach the people of Papua New Guinea with a picture book of the Bible that the first Good and Evil book was published (English 2006). Less than a year later it was published in Spanish (2007), then the next year translations included Lao (2008), Hmong (2008), and German (2008) and so it goes until now with 42 languages in print and 40 on the web for free download. However. nearly 18 years later, Beka’s dream of a picture book for the Kumboi people remained unfulfilled.

Just this past spring another homeschooled young mother, who was raised in PNG, finished the translation of Good and Evil in the Tok Pisin language. The book is now being downloaded from the web by the folks in PNG and as soon as the funds become available, we will do a print run of Good and Evil in the Tok Pisin language and distribute it all over the country of Papua New Guinea. We have finally made it to the “Uttermost.” With the Good and Evil books in their hands, the mountain people of PNG can carry the story to those beyond the Uttermost.

Can God use a young girl to make an eternal difference? God calls us all to preach the gospel to every creature. You just read how God used two young girls to be the instruments for bringing the gospel to so many. So can God use you? Sign up to become an iMissionary today at imissionaries.org and start hearing from hundreds of people! (You might not know what they are saying, as their post to you will be in whichever language you choose, but you will know that your voice is being heard.) You can change eternity!