Filter by:
NGJ Magazine / Articles / The Measure of a Man...
Do you get our FREE Magazine? 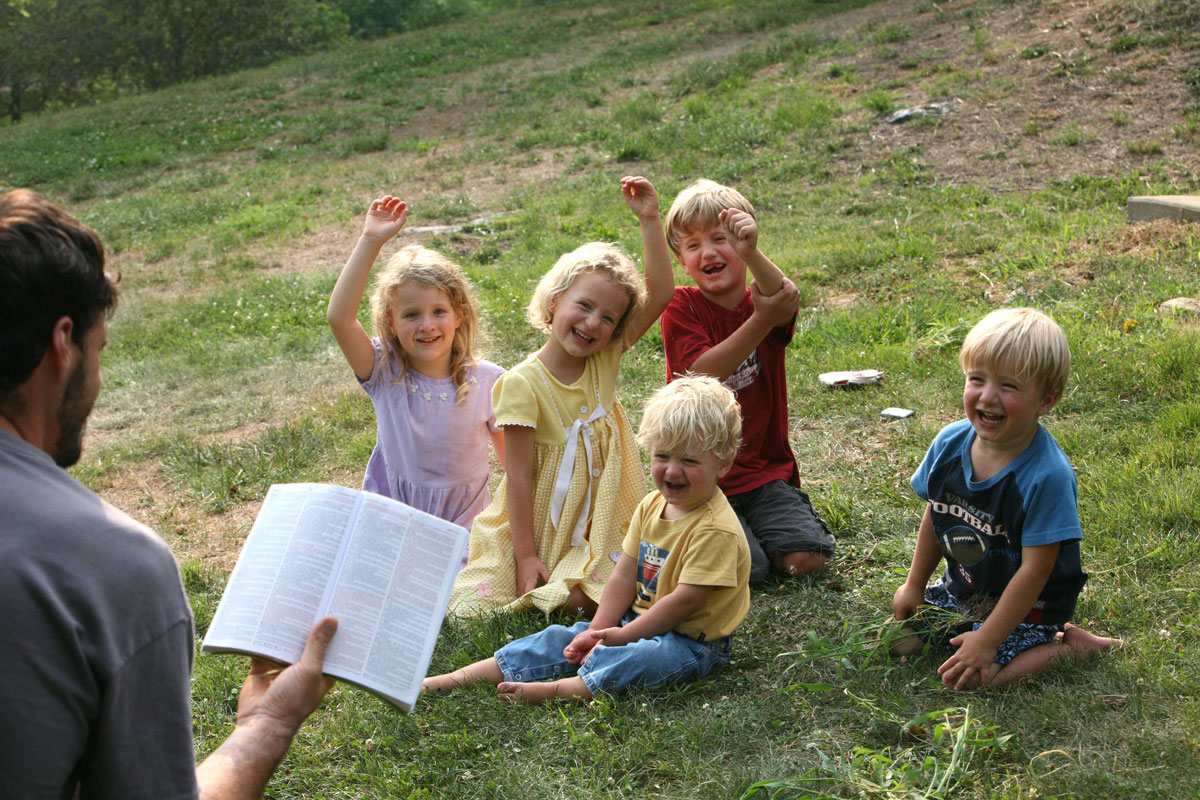 ...is always changing! When we were growing up at the Pearl house, there was an interior section of the hall wall that was never repainted, no matter how grubby, stained, or dented it became.

It is still there. The pencil and pen marks began about 24 inches off the floor and continued up the finger-spotted doorway to a 6 foot, five-inch mark. That is where my brother left off growing. Our closest friends and relatives were measured in that doorway as well, and the marks are as numerous as the lines on a tape measure. Every now and then through the years, somebody would threaten to paint over it, only to be shouted down in a chorus of “Noooo!” Sure, we’re all finished growing now, but the record of our past is still somehow important to us. Last summer, the Russian boys who stay with Mom and Dad during their summers kept track of their own growth spurts, and requested plaintively that we not erase their marks. They will return to the Pearl house this summer and add another mark or two.

When I was small, Dad used to tell or read us kids a Bible story every Saturday morning, while we illustrated the Bible tale on paper with crayons. One of the most significant stories to me as a child was the story of Joshua leading the people of Israel across the Jordan River after they had wandered in the desert for 40 extra years of misery. This time, as they finally crossed the river in faith, God rolled back the water for them, and they passed through as their fathers had at the Red Sea. On the other side, God spoke to Joshua and told him to go back out in the riverbed and mound up 12 stones, one for each tribe to signify that God had brought them over the Jordan River, and that they were now entering the promised land. The stones were to be set where “the priests’ feet stood firm” and were to be a “sign and a memorial unto the children of Israel for ever.”

As a child, this obscure story was very significant to me. What better thing to do, than to leave a mark where God has safely led you? Time passes so quickly, and one grows and changes so completely over the years... Surely it is wise to leave the measure of your inner man every now and then as a testimony of where God has led you.

At that time, I also began to keep a diary in poetry and stories I wrote of my thoughts about life in general. That measurement record on the doorframe was just one way for us to keep track of life’s changes; but it was an important one.

Today, I went outside and brought in an old board to lean up against Joseph’s wall. We stood him up against it and made his mark. He is three years old this week; he will never have a third birthday again. But he will always know how tall he was in March of 2004.

Make Your Own Measuring Wall: Simply choose a doorway or hallway wall that is clear and tall, and that you don’t mind letting become marked up. But if you think you might move, you can use a board that you carry with you throughout life. Stand your child up against the wallbare heels against the wall, back straight, and head up. Lay a book on edge touching his head, and press it against the wall to give you a level reference point. Mark his height with the pencil. Measure from floor to mark. Write the date, name, and measurement beside the mark—very small, because there will be a lot more marks before you are through.
Rebekah Joy Anast

Does What You Do Matter?