Filter by:
NGJ Magazine / Articles / The Power of a Story
Do you get our FREE Magazine? 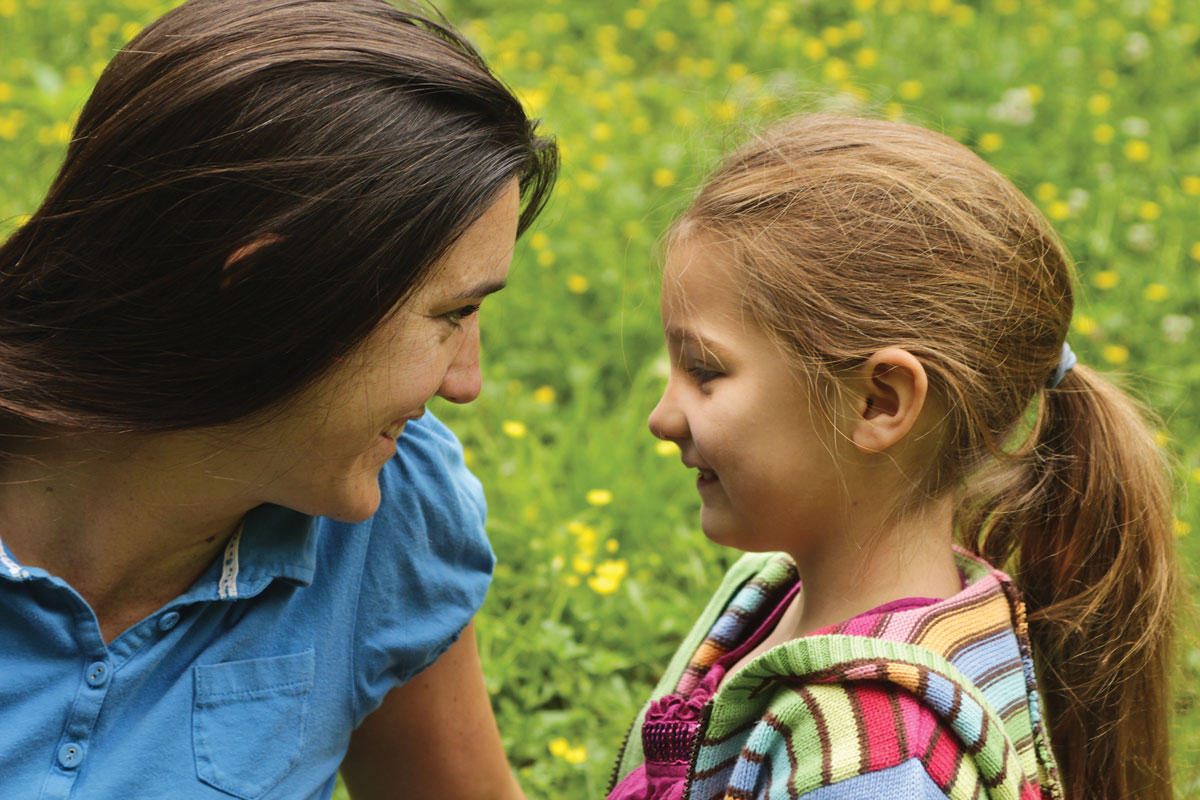 Telling stories is an important tool in a parent’s child-training kit. And the most potent story is one involving personal experience when you were a child. (This is the rest of Gracie’s story about the golf cart, so if you didn’t read her confession on the children’s page 10 you might want to glance back before reading further.)

The evening after the golf cart incident the repentant Gracie asked me, “Mama, did you ever do anything deceitful when you were a little girl?” I had thought it through, so I was ready with a story of deceitfulness and truth. “Well, I remember once when we were little girls Shoshanna was very deceitful. She let everyone believe a lie for two weeks.” I’ll tell you the story.

One hot summer day, Mama Pearl had all five of us children helping shuck and cut sweet corn. It is a long, tiring job. Shoshanna was only five years old at the time, two years younger than I was, and she was not much of a worker. She quickly grew weary of the hot job. She said to Mama Pearl, “I’m too tired and hot to work. Can I quit?” Mama Pearl told her she was free to go in the house and take a nap.

When the corn was finished, we went to the creek to wash the sticky corn off as we took a refreshing swim. Mama Pearl went in the house to tell Shoshanna she could go, but surprisingly Shoshanna was still fast asleep.

It was then that Mama Pearl noticed that the large red wall hanging that hung over where Shoshanna slept was cut all the way across the bottom. Ugly gashes from some kind of large pair of scissors had ruined the beautiful blanket. Mama Pearl wondered, “Who could have done such a thing? And why?” At first it seemed too hard a job for such a small girl as Shoshanna, and where could she have found scissors? Mama Pearl said she considered all the different people who had been to their house that day. Who could have done the bad deed if not little Shoshanna?

Mama Pearl waited until everyone was together at the dinner table that evening before mentioning the red wall hanging. “Did you see that the red blanket was cut today? Who could have done such a destructive thing?”

I jumped to my feet and raced out of the room to see. Shoshanna followed me. I couldn’t believe how awful it was, and wondered who could have done such a naughty thing. Shoshanna was loudly agreeing.

Mama Pearl told me later that she was almost sure it was Shoshanna who cut the blanket, but she knew that it was possible the blanket had been cut for several days and no one noticed it. If that was the case, it could have been someone else. She decided to wait until Shoshanna told the truth. Every day Mama Pearl told us a story about how important it was to walk in truth. She told us Bible stories and stories about the time she lied about flying in a helicopter when she was six years old.

I knew she was trying to help Shoshanna know how important it is to walk in truth. Cutting the blanket was bad, but becoming a liar was much worse. Every day Shoshanna would carry on about being afraid to take a nap in the room in case the bad person who cut the blanket came back while she slept. All us kids started to almost believe that maybe someone did come in and cut the blanket, because Shoshanna seemed so sincere and truthful when she talked about it. Who could lie that well?

One week passed, then another, and still Shoshanna worried about the bad guy coming in the room while she slept. I could see that even Mama Pearl was beginning to wonder if someone else had cut the blanket. But why would anyone do anything so silly and mean as cut a wall hanging?

Then one evening Shoshanna climbed up into Mama Pearl’s lap. Mama Pearl hugged her tight and started scratching her head as she hummed a song. Even though Shoshanna was big, she was still the youngest kid and she really liked sitting in Mama’s lap. I saw when Shoshanna turned her head and heard her whisper in Mama’s ear, “Mama, I cut it.”

Finally, after more than two weeks, she had admitted the truth. What a convincing liar she had become! All us kids thought about how she lied to us and we did not like it. How would we believe her next time? Who can trust a liar?

Mama Pearl was glad Shoshanna had finally told the truth, but she knew Shoshanna needed to be chastened for being so great a deceiver.

I heard Mama Pearl whisper to Shoshanna, “I’m glad you finally told the truth. Being a liar is a terrible thing, much worse than cutting the blanket. But even though I am glad you told the truth, you must be spanked for destroying the hanging and for lying all these days.”

Mama took the hidden scissors and put them away. They were large and very sharp. Mama Pearl explained to Shoshanna how dangerous they were and how glad she was that she had not cut herself. It was good that she had finally told the truth.

So Shoshanna got a spanking every day for two weeks—the number of days she had lied. And every day Mama Pearl reminded her how more than anything we wanted her to walk in truth. And that’s the story of why it is important to tell the truth.

My simple story of the red blanket made a grave impact on Gracie and Jeremiah. They both related to the child, Shoshanna, who harbored deceit for two long weeks. They both felt the burden of sin weighing down on them. I could see Gracie was glad she had come clean about the golf cart so soon. In the future this incident might cause both children to be cautious rather than foolish when they start driving vehicles. They learned that there are consequences in life. There are consequences for deceit. Wisdom gained young is so much better than regret suffered later.

God chose storytelling to teach us about himself. The Old Testament is a storybook. It teaches us who God is by the things he did with the Israelite people. It teaches the consequences of sin and the blessings of obedience. Stories are powerful tools for parents to instill wisdom.

Gracie will always remember the story of the red blanket. A story like that will cause children to value what you value. It will help them see that God highly values truth. Many times as parents we skim over a child’s lies, but each lie molds evil into the soul. Each truth builds the soul in justice, honor, and honesty. Habits of lying are instilled early, as are habits of truthfulness and honesty. Gracie might not remember an admonition, scolding, or even a spanking, but she will remember the story of the red blanket. When tempted to deceive, she will reflect on the stories, and the knowledge of truthfulness will help her be a wise girl.☺

• Tell the stories that happened when you were young

• Read Good and Evil to your children

Whom Shall He Make To Understand Doctrine

4 comments on “The Power of a Story”