Filter by:
NGJ Magazine / Articles / The Responsibility Train
Do you get our FREE Magazine? 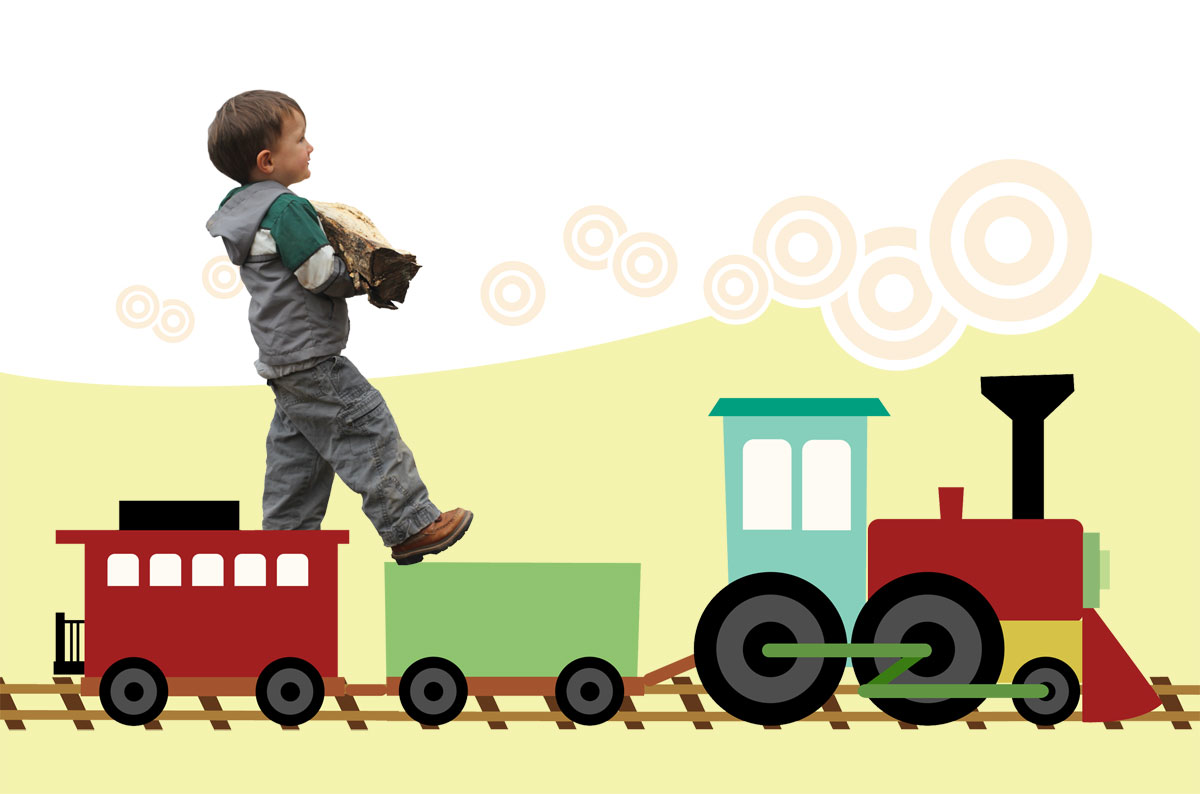 My two-year-old son Parker loves to build trains. He has a big “Tom the Train” set, and he is always looking for someone to sit down and build a long track so he can push his train over the track while he makes chug-chug, choo-choo sounds.

I can remember when Parker first joined our family train as the caboose, just being pulled along behind the rest of us, enjoying the ride. It was obvious from the start, that he knew without him we would not be a whole train—that he was needed to make us complete. As he has grown older, he has moved up in his responsibility, and it is a good thing, for soon a new caboose will take his place.  Our “baby” boy has become a working train car.

When he was first learning to walk we would tell him, “Go close the door, Parker,” and he would crawl or waddle over to the door, doing his job with pride. If one of the girls got to the door first, he would cry, for he knew it was his job, not theirs. He moved up in responsibility when he learned to take the garbage out for me, help carry the clean clothes, help wash dishes, and all the other things that let him know he was on the same track, pulling the same load as the rest of us. We are working together as a family to promote each child to a position in the train that is closer to the engine. Dad is the engine that keeps us moving forward, and we each have to do our jobs and follow behind.

This last summer Parker spent lots of time in the garden helping pick the tomatoes, corn, and beans, and then he would help can them. After we were finished canning, we carried them to the basement to be placed on shelves. He was a part of everything we did, for he is on the same track as we are, all going the same direction.

We have a pear tree in our yard that bears lots of fruit. Parker and his sisters picked up the fallen fruit and carried it in to be canned. This winter when we open a can of pears, he talks about the pear tree and the process by which the delicious fruit arrived on our table. Even though we understand very little of what he says, his excitement and gestures indicate he is delighted to have been a part of the food train that feeds the family.

We go out as a family to cut wood for our fireplace. My husband cuts the wood while the kids and I pick it up and put it in the trailer. Parker works harder than the girls when it is outside, “boy work”; he loves to help his daddy. He will go for the biggest piece of wood just to show his daddy how strong he is. We back the trailer up to the porch to unload it. I stand on the trailer and the kids make a train that reaches from me in the trailer to their dad on the porch who does the stacking. They think it is the greatest fun in the world. If they were left alone to do the job, they would think it slave labor, but when we all work together, it is pure enjoyment.

A train goes nowhere without an engine and an engineer. Granted, the train moves much slower with all the extra cars. A two-, four-, and seven-year-old plus a round-bellied mama toting the next caboose are not very efficient, but thankfully we have a patient engineer (Daddy) pulling us along.

We cut some of the wood small enough that even Parker can carry it. It is his job to haul it into the house each day and stack it by the fireplace so Mama can put it on the fire to keep us warm and cook the beans that he so enjoys. He is quite happy being a part of the family train, and we are so happy to see him moving up in position. One day, he will be an engineer and command his own train with confidence he gained little by little, the same way he gained responsibility.

Ponder the Path of Thy Feet

6 comments on “The Responsibility Train”