Filter by:
NGJ Magazine / Articles / The Third Woe (the rules have changed)
Do you get our FREE Magazine? 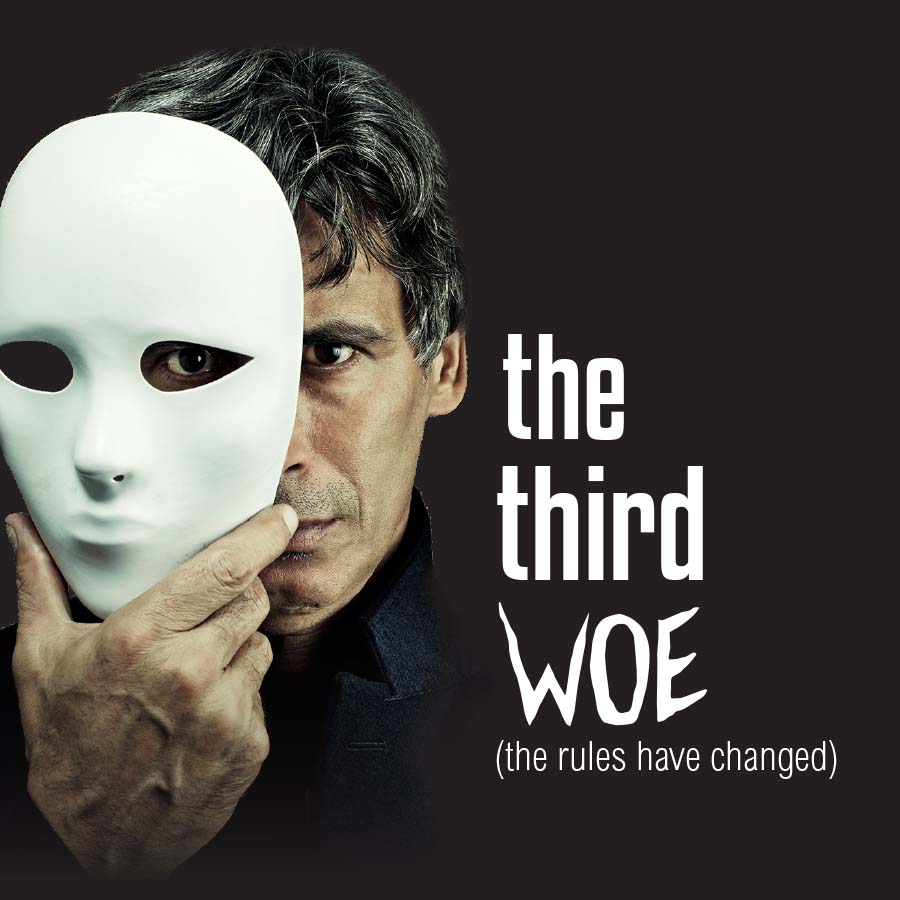 Many years ago Alexander Scourby made an audio recording of the entire King James Bible and it remains the standard to this day. He has great diction and a storytelling tone that make his recording so captivating. It is like listening to a really good novel. In 2020 I decided to read the Bible through while listening to Scourby. I used his recording on YouTube because it was free. My, my, how totally different it was listening as I read along rather than just reading on my own. The Bible reading became more of an adventure than a sober reading. I will never forget how stunned I was as we (Scourby and I) read through the Old Testament adventures of Israel conquering the Promised Land.

For some odd reason it had never occurred to me to wonder about the people who were living in the Promised Land before the Israelites killed them or drove them out. I mean it was their farmland, their home, their country, their everything. They had planted and worked the land. It was flowing with milk and honey, which means cows, goats, gardens, and honey bees. They had grape vines and fruit trees. They had children and old people—families. These people had no reason to think that everything was soon to be taken from them by an unknown nation. Yet God told the Israelites to go possess the land. Take everything and run them out or kill them—men, women and children. In some instances God also said, “Kill all the animals as well as all the people.”

The big question is WHY. How could this ever be justified as moral? Why is it okay for one person to take what another person has spent his life creating? Why did God lead his people for 40 years to this certain place? WHY kill all the inhabitants? And why kill the children and animals?

I have always KNOWN why, but now as I listened and read along with Scourby, I began to see how both people groups would have viewed events as they unfolded. I know the Israelite women must have been saying to their husbands, “You don’t even know these people . . . how can you just go in and kill them and take what is theirs? How would you like it if they did this to us?” I have to say, I KNOW what the women would be saying because that is what I would have been saying to Mike. And I KNOW what Mike would be saying to me: “God said take the land, so we will do as we are told. We didn’t wander 40 years without learning to trust our Maker. This is not about being sweet or sensitive; it is about doing what God said do and trusting he knows more than we do.” In my reading of 2020 it was like I was there when it all went down, so yeah, I felt different reading these stories than I ever had before.

The reality is that the inhabitants of the land had become accustomed to regularly sacrificing their small children and young girls to their gods. They were sexually immoral, men with men and women with women. They sexually used their children, and in some communities, their animals. Their conscience had become seared to this activity so that it seemed normal to them.

Oh, but GOD. Their sexual impurities were a filthy affront to God and a cancer that would be passed on to all their future generations. God in his wisdom and foreknowledge was saving children from being born who would surely be irreversibly damned. There are many examples in the Old Testament of how God views sins of this nature. Sweet and sensitive are two words often used to describe a good Christian but you will look a long time in God’s Book before you find these words describing God.

I wrote a book on marriage, which clearly lays out a woman’s duty to honor her husband. Many thousands of my books have been sold in many languages. You have read it. You know how we teach, yet every day I ask myself, “How do I answer this woman’s letter when clearly she is dealing with a husband who, now, after 15 years of normal marriage, finds violence toward her necessary for his satisfaction? He uses my teaching on wives submitting to their husbands to pressure her over and over until she finally writes begging for help. How do I answer this mother who is suddenly wondering why her little girl is wetting the bed and why her once calm, pleasant husband gets hotly angry when she interferes after seeing something that is more than troubling? What do I say to a wife who accidentally finds child porn on her pastor husband’s phone?” Our Christian homes have become hiding places, havens for sodomites, child molesters, and violence.

The rules have changed.

As long as the law of the land still counts such acts as illegal, use the law to its full extent. Don’t cover a sin even if you are commanded not to tell; YELL AND TELL. Make sure that you save the evidence so you can PROVE his perversion to anyone whom he convinces you are lying. Let him know you are sending it to his mama and daddy. Embarrass him to the point of no return to his secret life. Teach your children to YELL and TELL. Assume someone has threatened your children if they do yell and tell. Warn your children to be on guard and to always tell, no matter what. Don’t be naïve and sorry later. If you find child perversion on his phone, turn it over to the law. Always SAVE copies. If there is violence, leave. Never tolerate it. Sexual violence is violence.

I know there are still a few good men—honest, upright, undefiled. I live with one truly honorable man. I know many fine men of God who are as ready to take up the sword of righteousness as I am against this evil that has taken over the world. But I also know my letters have changed over the years and changed a lot. When I first wrote Created to Be His Help Meet the issues were wives being angry at their husbands for not taking out the trash or not remembering their birthday or anniversary. Boo-hoo. I enjoyed fussing at the girlies for such nonsense. Then after a few years it seemed that many men had stopped supporting their families. This irritated me to no end and I gave wise advice based on simple concepts. The Scripture clearly says a man who doesn’t provide for his family is worse than an infidel. At the time that sin seemed really bad, but through the years simple marital problems seemed to disappear and things began to get much uglier. Two or three years later questions and complications resulting from porn use began to appear, then child molesting, then sexual violence. It is almost like having the writing on the wall as it appeared to Belshazzar found in Daniel 5:25, “MENE, MENE, TEKEL, UPHARSIN.” Then verse 27, “TEKEL: Thou art weighed in the balances, and art found wanting.”

Until then, rules have changed. Be a warrior, fight for your children, and don’t bow your knee to evil.

Even so, come LORD JESUS.