Filter by:
NGJ Magazine / Articles / The Vision, Chapter 1
Do you get our FREE Magazine? 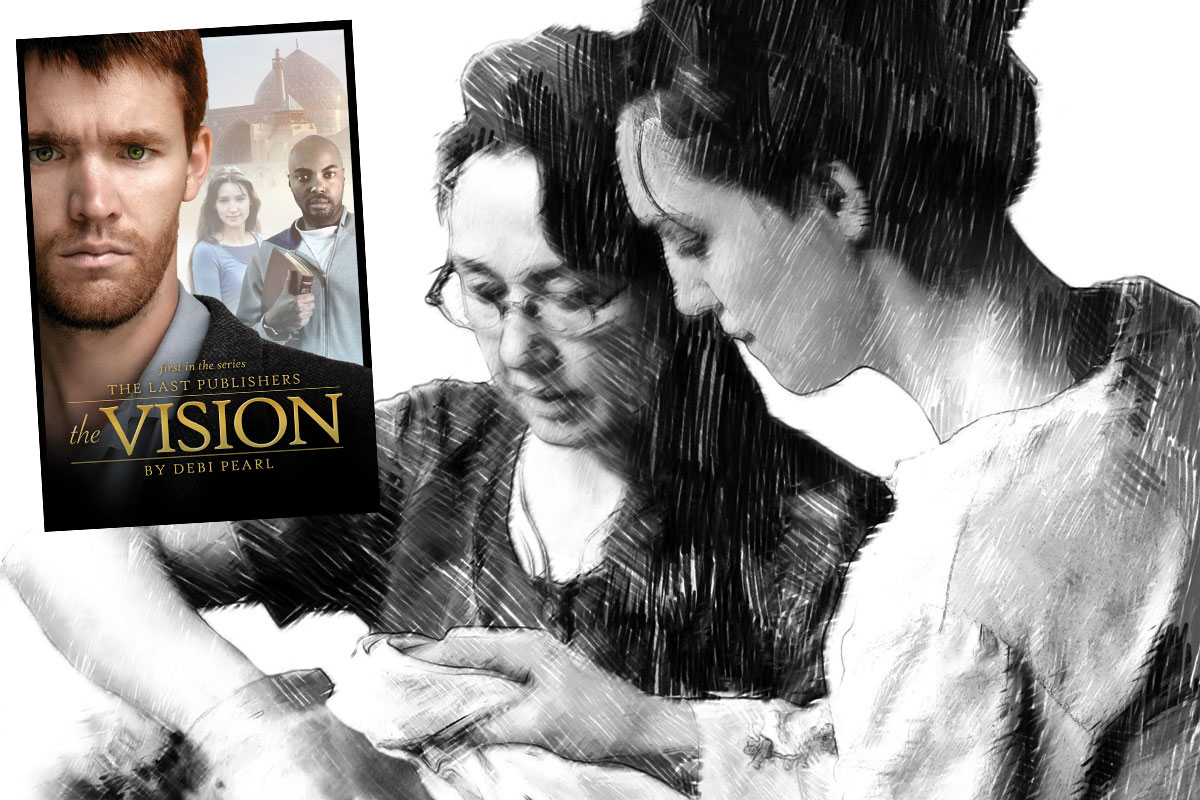 A single droplet of water, released from the window’s condensation, captured his attention as it zigzagged down the inside of the plate-glass, finally dropping onto the windowsill. He glanced down to the lightly rolled newspaper lying by his left hand. Last night’s bombing in Atlanta dominated the headlines, but Yellowstone’s latest series of earthquakes competed for the public’s attention. Funny—they were getting used to the bombings.

He unconsciously murmured as he thought of the irony of the big deal the news was making of a few small earthquakes while keeping the big news of Yellowstone quiet. He understood why his brother, a government volcanologist, had told him the whole truth would not be released to the public. What use would it be to awaken the public to the knowledge that deep in the recesses of Yellowstone Park lay a waking monster? What could anyone do?

A small burst of laughter from two tables down caused him to shift his glance toward two old fishermen that had often come in to eat while he and Dan dined. Now, even in the diner, people were subdued and withdrawn. Laughter had become a strange sound that caught your attention. Again a mumbling groan escaped from Asher’s clinched lips as he mulled over a more local threat. The locals called it The Muslim Invasion. This threat tempered the locals’ usual ready laughter, their interest in politics, even their fishing.

It muffled every aspect of their lives.

It happened gradually, the influx of Arabic-speaking Muslims into their small coastal area of Washington State…but now the fear subdued all of life’s joys and trials.

Quickly Asher turned again to face the window. A solitary tear slid down his face, a manifestation of his loss. Old Dan had been a good friend—more than a friend. Dan had been almost like a father. A rush of the cold morning dampness accompanied the sound of the door opening. Another pair of old fishermen pushed through and took their customary seats, each turning stiffly to Asher, offering silent condolences with the meeting of eyes and the slightest of nods. It was a gesture that expressed their shared sorrow, only understood and appreciated by proud alpha males. Asher’s cold blue eyes acknowledged their tribute before turning back to look at the gray swirl.

He stared at the reflection of the hardy fishermen seated around him. What will become of this world of simple fishermen and small diners? Men like Dan, who worked hard all their lives, had old-time values and were American to the core. Men like Dan died when they stood up for what they believed. The young man clenched his jaw as his ears seemed to fill with a roar.

Too much knowledge is deafening. It screams at your soul, not allowing you to enjoy music, laughter, dreams, or even the thought of a good woman. With trembling hands he carefully laid aside the salt shaker he had been casually pushing back and forth. Almost as if it were an omen, he caught a fleeting glance of scurrying Muslim men rushing off to where they would kneel together toward Mecca. A deep furl appeared between his eyes. His hands doubled up into hard fists. This much anger was not good for the soul. The watery reflection in the window of the waitress bearing down upon him, carrying his smoked salmon Eggs Benedict, caused Asher to turn again toward the room. His lips smiled his appreciation to the old woman as she slid the plate in front of him with the familiar clatter unique to diners. But he couldn’t keep the turmoil out of his eyes. Looking up at the familiar, gum-smacking, smiling face, Asher took in the highly arched, painted brows and the compassionate, kind eyes. “Thank you, Louise. This is my favorite breakfast. It looks good—as usual.”

The lumpy older woman pulled at the bodice of her stuffed dress and flushed, pleased with the compliment. “Sho-wah, Honey; it’s gooahd fooahd.” Her voice always surprised newcomers with its distinctive New England ‘Kennedy’ clip and its touch of Old World class, in odd contrast to her appearance. Asher smiled as the stranger sitting in the opposite booth quickly looked over his shoulder to see who was talking. Louise, still cracking her gum, never noticed the curious glance as she stood staring intently at Asher. Louise looked as if she were born to be a waitress in a low-class diner. Her hair color and style changed almost as frequently as her penciled-on eyebrows. Old Dan had called her a character, but he had always said it with a fond smile as if it were a fine compliment. “You really miss the old man, ayuh.” Her opening had the sound of a planned, practiced speech.

“We,” she fluttered her hand toward the counter, indicating the girls working there, “knew you’uhd be bahck at least one more time. Like a memorial ta Dan.” Her voice caught for a moment before she continued, “We needed you ta come jus once more so’s we could say goodbye to ’im too.” This time a tear ran slowly down her rouged face, provoking her to quickly turn so the other waitresses would not see. She sounded stressed as she said, “I know t’was his wish not ta have a funeral...”

Read the rest of the book, The Vision.

Interspersed in the story are actual herbal remedies and factual events that detail the real life reality of the story’s important elements. The Vision reveals truth in the form of fiction, from the shocking authenticity of Muslim honor-killing and the insidious influence of white power groups in rural America to herbal healing recipes from an experienced herbalist and little-known scientific findings concerning Yellowstone, one of the most menacing sleeping giants in the world. Who can survive? We will learn how in books two and three, The Test and The Cave. In them there will be more fact than fiction because you might need to know…