Filter by:
NGJ Magazine / Articles / The Vision Movie (Part 2)
Do you get our FREE Magazine? 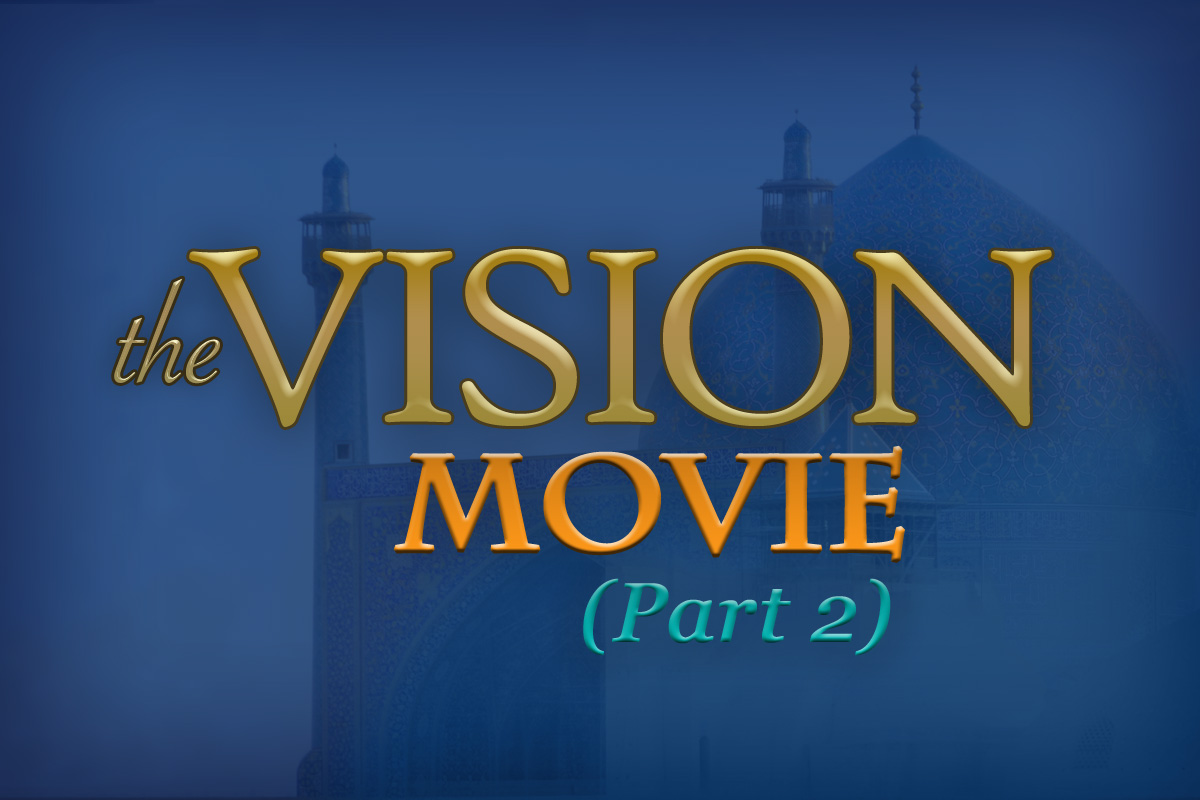 Manny’s previous movies are: Come What May (www.ComeWhatMayTheMovie.com) and Mysterious Ways (www.MysteriousWaysTheMovie.com). Manny will be the producer of The Vision movie.

In December Manny came to NGJ to meet with Mike and Debi.  Together we all discussed the story line and the goals and objectives of The Vision movie, and how the movie could benefit No Greater Joy (www.NoGreaterJoy.org) as well as Brightline Pictures (www.BrightlinePictures.com).

We also want to integrate another goal in the process: To train the next generation of Christian filmmakers in all aspects of film making from the artistic end, the technical end, and the financial end.

In January we went to the next level of talks. Manny and I attended a meeting with other film professionals to discuss various aspects of the production. Afterwards, NGJ asked Manny to give us an update:

Q&A with Manny Edwards
Q: How do you feel about the prospects for The Vision as a movie?
A: Excellent. It’s an emotionally and visually compelling story, an action movie about evangelizing the world. A human drama on a global canvas! It doesn’t get more exciting than that. This kind of story has cinematic appeal and we’re exploring ways to finance the development of the novel into a movie.

Q: What kind of production value are you shooting for?
A: If we can’t make this a great movie, we won’t bother doing it at all. The Christian audience has always been sophisticated. Most people who watch Hollywood’s normal fare describe themselves as Christian. With “Christian” movies, though, they’ve winked at sub-standard production values because they want to encourage the production of more movies that honor Jesus Christ instead of offending him—and them. But they won’t wink for long. We need to keep getting better technically and artistically. If anything, we Christian movie makers should be the best story-tellers of all.

Q: Is it going to be like a studio production?
A: In result, yes—in process, no. The studio project development process is different from the independent production process, but as far as the quality of the end result, there are actually some things that work in our favor. We have more flexibility and autonomy than a studio and all the internal politics that go with it, so as long as we put the same skills and technical resources to work, we can make just as good a product.

Q: What are you doing right now as far as getting the movie made?
A: Movie-making is amazingly complex; but we’ve passed the first hurdle already, which is coming up with a movie concept from the novel and getting approval from Mike and Debi. The next stage is to get money for development. This is where we’ll assess available resources, prepare a budget, write the screenplay, do some early location scouting, and raise the funds for production. After that we’ll begin pre-production, which is refining the screenplay, storyboarding, scheduling, casting, and locking down locations, crew, and equipment. That’s just a basic overview, and there’s a lot of moving parts in just these general categories.

Q: How long will it take?
A: Eighteen to thirty months.

Q: Can you be more specific?
A: Short answer, No. It all depends on how quickly we can raise production money. We don’t yet have a feel for how long it will take. Figure a year once we have the money in place.

Q: What’s the benefit to making The Vision into a movie?
A: Film and the media in general are the most influential forms of communication today. In 2002 the Barna Research Group reported after a year-long study that the leading influencers in our culture are movies, television, the Internet, books, music, and so on. The Church was not even in the top dozen. Making The Vision into a movie will take its message to a broad worldwide audience; and the profits will further No Greater Joy’s global ministry, and more importantly help restore the Church to its place as the most influential body in our culture.

Q: How will you promote it?
A: We have several options. The basic concept is to join with churches and ministries that have an interest in evangelism, since that’s the theme of The Vision, and run a grassroots campaign to build awareness and excitement about the movie. All this happens during the runup to the theatrical release, and by then we hope to have churches and ministries buying out entire showings all across the country.

Q: How will it directly help No Greater Joy?
A: Benefiting No Greater Joy is an essential aspect of this production. We are structuring a funding package in which No Greater Joy will retain a share of the profits to further its mission of evangelizing the entire world. This project is investor-financed. Producers and investors alike will contribute an equal amount of their shares to constitute No Greater Joy’s share. Accredited investors interested in this mission can visit The Vision Movie Blog and request more information. Even if they’re not accredited, your readers can visit the website and make a donation targeted to this production.

Q: How can NGJ minister with the movie?
A: The purpose of the movie is to subsidize and generate awareness of NGJ’s
Good and Evil project. Ministries and churches can show the movie and encourage people to purchase Good and Evil books or even to sponsor its translation into a new language, as is being done with the Jesus film.

Q: You’re releasing a movie called Hero later this year. How will this affect The Vision?
A: We’re still looking at ways to cross-promote. Basically we feel that the relationships we’re building with organizations interested in Hero will create a platform to build awareness of The Vision as well.

Q: Are you willing to use inexperienced people in the production?
A: Certainly. I’m all about training Christians to work in this field, and the best way to learn is to get on the set and get to work. We hire professional cast and crew, of course, but we’ve had outstanding success with interns and assistants.

Q: Kind of like a film school?
A: When we’re filming, no. In this business more than any other, time is money, so we rely on people who already have the skills. Think of it as an apprenticeship. On the set you’re learning from people who really know what they’re doing. Making a movie is extremely demanding; hard workers quickly distinguish themselves, and non-starters get sent home to make room for someone else. I do it in a gentlemanly way, but we have to protect the investors.

Q: How can our readers get involved?
A: Go to the movie website, The Vision Movie Blog, and register for updates about the project. When we get to the point of putting cast and crew together we’ll make an announcement and take applications.

Q: Will the movie be in theaters?
A: The story and the production will yield a movie worthy of theatrical release, but we’re building this project so that it will further NGJ’s mission and maximize the potential for profitability whether it goes to theaters or not.

Q: Will the movie have the same title as the novel?
A: We’re keeping The Vision as a working title for now. It could change.

If I Could Speak in Tongues