Filter by:
NGJ Magazine / Articles / They're Smarter Than You Think
Do you get our FREE Magazine? 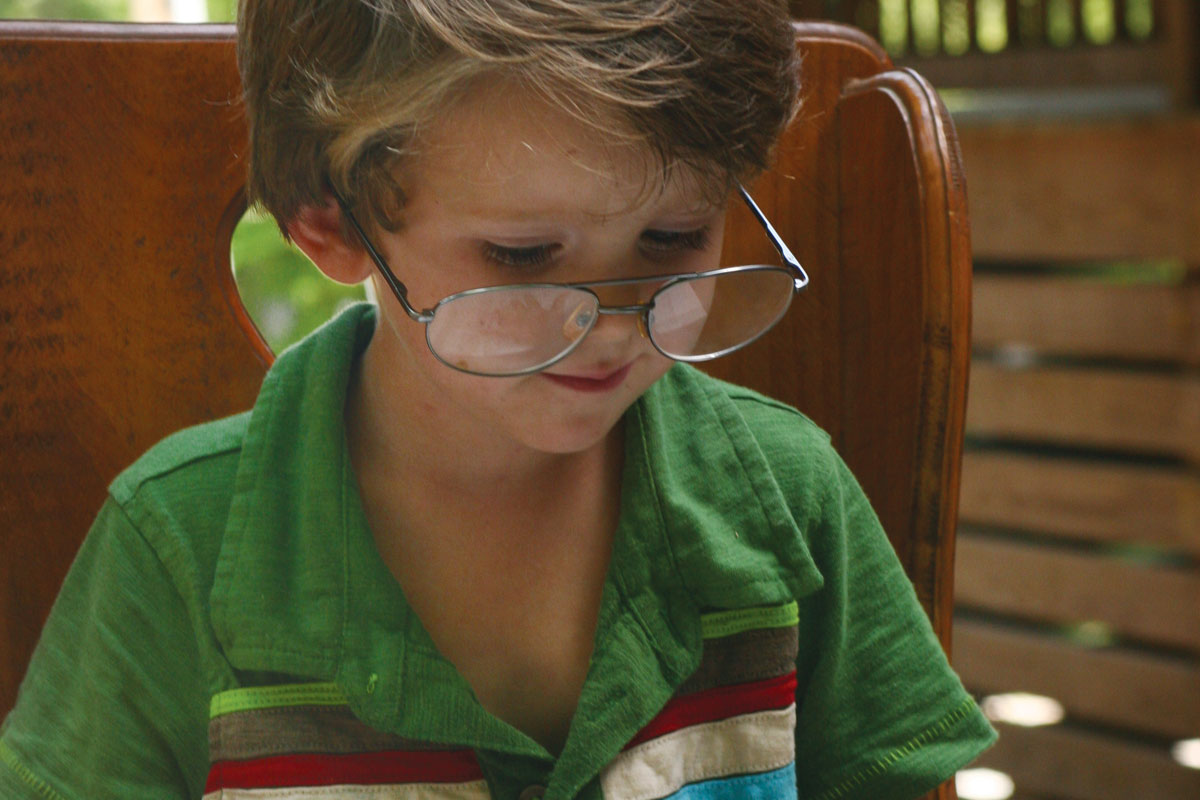 I am continually amazed at the rapid mental development of three- and four-year-olds. I didn’t notice it so much in my kids while they were growing up as I do now in my grandkids this second time around.

At three years of age, Jeremiah is both a philosopher and theologian. The other day I invited him to come ride with me as I returned to retrieve the carcass of a fox squirrel I had seen lying in the road earlier in the day. He, of course, asked why I wanted a dead squirrel. I explained to him that I make artist’s paintbrushes out of their tail hairs, because you can’t buy their equal anywhere. Of course, the idea of retrieving a dead animal was somewhat thrilling to him. As we were riding along, he asked, “Why did the squirrel die”? “It got run over,” I replied. “But why did it die,” he insisted. “It was trying to cross the road and didn’t watch for the traffic,” I said. Then he joined all the philosophers of past ages by asking, “Did God make it die?” Wow! That was a big one! Here was my half-pint grandson wrestling with reconciling the sovereignty of God with the free will of a squirrel.

His parents freely share with him the fact that “God made beautiful flowers; God sends the rain so our corn will grow; God made the fish so we can eat them,” and so forth. So, Jeremiah freely attributed to God all things good and lovely. By his question, he had obviously gathered a sense that if anything was done, God must be the doer of it. His little three-year-old mind had logically questioned: Is the almighty God also the author of evil? God made the squirrels. God makes the trees bear nuts so the squirrels can eat. God is all-powerful. So, how could a squirrel die unless God wills it? All of that was stirring around in his little brain. How could I explain something to him that took me over two decades to understand—if indeed I understand it yet?

So I answered him according to the plane of reality revealed in the Scriptures. “God made the squirrel with a free will, so it could decide which tree it wants to climb, where it wants to build its nest, and which nuts it wants to eat. He also made the squirrel to have sense enough to avoid getting eaten by a hawk or owl. God made the squirrel to know that cars are a threat to its well-being. That is why you see them run off the road when a car approaches. But, God allows the squirrel to make a choice whether or not to take a chance and cross the road. Obviously, this squirrel didn’t look both ways before crossing, so he got hit by the car. God didn’t make him do it; God let him decide. He decided wrong.”

“Oh,” he said. And he was satisfied for the moment. But he will certainly wrestle with that question the rest of his life. My simple answer won’t always satisfy his concerns. He will have to contemplate the Scriptures and his own reality; but at least, his journey has begun.

Love is Loving What They Love

The Folly of Fairness