Filter by:
NGJ Magazine / Articles / To Teach or Not to Teach?
Do you get our FREE Magazine? 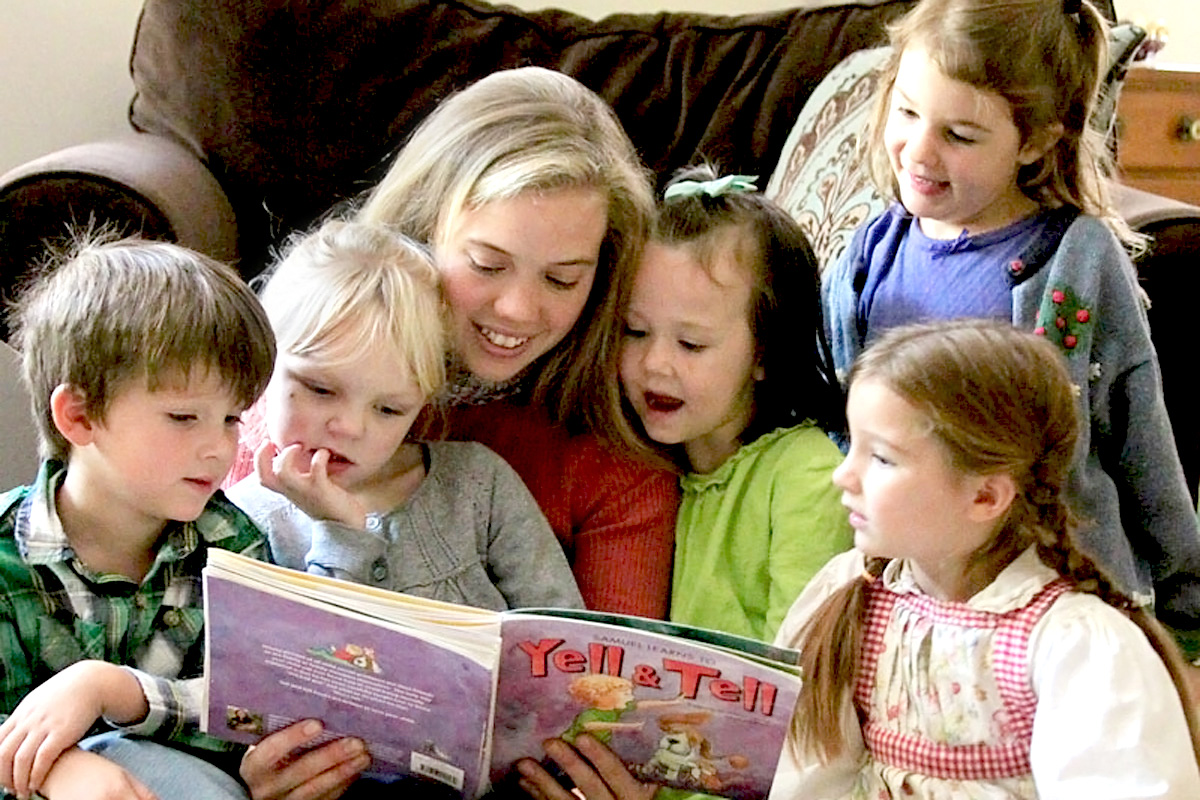 Dear Debi,
We have read your thoughts on the woman never being the spiritual leader in her home (not leading the kids in Bible studies, etc., even if Dad doesn’t do it), but in one of your books or tapes, Michael...

...suggested moms lead a neighborhood children’s Bible group and said Debi had done that for years, using Child Evangelism Fellowship’s materials. Could you please clear up how these two concepts do not contradict each other? -L

Dear L,
When our children were young, we told Bible stories all during the course of the day, almost every day. When they were toddlers, Noah’s ark would be told while the children were in the bathtub, and acted out with the soap dish as the ark. When we told them the story of the two brothers fighting and one brother killing the other in jealous anger, they learned about anger, jealousy, and consequences, yet we never sermonized or spiritualized the stories—seldom drawing a personal application. We just did what the Bible does—tell the story. We told Bible stories and family stories interchangeably, with equal enthusiasm and reality. The Bible stories were not told in a ”religious/pious/principle/devotional” context. They were spoken of “on the fly.” The kids would make reference to a Biblical story with the same ease and confidence that they would speak of a past experience. We made a sling like David’s. The kids rode a horse furiously like Jehu. They ran like Elijah before Ahab. “Don’t drop the ax in the creek because ours will not float like Elisha’s did.” “We will have to catch more fish than these five scrawny things because Jesus does not multiply fish for just anybody.” “Look at that sky; that would be a good cloud for Jesus to come back in.” We didn’t have one reality for living and another for religion. We didn’t sit down and get “spiritual”, sober, grave, and bored.

We told our children about the prophets, God’s own men, being scared and hiding, and even having nervous breakdowns and then being replaced in the ministry. They learned all about David’s trust in God. When reading the Psalms, we would remind the children, “Remember, David was the kid who killed the giant and then grew up and became king. And he later sinned with the other guy’s wife and then suffered all the misery for the rest of his life.

Remember the Psalm where he confesses his sin?” We told them stories about the kids who mocked and made fun of the prophet of God, calling him “old bald head,” and how God sent bears out to kill the children. They learned God’s tolerance level was short when it came to his servant. They heard and reheard the story of Sodom and Gomorrah until they would point out perverts and know that they are called sodomites because God destroyed Sodom due to their sin. They knew God’s opinion of sin by his actions. We protected them with knowledge straight from God’s word. They became acquainted with a holy, just, merciful, and angry God. It has a sobering effect and gives everyone a reality check. God’s word makes strong men out of today’s make-believe electronic sissies. Going through all the stories on war taught the children something of God’s character that no amount of principles could ever accomplish.

Hearing God give instruction to kill men, women, children, and animals caused the children to ask questions that show great gravity of thought. God chose to introduce himself to us by telling stories of how he related to people and what he did for them. We didn’t pick and choose stories for our children to teach principles and moral lessons. They got David and Bathsheba along with Noah’s Ark. Reading of sickness, disease, family tragedy, war, and God’s intervention gives a clear understanding of how God feels about different things. The Bible says the fear of God is the beginning of wisdom. Our children need to know who God is, not who we think he is. Just as we were raised, we raised our children on these Bible stories, told the old fashioned way, just as they are written. Many Christian adults who grew up having family devotions and Sunday sermonettes have no clue as to who God is and would be shocked to discover what God has done in the past. You can never come to know God through a study of the doctrine of God. You come to know who God is through his personal history with mankind.

So, back to your original question, did Deb have devotions with our children? No. Did she tell and retell Bible stories as they home-schooled, washed dishes, swept the floors, sewed, cooked, canned, snapped beans, hoed the garden, swam in the creek, or walked down the lane? YES

6 comments on “To Teach or Not to Teach?”