Filter by:
NGJ Magazine / Articles / Training at Three Months
Do you get our FREE Magazine? 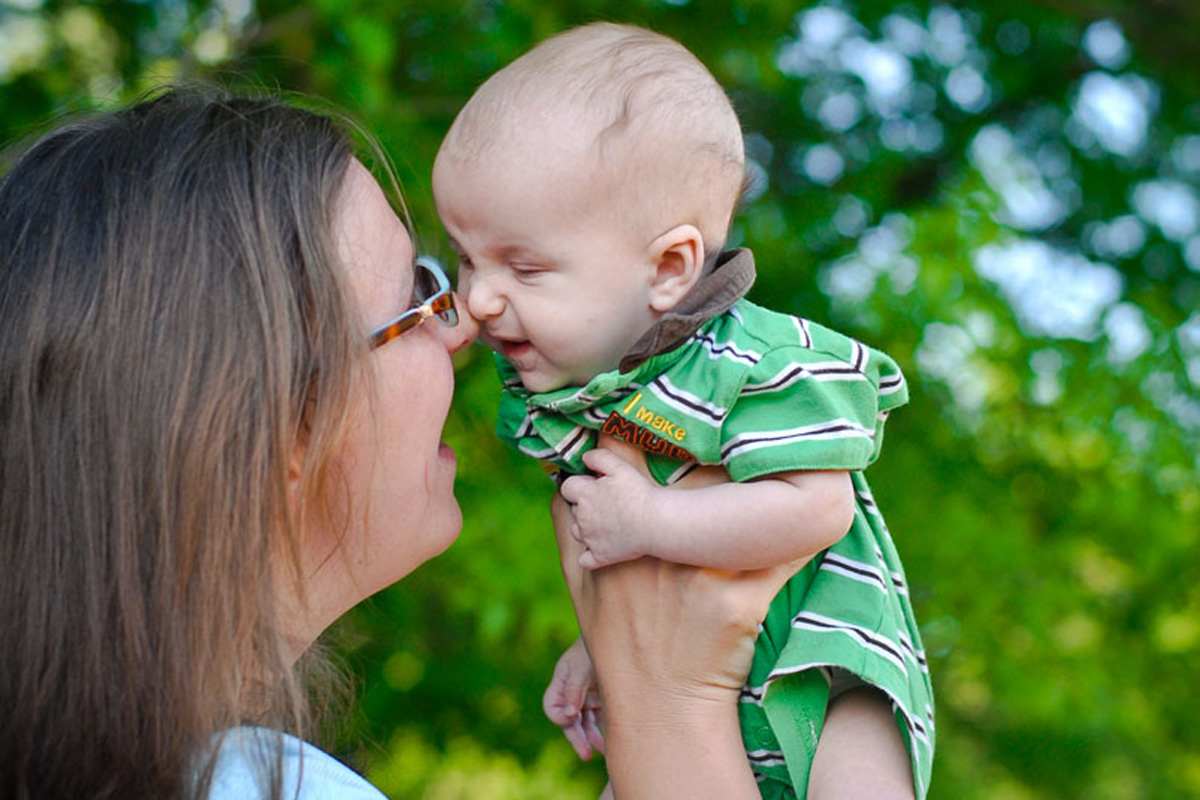 One of the young mothers in the church tells how she trained her three-month-old daughter to cry and whine to be picked up and held.

Upon seeing the parents start to drift into another room, the baby cried out. The father said, “Get little Susie, she wants to be with us.” Mother picked up Susie and she spread her beautiful smile in delight. Well, that’s the real life story of how Susie was trained to whine. She initiated an act, whining, to which the mother responded, picked her up; and that was the first day of a lifelong habit.

She will refine her technique, employing more threats and spreading more misery. She will eventually fall on the floor, kicking her feet and screaming. The mother will be embarrassed in public, frustrated and angry at home, and will eventually have such contention and strife between her and her demanding daughter that she will write a letter to me wanting to know how to deal with an angry, undisciplined, and unthankful teenager.

At less than three-months-old this little girl had discovered the power of emotional manipulation. For several days she refined her technique of control. She discovered how to use the mother’s guilt against her. She is so sweet, such a delight—as long as she is getting her way. Most parents will tolerate this behavior until the child is a two-year-old terror, and then they will decide that maybe she is about old enough to start getting a spanking for her fits. The first good spanking will produce the greatest tantrum yet, and the parents will decide that their child just has a double dose of that “sinful nature” they heard the preacher talking about. When the little girl is taken to the professionals, they will tag her with the Attention Deficit Disorder lie.

But the story didn’t end there. This wise mother decided to retrain her three-month-old baby. She laid her down knowing she would cry. The mother calmly ignored the crying. When Susie stopped crying and became cheerful, Mother picked her up and played with her. When Susie was placed in the crib and again cried, the mother again ignored her until she became cheerful. Through a several day process of never paying her any attention when she cried, Susie stopped crying to get her way. Now, four-month-old Susie never cries to get her way. Why go to the trouble if it doesn’t work? She is trained to maintain a good attitude. This training has extended to every area of Susie’s life.

I hear a frustrated mother of five- and six-year-olds saying, “Yea, but wait till they get older!” Susie's mother has older children who are well trained, being cheerful and obedient in all things. She started being faithful about two years ago, and it has paid off. I heard this mother say, “It’s so fun training my children; I enjoy them so much!”

A few days later, a fifteen-year-old girl was visiting this family when the mother said, “Pick up Susie and hold her a while.” The teenager responded, “Why? She isn’t crying.” The mother explained, “I never pick her up when she is crying because she will then be trained to always cry to get her way. Rather, I reward her good behavior.” The teenager immediately saw the wisdom of her methods. Maybe when this young girl becomes a mother she will have the wisdom to begin training her newborns and not wait until they are three months old.

28 comments on “Training at Three Months”