Filter by:
NGJ Magazine / Articles / Training Toddlers
Do you get our FREE Magazine? 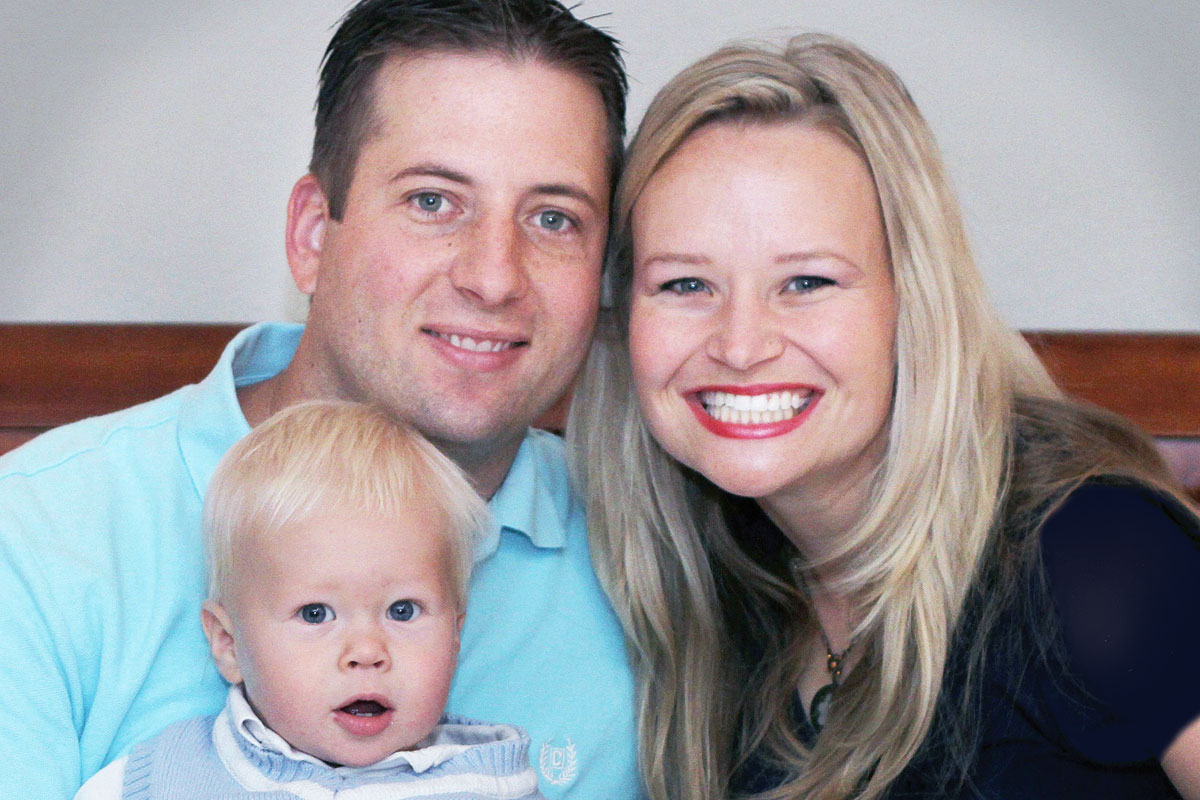 My white-haired son Samson is 18 months old. We have entered the world of toddler conflict. All day long I make him do things he doesn’t want to do. He doesn’t want to get in the car seat, come inside, or get his diaper changed. He can’t talk, so he can’t understand. He doesn’t understand why he can’t run in the street, eat five lollypops, or go around in a wet diaper. All he knows is that I am the bad guy. Crying, whining, fits, and a firm mama. Day in and day out.

I’m a pretty good parent. I’m consistent, levelheaded, and fun. But there are still big battles each day. That’s why I decided to write this article. I want to encourage toddler parents that even though it seems like you are battling each day, those battles are the breeding ground for success. What you are doing counts. Don’t give up and don’t lose heart! Whining, crying, and fits are natural responses to good parenting.

The thing that helps me continue to train consistently—even if I’m bracing myself for a big wail when I say “no” for the millionth time—is this thought: It is much easier to train a one-year-old than a five-year-old. Yes, whining, crying, and fits create tension. Training is stressful. I am often tempted to give in just to stop the screaming. You try cooking when he is pulling at your leg for one piece of forbidden food. I am tempted to just give him a bite! But I must remember that I’m teaching him obedience, self-control, and patience. Toddler training is conflict-ridden, but it is much easier than waiting to train a willful, unbridled, selfish five-year-old; you can’t even physically restrain them at that age.

The earliest training was training him be still when I changed his diaper. It was then easier to train him to be still for other things.

I often watch mothers train toddlers at birthday parties or parks, because we are all training them each day whether we think about it or not. We are rewarding their behavior each day. Does crying merit a reward that encourages them to whine more? Or is whining ignored and thus subsides because there is no reward? A toddler sitting on Mother’s lap sees something fun and starts thrashing wildly about, so Mother plops him down on the ground so he can gleefully run away. It takes a lot more training (and produces more conflict) for you to ask your toddler to sign “please” first or ask permission to get down, pointing to the object he wants to explore. What about the toddler who starts banging a plastic golf club on other children, and Mother runs over and grabs it away instead of training her not to hit? Or the mother who runs after her toddler instead of training him to come on command? I think how much easier it would be to just manage my toddler instead of proactively training him. I wish I could just grab the golf club away instead of spending time training him not to hit. But then Samson and I would both be exhausted, angry, and frustrated.

I am starting to enjoy the fruit of toddler training. Even though he doesn’t understand why, Samson knows there are consequences and often obeys even in new things. When I point to a “no, no” object, he often walks away. That is much easier than guarding the fireplace or standing by forbidden breakables all night long at a party. So, yes, even though you are down on your knees explaining precisely what is a “no, no” and then waiting to train if there is disobedience, you are making your life and your child’s life easier in the long run! You will have more conflict initially, but eventually less!

One of the easiest places to relax on training is in your own home. It’s much easier to relax on the couch than to get up and train him not to touch the TV volume control (which isn’t even on) again. But remember, your child will only obey in public if she has been taught to obey at home. If whining at home means she gets what she wants, she will whine in public. All day long, Samson wants things, asks me to hold him, wants to get down from his high chair, etc. I try to remember it’s okay if he is whining when he doesn’t get what he wants! If I think it is stressful hearing him whine now, I think about him whining at a restaurant or grocery store! That makes me “stick to my guns” and stay consistent in letting him cry if he is pouting rather than rewarding him with a distraction or something else (e.g., keep asking what other food he wants or if he would like to do another activity). When I catch myself saying, “Do you want this? This? This?” I must stop! The home is a crucial, special place to train your children. Get all the whining, pouting, and fit testing out at home.

Every child and every parent is different, but there are some areas in which I am so grateful I took the time to train Samson. I trained him from his crawling days to not open and explore cabinets, and he never does. I trained him to know the street is a big “no, no.” Every time we go in the front yard to play, he points at the street and yells “No, no!” He has never one time gone into the street. However, it took weeks of consistent training for Samson to come when I called—often five training sessions in a row each time I asked him to come inside. I frequently wished I could just swipe him in. I am bigger than he is. It would take two seconds instead of becoming a five-minute battle. But I knew if I could train him at home, he would come in dangerous public places as well. Now he usually comes immediately. If he doesn’t, there are immediate consequences.

Other war zones include climbing up the stairs or throwing food from his high chair to our dog. These were long, hard battles! Sometimes we took breaks, but we never stopped training. The earliest training was training him be still when I changed his diaper. It was then easier to train him to be still for other things: when standing to put on his jacket (instead of running away or pulling away) or when he has a band-aid applied. At restaurants we don’t have to move every object away from him; we train him not to touch. This is heaven because now he points at food he wants, waiting for permission, whether it’s food on our home table, the park bench, or the grandparent’s coffee table.

I have really tried to follow up with consequences if I say “no” the first time and Samson disregards it. I do not repeat it or speak louder or threaten. The benefit: he listens the first time I say “no” and it is no surprise to him if he is trained for disobedience. This is so helpful in new places where there are a lot of foreign “no” objects or areas. I can ask him to stay on the carpet or not touch a TV remote, and he listens because he has had mounds of “no” training at home. Yes, he will throw fits sometimes, but usually he will obey, even if he is protesting. Of course, sometimes toddlers are just overtired, hungry, or sick. That’s when you pray to the Lord for wisdom as you decide whether to make something a big deal or move on.

If you want a sweet child, train your toddler. Be consistent and keep a long-term perspective.

Several of my friends and I were laughing over the table the other day when we started talking about obedient, well-behaved children. “What parents don’t realize,” said one former nanny, “is that they are setting their children up for social success when they take the time to train them. If we friends/family/strangers see a well-behaved child, we publicly applaud the child, which reinforces the good behavior the parents have instilled.” The cycle grows stronger and stronger: good behavior reinforced by compliments everywhere you go. Well-behaved, well-mannered children are not only liked, but they will also easily win friends as they grow older because they know the universe does not revolve around them. Have you ever met a selfish 18-year-old who has grown up without restraints? Trained children will grow up to be well-adjusted, mature adults who will succeed in life because they were trained not be selfish, willful creatures.

Samson is my little buddy all day long. We laugh, read books, swim, run, wrestle, and explore together. These are sweet, fleeting years, and training him makes them sweeter. If you want a sweet child, train your toddler. Be consistent and keep a long-term perspective.