Filter by:
NGJ Magazine / Articles / Unprepared
Do you get our FREE Magazine? 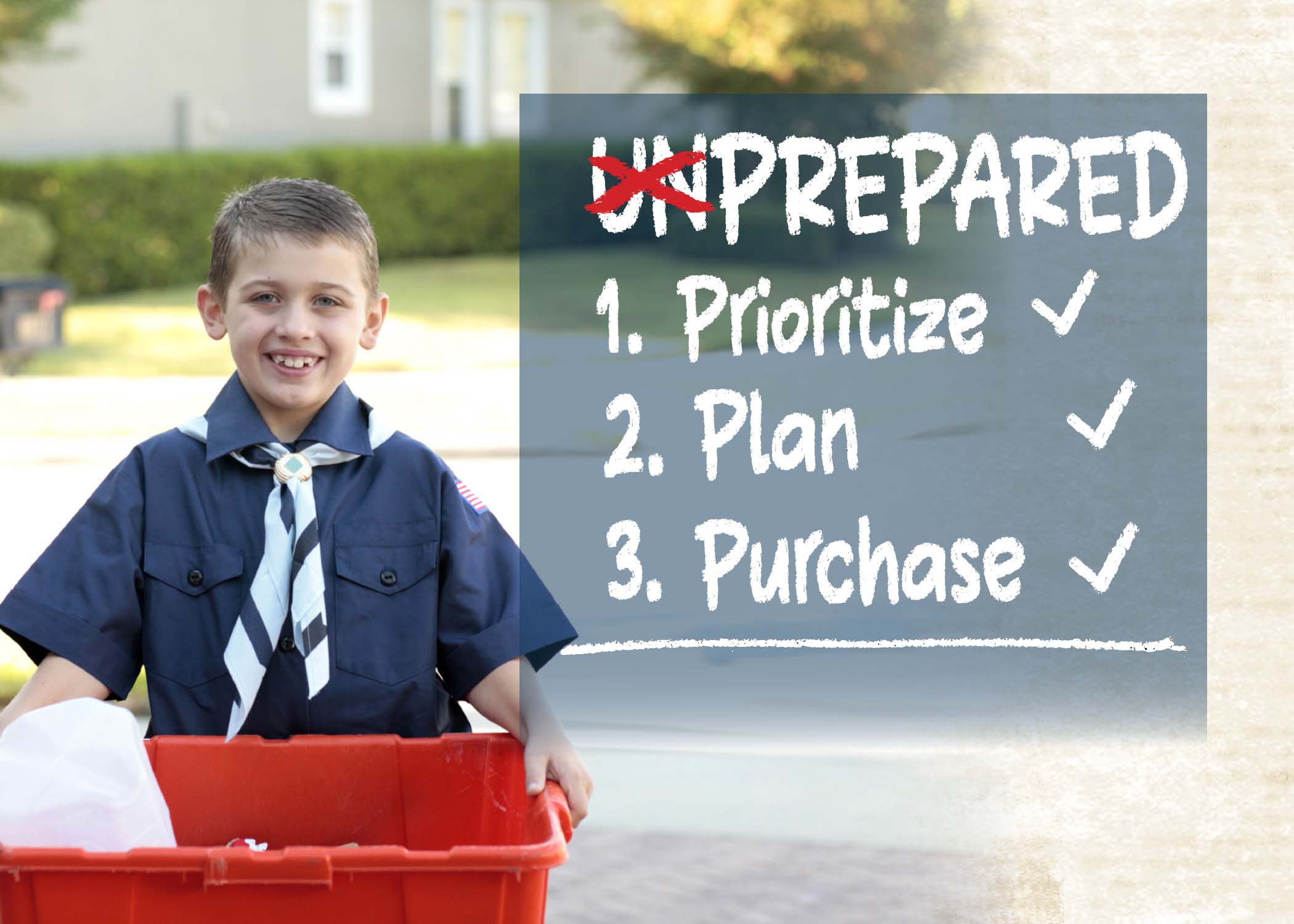 Mike was briefly a Boy Scout some 68 years ago. The other day he was quoting (or trying to) something he had learned back then: “Prepare to succeed or you will have prepared to fail.” This statement must have resonated with him for him to remember it. It reminded me of the statement that I based my children’s Yell and Tell books on: “Those prepared are usually spared.” I came up with the phrase after reading about a thousand testimonies of children, teens, and adults who were almost victims of abuse but escaped due to someone’s simple words warning them of what could happen and how to respond. As I read the testimonies I was struck by what many parents have said: “I don’t want my child to have to think of something that awful happening to them, so I wouldn’t read the Yell and Tell books to them. It would be stealing their innocence.” The actual testimonies of would-be victims were the exact opposite. The preparation didn’t make the children fearful, but rather it gave them courage to know they could control any situation. Parents who don’t prepare their children are mostly motivated by their own sense of inadequacy in addressing the subject. The takeaway is this: preppers are not fearful; non-preppers are.

Everyone is preparing for the future. Some prepare to overcome and conquer; all others, through neglect, are preparing to fail. Everyone who has any sense at all NEEDS to give some serious thought to preparing for coming LIKELY difficult times. In our lifetime there have been many occasions when folks were yelling “wolf” and it was possible that the wolves were circling, but then again it was also likely they weren’t. We have always been the type to be prepared. For me, it was mostly just because it was stimulating and fun.

Be advised: the fun is over. Now the wolves are circling. All good Boy Scouts know that you can’t depend on someone else to take care of you, because for every well-prepared Boy Scout there are going to be a thousand—maybe ten thousand—folks expecting someone else to take them in. This could stretch those who are equipped mighty thin and most people who have done their preparation are not going to appreciate slackers expecting a handout.

So, take some advice from an old Scout: Get the family to a safe place: not someone else’s safe place, your own place. Don’t just plan on buying food, buy today. Not five boxes of Hostess Twinkies, nor Army rations; get dried beans, canned meat, peanut butter, and other such stuff that will last. If you are short on money, then stop ALL eating out or snack buying at the gas station because you feel faint. Quit your coffee stops and don’t buy that new sweater you “need.” Instead, use that money for preparing. It is amazing how money dribbles out on nonsense things. A little sobriety will help you see that soon and very soon money will not be the only scarce thing.

If you will need it tomorrow, next month, and a year from now, then get it today because “those prepared are usually spared.” Not always, but you will at least have peace of mind that you have done the right thing for your family.

Proverbs 6:6–8 Go to the ant, thou sluggard; consider her ways, and be wise: Which having no guide, overseer, or ruler, Provideth her meat in the summer, and gathereth her food in the harvest.

Proverbs 30:25 The ants are a people not strong, yet they prepare their meat in the summer;

Proverbs 20:4 The sluggard will not plow by reason of the cold; therefore shall he beg in harvest, and have nothing.

1 Timothy 5:8 But if any provide not for his own, and specially for those of his own house, he hath denied the faith, and is worse than an infidel.

Jesus taught the need to take thought for your survival:

Then let them which be in Judaea flee into the mountains:

Let him which is on the housetop not come down to take any thing out of his house:

Neither let him which is in the field return back to take his clothes.

And woe unto them that are with child, and to them that give suck in those days! But pray ye that your flight be not in the winter, neither on the sabbath day:

How to Survive the Coming Apocalypse, Part 4: Getting Prepared

7 Steps to Surviving a Natural or Political Disaster

How to Survive the Coming Apocalypse, Part 1: Fear Not Them Which Destroy the Body