Filter by:
NGJ Magazine / Articles / We Go to Them
Do you get our FREE Magazine?

We Go to Them 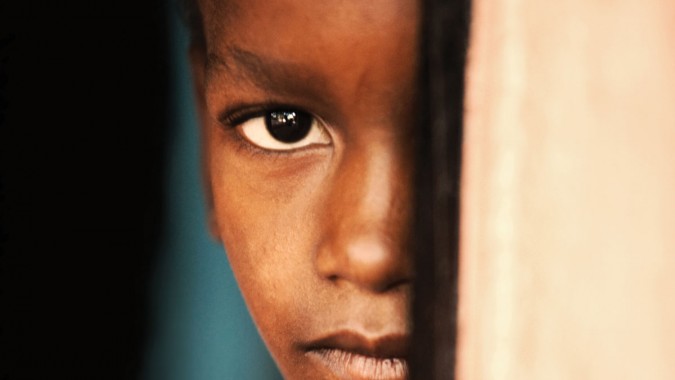 Eons ago, or rather, in the late 60s and early 70s, Mike had a running buddy by the name of Shad Williams. Before they became friends, Shad had been a rising star in the music world.

He and his band, Shad and the King Lears, had recorded a song called “Come Back When You Grow Up Girl” which was number 1 on the charts. Shad was into the typical scene of pop musicians: drugs, booze, and nightlife. Then a remarkable thing happened. A sweet, unassuming, compassionate preacher came to visit Shad and gave him the gospel. Shad truly believed God and was born again. Immediately he wanted everyone to have the same forgiveness.

Six months later Shad met Mike and they hit it off immediately. They put together a gospel preaching band and set out to reach the young Navy and Marines with the gospel before they shipped out to Vietnam.

Shad was a little red-headed dynamo of a guy, a true visionary/prophet. Mike was a large, intense leader, an unmistakable king/command man. Both men were full of energy and zeal for God. 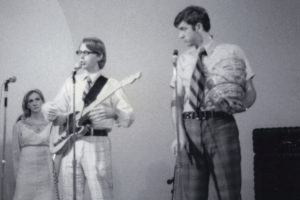 Shad Williams and Mike Pearl at The Scarlet Thread in 1969

Shad tried to raise the skill level of our amateur band while Mike scouted and remodeled an old honky-tonk down on the highway. He organized a clean-up and repair crew, set up stage lights, and brought in 200 chairs. On Friday night three school buses parked close to the Navy base, and the girls, me included, invited the young men to get on the bus for a fun evening of music, stale donuts and coffee, and preaching. But we didn’t mention the preaching. Mike called the band The Scarlet Thread. For several years every Friday evening several hundred young men filled the house. Shad and his band entertained and then Mike preached the gospel. Thousands got saved. One might be your grandpa. Why don’t you ask him if he was stationed at Millington Naval Base in the 60s and 70s?

As the war began to wind down, Shad went on to minister in an international street ministry, and Mike wrote the book To Train Up a Child. The two men were busy serving in different corners of the world, but they kept in touch.

Last year I asked Sheila, Shad’s wife, to write their fascinating love story for my book Preparing To Be a Help Meet. Everyone loved it.

That Was Then, This is Now

For the last 40 years Shad and Sheila, in obedience to the Scriptures, “Go into all the world and preach the gospel….” and “go into the highways and byways and compel them to come in,” have been going to remote areas of the world to do street preaching. Their motto and email address is simply, “We Go to Them.” They have personally given the gospel and seen over 10 million people respond to the message.

Over time enough men and women have received Christ and continued strong in the faith that churches were formed, schools were established, and outreaches were started. There are now solid Bible believers continuing to minister in six countries. Six times a year Shad and Shelia travel to one of those countries. The believers there have everything in order with all the equipment waiting and volunteers lined up when their plane touches down. So they hit the road running for three or four weeks, giving the gospel several times a day to a new crowd each time. You can visit their website and see their ministry in action.

No Pain No Gain

This has not been a ministry for sissies. Often the conditions are brutal: burning sun, long hours, poor food, nasty accommodations, lack of funds, broken equipment, and even persecution where they fear for their lives. Some of the men who have received the Lord through their ministry have lost their lives due to their testimony for Christ. Yet over the years many have heard the gospel and responded to the message that Christ died for them, and that by simply putting their faith in his finished work they can know the eternal God and be forgiven. God says, “By their fruit ye shall know them.” Shad and Sheila have much eternal fruit.

The Power of Our God