Filter by:
NGJ Magazine / Articles / What God Can Do
Do you get our FREE Magazine?

What God Can Do 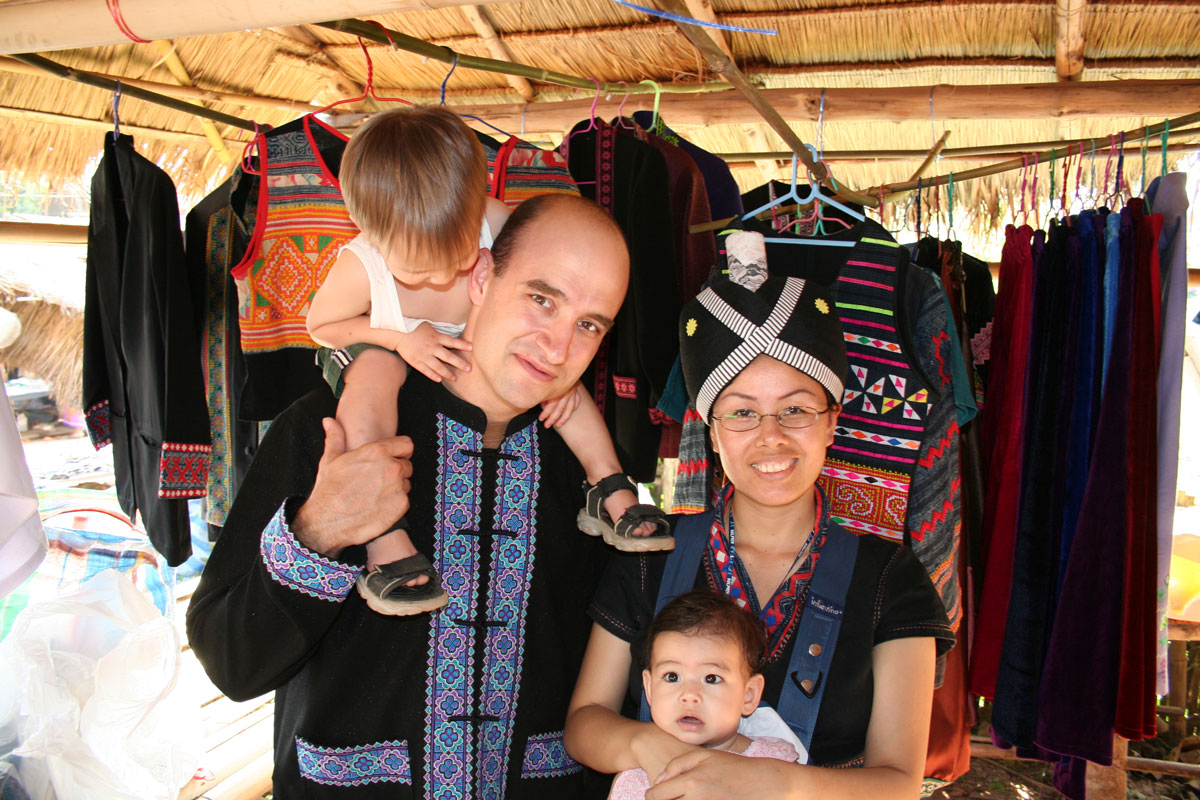 When I was a little girl, I hated the Hmong “Jao Fa” people, because they would shoot vehicles and schools.

They made travel in our area difficult, because of the fear they caused. One time I went to school for a special class. I was about 14 years old. During class the Hmong “Jao Fa” started shooting RPG rockets at our school. All the students panicked and fled from the school grounds to go home, except me and one other student. My father was a lifelong soldier and I did exactly as he said I should do when this happened. I ran straight to the house next door and hid in the basement with the family there. I was so scared without my family that I lost control and soiled myself. The lady in the house tried to comfort me and said that she has money and clothes and food if anything should happen to my family. After five minutes everything in town was silent and as still as midnight, except the distant sound of gunfire. After an hour or so a big helicopter finally came from the capital city of my country. And then my dad came to get me from that house. I was so glad and happy to see my dad.

I remember that same year a helicopter crash-landed in front of our house. The pilots didn’t die, but jumped out and frantically ripped out all the electronics and ran off. The helicopter was shot full of holes with lots of fuel leaking out. All of us kids in the neighborhood quickly ran for any kind of bottle or container we could find to save the precious fuel. We were too poor to afford candles to use at night, but sometimes we had enough money to buy a little cupful of diesel to put into our homemade oil lamps. In just a few minutes every bucket, bottle, and gas can we had was full. We were so happy. Not only could we now do our studies at night time, but we had enough to sell. We were so excited to tell our Dad about our good fortune that day, but he became mad. He said we could have died if the helicopter exploded or caught fire, and that we should never do that again.

My cousin, who was just a little younger than my father, had her house burned to the ground three times by the Jao Fa people between the years 1992 and 2000. Now she is old, too old and poor to build her house again, and simply lives in bamboo huts in the field while she tries to raise animals for income. She lost everything she had because of the Jao Fa. I actually met her face to face for the first time last month. For our whole lives our families knew of each other but couldn’t meet because we were separated by about 80 miles and travel was too difficult and dangerous because of the Jao Fa.

This kind of resistance to our government happened often in areas all around us. Night time was especially dangerous. Every evening we had to prepare ourselves and always be ready to hide in secret holes and ditches around our houses. Three years later my close friend Aun and I were walking home from school. I parted and walked to my house and Aun went to see her mother in Ban Son Village. She was shot and killed by the Jao Fa and the vehicle she was in burned. All together there were about 12 people killed in the pickup truck she was in. We could identify her body only by the silver belt she was wearing. This was around 1992. We hated these people. We could never trust them. My dad was an important police officer and soldier. I can’t remember many details because I was so young, but I do remember my father going to fight these people often. My father himself was shot by the Jao Fa on three occasions, leaving 5 scars on his body to live with. So many times they would shoot our schools and buses and kill students and innocent people. From my early childhood onward I hated and feared the Hmong people. But God….

In 1994 I was very sick and slept in the hospital for 3 months. A lady, a distant cousin of my father, had just returned from studying in Russia. She came to visit me in the hospital and told me about Jesus. I had never heard of this man before. She took me and 5 of my friends to church that day. The hospital let me go because it was Mothers Day. All six of us sat and listened to Pastor K__ teach about Jesus. Out of the six of us that went, I was the only one that believed what was being said. I didn’t know anything: I didn’t know who He was, I didn’t know the Bible, but I just believed it. Only God can die and come up again. That is what made me believe it. Nobody can die and come back, so I knew this man was special. That is all I knew, and that is how and when I became a Christian.

In 2002 I got the man God gave to me. I don’t know how to say better than that. I married an A__n m__y who had been working in my country for several years. We had a big church wedding and many of my Communist relatives who never heard about Jesus came to our wedding. After that my mom became a Christian too. I have helped my husband serve God in my country and Thailand doing many things, but two months ago something different happened. God called us to go to __, Thailand. My husband led me and our two little babies into a refugee camp of Hmong “Jao Fa” from my country. Before I came I didn’t know how it was going to be. I was scared. I was scared of these people. What if the men that killed my friend Aun are here? Before I came I was scared of these people, but I trusted God that he would protect me and my family, because this is a work of God and not of myself. The Bible says we should love our enemies. The first minute I walked into this camp, and I started talking to these people, many people started speaking to me in Hmong Language, which I cannot understand or speak. When they knew I was not Hmong, many of them spoke to me in my language. At that minute everything changed. Usually Hmong people don’t speak with my people or let them know that they can even speak my native tongue because they don’t trust us. But they talked to me and were relaxed around me. They shared everything they had, which is so little. I loved these people. I didn’t know anybody. I didn’t know who the Christians were or weren’t, but I just loved them. All of them. They welcomed me and were very friendly to me. They talked to me about my husband and they were just so happy to see my husband again, this time with his family.

Well, nowadays my home country is much more secure from the Hmong Jao Fa. Their cause is lost. My government has won and this group of people here are some of the very last of their resistance movement, and are on the brink of destruction. I don’t feel happy that they are here in their plight, but maybe this is Gods plan, for them to finally give up and come here. My husband and I have come here to help them to know God and His forgiveness, and become stronger in Him, because we Christians are more than conquerors through him that loved us. For in Christ Jesus there is neither Greek nor Jew, Capitalist nor Communist, American nor Vietnamese, Lao nor Hmong, but Christ is all, and in all.