Filter by:
NGJ Magazine / Articles / What Happens to Children When the Rapture Takes Place?
Do you get our FREE Magazine? 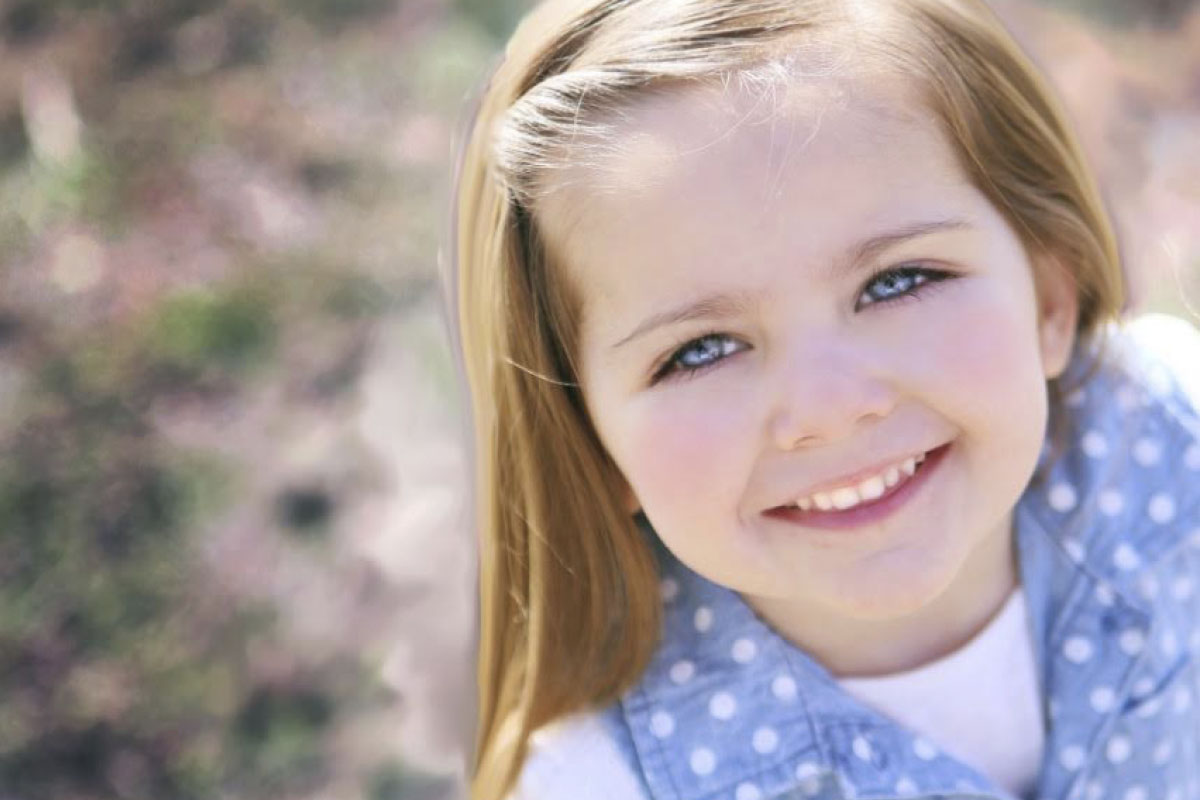 This is a transcription of a video of Michael Pearl answering questions at The DOOR. It is available for viewing on YouTube. The DOOR YouTube channel has 1.4 million views so far since it was started in 2016, and half of those views (672,000) have been in the last 28 days. Most of our NGJ family have never been on The DOOR’s YouTube channel, so we are giving you an idea of what you are missing.

There is only one source of truthful answers, and that’s found in the Word of God. Sometimes I may give my opinion, but I’ll tell you when I do. So I’ll be giving you the Scripture exactly as God says it on the subject. After all, the Bible is a book written by him who is called the Word of God, and the product is the words of God.

“What happens to children when the Rapture takes place?”

For those of you who don’t know what the Rapture is, it is when Jesus Christ comes back and snatches up those that are his own. Some people call it the Great Grab. It comes from the Latin word rapture which is a translation of the words “caught up” (1 Thessalonians 4:17) in the King James Bible. First Corinthians 15:51-54 talks about the Rapture: “Behold, I shew you a mystery; We shall not all sleep, but we shall all be changed, In a moment, in the twinkling of an eye, at the last trump: for the trumpet shall sound, and the dead shall be raised incorruptible, and we shall be changed. For this corruptible must put on incorruption, and this mortal must put on immortality. So when this corruptible shall have put on incorruption, and this mortal shall have put on immortality, then shall be brought to pass the saying that is written, Death is swallowed up in victory.”

This is a description of that time when Jesus comes back with a shout and the voice of the archangel, and the dead rise and get glorified bodies, and we go up to meet him in the air.
First Thessalonians 4:13-14 also discusses this subject of the Rapture of the church: “But I would not have you to be ignorant, brethren, concerning them which are asleep, that ye sorrow not, even as others which have no hope. For if we believe that Jesus died and rose again, even so them also which sleep in Jesus will God bring with him.”

“Sleep in Jesus” is a term the Bible uses for dead Christians. That’s going to be a lot of people from the past 2,000 years he is bringing back. Can you see it when the trumpet sounds and somebody says, “What? Are we here already?”

The Scripture continues, “For this we say unto you by the word of the Lord that we which are alive and remain unto the coming of the Lord shall not prevent [go before] them which are asleep.”

Christians that are dead are right now present with Christ, but their bodies are asleep, so he said they’re going to go before those of us who are living. In other words, if you stand in a graveyard and the Rapture takes place, the people that are dead, or asleep in Christ, are going to come out of the grave first, so you get to see it; and then as they are caught up into the air, the living Christians will be transformed and caught up with them.

“For the Lord himself shall descend from heaven with a shout, with the voice of the archangel, and with the trump of God: and the dead in Christ shall rise first. Then we which are alive and remain shall be caught up [Latin: raptured] together with them in the clouds to meet the Lord in the air: and so shall we ever be with the Lord. Wherefore comfort one another with these words.” So that’s the description of the Rapture.

Now, back to the question that Lisa asks: “What happens to children when the Rapture takes place?” In other words, what happens to children if Jesus comes back tonight, right now, and you have a three-month-old infant in your arms and you’re taken up? Will your infant go up with you, or will it be left behind?

Now, if you’re a Calvinist, you believe that your infant is diabolically wicked and deserving of hell. This a ridiculous idea, claiming that when Adam sinned all his descendants became guilty of that original sin and are damned because of it. If you’re a Calvinist, you believe you—the parents—have to go through a process of covenant making and baptism to save that baby before the Rapture. If you’re Roman Catholic you also believe that the child is born with a sinful nature, and unless the priest (who very well might have been sexually molesting children in his office an hour earlier) carries out a sacrament on behalf of that infant—baptism, sacraments, last rites—that infant would go to hell. Man can come up with some strange and very evil doctrines.

So what does the Bible say about these infants? James 4:17 says this: “Therefore to him that knoweth to do good, and doeth it not, to him it is sin.” According to God, you’ve got to know right from wrong in order to be counted as a sinner. Romans 5:13 says, “For until the law sin was in the world: but sin is not imputed when there is no law.” Until there is a conscious violation of the law, sin is not imputed to you: “for I was alive without the law once,” Paul said, “but when the commandment came, sin revived, and I died.” Paul said in his own personal experience before he became acquainted with the law of God, he was alive, but when the commandment came to him, he said it killed me: “I died.” Why? Because the law found him to be a sinner. It brought guilt and condemnation. Romans 4:15 says, “Because the law worketh wrath: for where no law is, there is no transgression.” No child is in transgression. No infant—no child—has disobeyed the laws of God and is guilty before God and damned because of their personal sin.

In the Old Testament we read the story of King David’s baby dying. He had a newborn child and the child was sickly, and during that first week David fasted and wept and prayed for his child’s healing. Some of you may have experienced something like this. David desperately wanted God to heal the child. God did not heal the child. The infant died. Second Samuel 12:23 records David saying, “But now he is dead, wherefore should I fast? can I bring him back again? I shall go to him, but he shall not return to me.” David speaking by inspiration understood that he would join his child in the afterlife. David saw the child as in a heaven, not in a damnable state.

Matthew 19:14: “But Jesus said, Suffer little children, and forbid them not, to come unto me: for of such is the kingdom of heaven.” That is because the kingdom of God and the kingdom of heaven are different. You can get the lowdown on that subject in my book Eight Kingdoms.
The Bible has some interesting things to say about children in the future, after this life. Matthew 18:10 says “Take heed that ye despise not one of these little ones; for I say unto you, That in heaven their angels do always behold the face of my Father which is in heaven.” Little ones who died are in heaven beholding the face of the Father. They’re not in hell. They were able to go to heaven without having to repent and believe on the Lord Jesus Christ. You know how children want you to look in their face, and they just delight in being looked at? Well Jesus is looking in the face of your dead child. He’s maintaining eye contact with him and keeping a smile and encouraging him. Your children are well looked after.

Zechariah 8:3-5 says, “Thus saith the LORD; I am returned unto Zion, and will dwell in the midst of Jerusalem: and Jerusalem shall be called a city of truth; and the mountain of the LORD of hosts the holy mountain. Thus saith the LORD of hosts; There shall yet old men and old women dwell in the streets of Jerusalem, and every man with his staff in his hand for very age. And the streets of the city shall be full of boys and girls playing in the streets thereof.”

So I pointed out that the Millennium is continually referenced as something that is full of children: children leading lions around by the beard, children playing around cockatrice dens, the streets of the city full of kids playing all kinds of games during the thousand-year reign of Christ upon the earth. Where did all these children come from?

Now I’m going to give you my opinion. Now, this is my opinion: I think probably one of the main reasons for the Millennium is going to be so that babies and children and mentally disabled who died before accountability can grow to maturity during that thousand-year reign of Christ and be accountable just as you and I are accountable in a natural way, having come to understand the law, being faced with Jesus Christ personally, and being responsible and held accountable for their lives. I think that’s going to happen in the Millennium. I can’t prove it, but I have another passage that hints at something like that.

That latter part is my informed opinion, but it is clear from the Scripture that children are not damned, and so at the Rapture it’s the general opinion of Bible students that children will be taken up. Infants will be taken up and be present before God, and then my opinion is that they will come back during the millennial reign to be raised to maturity.

3 comments on “What Happens to Children When the Rapture Takes Place?”