Filter by:
NGJ Magazine / Articles / When Dirty Diapers Land on Your Head
Do you get our FREE Magazine?

When Dirty Diapers Land on Your Head 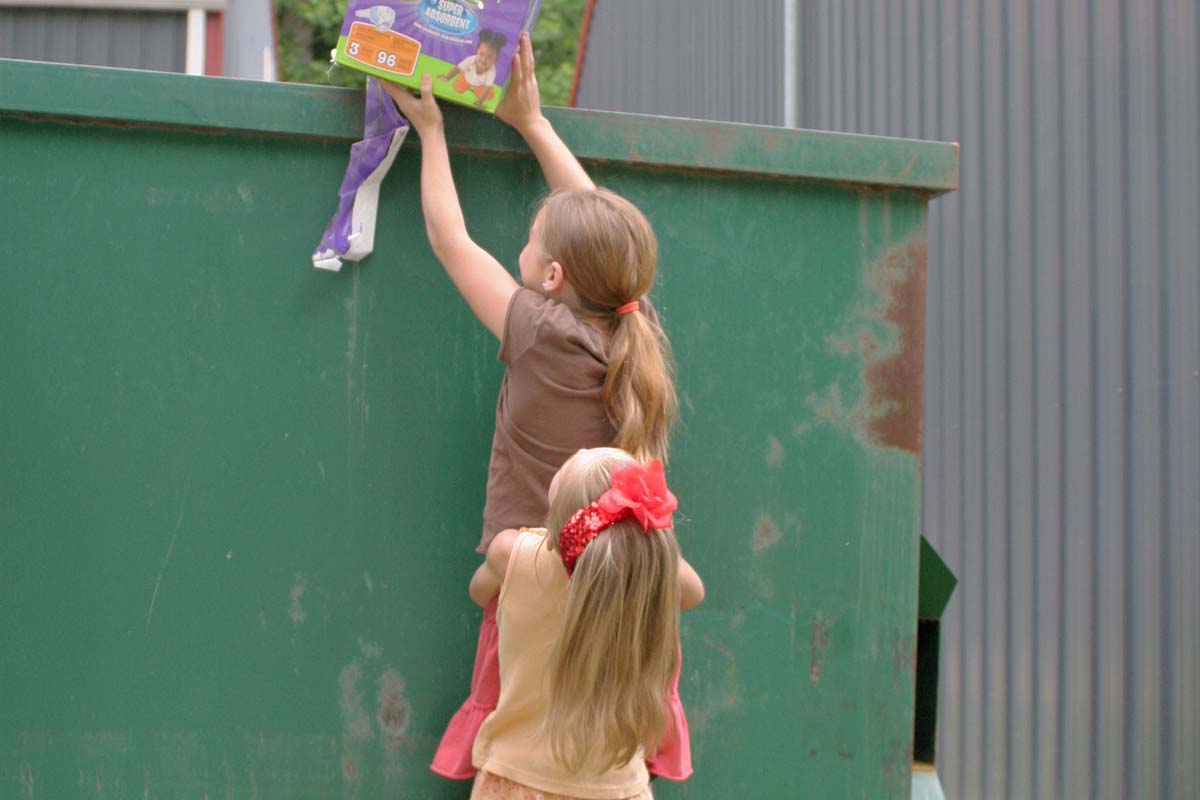 Losing things is something I am no stranger to, and this last week was no different.

I lost something I had just bought! I looked everywhere and after not finding it, I asked my eight-year-old daughter Gracie to keep her eye out for it.

Gracie loaded the golf cart full of sacks, all of our garbage including a box of dirty stinking diapers (thanks to her baby brother), and headed down to the dumpster which is by the NGJ office. Then she began throwing each of the bags over the sides of the five-foot-tall dumpster. She loves the job, I guess because it takes all her strength. She picked up the small box of diapers and gave it a great big push up to the edge, but it didn’t quite make it over. Down it came, dumping the diapers over her and her little sister. The girls quickly picked up the diapers and again tried to push the box up and over the edge, but it came back down on them again. So, my diligent little girls once again picked up the diapers and put them in the box then together they shoved it to the top of the large, green, metal dumpster. But, as my daughter said, it was as though an angel was pushing it right back at them. This time Gracie told her little sister, “God is trying to tell us something, so let’s look in the box.” Upon pulling the remaining diapers out of the box, there at the bottom was the item that I had lost a few days earlier. My daughters then put the diapers back in the box and with great triumph shoved the box over into the dumpster. And this time it went like it was well trained.

Gracie came into the house smiling from ear to ear, “Guess what, Mom! An angel was dumping diapers on us so that I would look in the box and find this!” She proudly held up my lost item. I hugged her and told her thank you, but she would have none of it. “Don’t thank me, thank God.” So I quickly did.

When boxes of dirty diapers land on us as adults, do we get short and frustrated or angry and ask, “Why is God allowing this to happen to ME?” Or do we, like a child, pick up the box again and know that God is working all things out for our good?

One comment on “When Dirty Diapers Land on Your Head”