Filter by:
NGJ Magazine / Articles / Why Did My Baby Stop Smiling?
Do you get our FREE Magazine?

Why Did My Baby Stop Smiling? 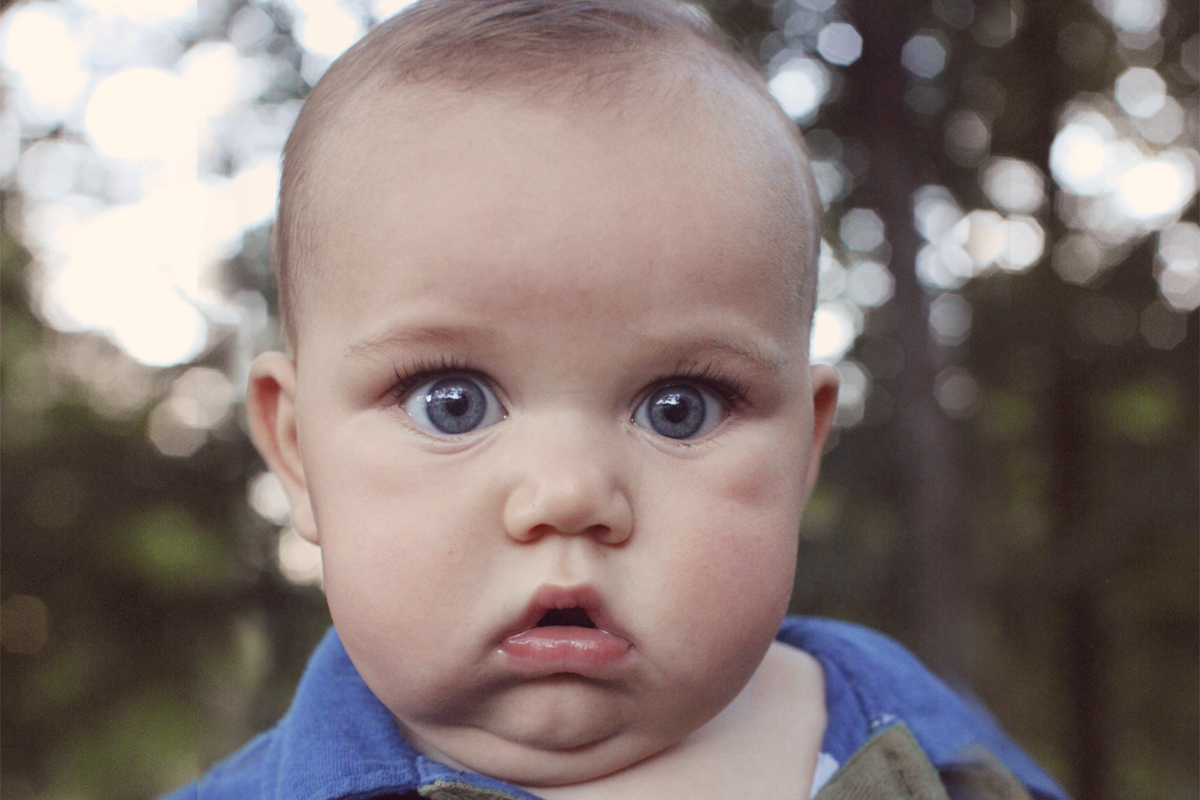 Mrs. Pearl,
This is weird. When my son was a newborn, he was the happiest little guy you would ever see. Anyone that looked at him received a big laughing smile in return. When he was about four months old it seems his smile just disappeared. Now at seven months he is like a totally different child. The only people he smiles for now are his daddy and me. Instead of smiling, he appears to study people like he is deciding whether he likes them. One of the ladies in my church asked me what happened to him, as he seems so completely different. I never leave him so I know that he was not abused. Should I be alarmed?
~Susan

Don’t be alarmed. He was just smiling because of his mirror neurons, but you are a smart mama to enquire further. Much has changed in our culture, environment, and food industry in the last 30 years that makes it critical for wise mamas to stay informed. In my book Samuel Learns to Yell and Tell, I coined the phrase “Those prepared are usually spared.” I think it even goes further: “Mamas that learn, watch, and take wise action are usually spared.” In the case of mirror neurons, it could be critical to be informed.

If you read my book Create a Better Brain through Neuroplasticity: A Manual For Mamas, then you know that most babies are born with a few select brain cells called mirror neurons. These mirror neurons cause your little one to mirror behavior. Your baby wasn’t really joyfully loving everyone, he was just mirroring what he was seeing. As a newborn he had not yet developed his other brain cells to make decisions about who and what he really liked. But as your baby’s brain began developing more and more connections (learning), he was able to begin making choices using different areas of his brain. It is part of maturing. You can understand why it is so important for a child at this tender age to be in an environment of joy and thanksgiving.

Mirror neurons are what cause people to yawn when they see other people yawn. They provoke others to laugh or at least smile when they hear someone laughing.
Mirror neurons are what allow us to “read” other people’s emotions or even intentions. Females are better at this than males because they usually have more mirror neurons. Occasionally you will see a baby that never smiles or even frowns, and some of these babies rarely even cry. This is a sign of the lack of mirror neurons. A person with very few mirror neurons can be smart, talented, and creative, but there is a downside to this deficiency. It is difficult for that person to have empathy, since they don’t have the part of the brain that naturally provides that feeling. But as you read in my book, empathy can be developed with a few simple techniques.

New research is suggesting that the lack of mirror neurons is likely a factor in autism. Just 30 years ago only 3 out of 10,000 children tested positive for autism, but in 2020 the estimated number of four-year-olds testing positive for autism will be 1 in every 23! Autism appears to have triggers and foundational causes. The shortage of mirror neurons would be more of a foundational cause. But it appears that autism could possibly be avoided if there is never a serious trigger in a child’s health or emotional state.

The question is WHY are babies being born without mirror neurons? Right now, much research is focused on how cell phones carried in men’s pants pockets are affecting their sperm. It is known that most cases of autism come from the male sperm.

Thankfully, since your baby boy was a smiler, I think that it is safe to say he is loaded with mirror neurons, thus according to the research he will likely not develop autism (which does not become apparent until a child is two to four years old.) And I venture to say that your smart husband never carried his phone down around his male parts. Knowing this information and acting upon it is the kind of information mamas need in today’s changing world. It is certainly better to be safe than sorry. Knowledge is power; learn and live well.

Read more in: Create a Better Brain through Neuroplasticity: A Manual for Mamas. It is a fun read full of stories and new research that will help you raise happy, healthy children. You will also learn interesting yet amazingly simple strategies researchers have discovered that help improve symptoms in autistic children and will also help all children have a healthier, calmer, more focused life.

One comment on “Why Did My Baby Stop Smiling?”