Filter by:
NGJ Magazine / Articles / William the Conqueror
Do you get our FREE Magazine? 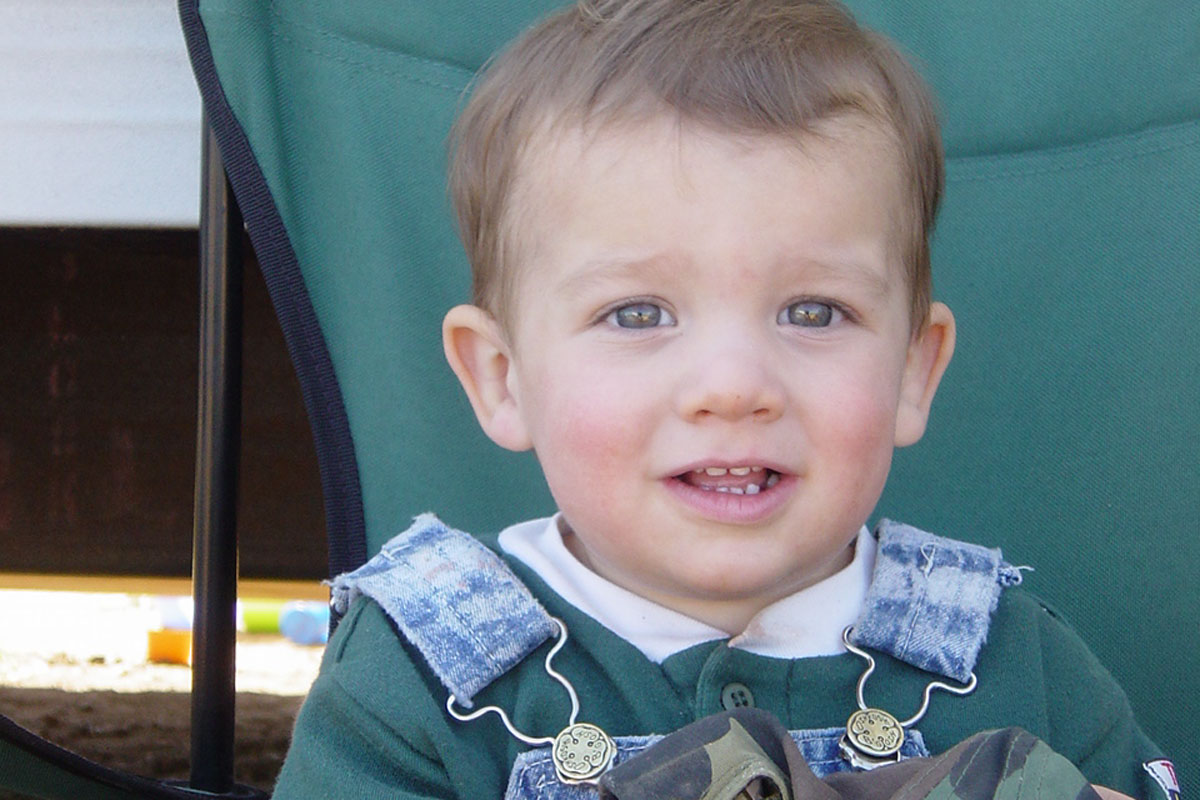 I am always observing the few families I know who will not be offended if I write whatever I want about their children. It takes a lot of confidence, or humility, to have 100,000 people know how your child has acted. Not many moms or dads are willing, but William’s parents are. One morning in a church meeting, I caught an interesting by-play with 15-month-old William and his mama.

William’s parents, the Noels, are the missionaries that went to Papua New Guinea (same village where our daughter Beka worked… read Rebekah’s Diary) several years ago. Dewayne Noel taught 30 men, 5 days a week for several months until those men were ready to go out and preach the gospel and establish churches. You will remember that another missionary helped finish the translation of the Bible into the Pidgin language, and the No Greater Joy readers sent money that helped get 40,000 Bibles printed and shipped to New Guinea. We went back last year to check up on the folks in the mountains of PNG and found 6 strong churches and Bibles in the hands of all the people. Now, the Noel family is preparing to go to Bangkok so their daddy can teach the young students at the mission school.

When a man is going to teach other men to be missionaries, he needs to have his family in order. This missionary does, and he is worthy of his hire. William is the youngest of the Noel clan, and he is the little man of this story.

Now, back to where I was watching 15-month-old William during a church meeting. William is all male. He spends his days trying to dominate his sisters. He has twin sisters 1 year older than he, another sister 2 years older, and a big sister 8 years old. His big brothers, 11 and 9, have spent most of the spring sleeping outside. They are in training to be tough missionaries. Jesse, the 9 year-old, was the boy featured on the front of NGJ with his BB gun and cowboy hat. I would hardly recognize the kid without both hat and gun. William is following in the tradition of his brothers as a dominant male.

This past Sunday I observed him barely balanced in a small chair beside his mom. One twin, Victoria, was sitting next to him, and the other twin, Virginia, was sitting in a small chair in front of William. All three were within reach of mom. As Virginia sat cuddling her baby doll, William leaned over and snatched it right out of her arms. Virginia looked shocked and hurt and turned her face to her mother to plead for redress. As William clutched the doll, his face was aglow with a mischievous delight. Church went on undisturbed, but I was taking notes and was ready for an explosion. I should have known better. This family is in church every week and there has never been an explosion or even a loud disturbance, so why should it happen when I watched?

Now, if I had been the mother, I would have popped William between his eyes with my finger and commanded, “GIVE IT BACK!” I have always been rather assertive, and William is a man’s man in the making, so he would appreciate the firm stand. But this could have made a BIG disturbance in the meeting. So William’s smart mom did an amazing thing. She leaned over and looked into William’s eyes, her face only 8 inches from his nose. Since I was sitting close, I could see apprehension in his face. He knows that when she has to, his mama can swing a mean switch, but this time his mama smiled. It was his turn to be shocked. He stared into her eyes as if hypnotized, but after about 10 seconds I saw him begin to respond to her. When she knew she had his full attention, she wrinkled up her nose, and continued to smile. Her face seemed to indicate to me, “Mama loves you. Are you being a good boy? Give the baby doll back.” William read her expression loud and clear. He wrinkled his nose just like his mama did, smiled, and turned to hand the baby doll back to sister. No one in the meeting ever knew. Little Virginia did not disturb the meeting, because she knew better.

Now, you might think that William’s bad behavior was rewarded, but not so. At home, William is taught that he must give over, or he will be spanked. When he is spanked, it is done with peace and authority, and not as if mama is picking a fight with him. I encourage you to be so consistent at home in training and tying strings of fellowship so that when you are in a public place and the need arises you can correct a situation with a smile and a wrinkle of your nose. William’s face proved that nothing in this world was as important as his mama’s smile. Of course he knew she had other tools in her child training kit.

Just this morning, William’s mom told me he was back at his old “I will be the Boss” tactics. He took a book from one of his twin sisters. Mom told him to give it back, but he dropped it on the floor. He didn’t care about the book, but to humbly submit to his sister was just too much for his male ego. Mom softly told him to pick up the book and give it to his sister. Mr. Tough picked up the book and gave it to his biggest sister, but not to the offended one. Big sister, who is in the chain of trainers, refused the book and told him to give it to Victoria. William’s mom told me she was ready to use the switch. William knew that when he resisted obedience his mom’s switchings were swift and painful (not a sweet tap-tap-tap), so Mr. Sweetheart gave little sister her book.

William is in training. He is a strong personality and is being shaped every day to control his will to dominate others, yet he is being encouraged even at this young age to use his strengths to be a leader. Someday soon, William will be stepping in to take care of his sisters, just as his big brothers do. Until that day, the switch is always available, but so is mama’s smile and wrinkling nose.

Husbands and Wives in the Making