Filter by:
NGJ Magazine / Articles / Wisdom That Works: Three Essential Relationship Rules
Do you get our FREE Magazine? 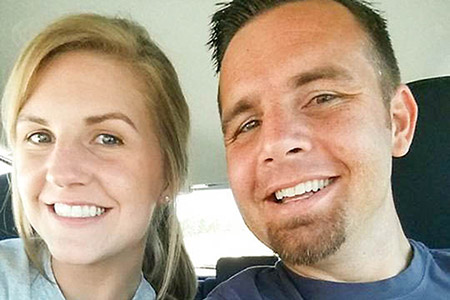 I want to share with you some personal rules the Lord has taught me about human relationships. After being widowed, I got married to Michelle eighteen months ago, and we have never had an argument to this day. So I asked her, “Why haven’t we had an argument?” She said, “Well, it’s because of the relationship rules that you live by; they work quite well.”

So I want to share with you the rules that have been a blessing to my life in all human relationships, and especially in my recent marriage. Do you get into a lot of arguments? If you apply these rules, there will be no more arguing. But it could be that you like to argue. Some do. It is very stimulating, but not very healthy.

Rule #1: Right or wrong doesn’t matter; what matters is their reality.

You say, “Wait, of course right or wrong matters!” But the thing is, people are doing you a favor when they tell you what they think, whether you agree with them or not. The Bible says “A wise man will hear, and will increase learning...” (Proverbs 1:5). It says in Job 34:3, “For the ear trieth words, as the mouth tasteth meat.” So you listen to what they’re saying and consider the truth it may contain. The Bible says, “Every way of man is right in his own eyes...” (Proverbs 21:2). So you have to remember that what they’re telling you is what they really think, so treat it like reality, not as something stupid.

It goes like this: “You never do the dishes, and you never help me!” Men hear that blanket statement and respond like calculators and spreadsheets. “Wait! Of course I do the dishes and help you. I did it last month, and I did it two years ago on December 14th, and when we were first married, and when we were dating I did it one time, so that is absolutely not true. I do help you do the dishes.”

Women are more emotional, so they’re not thinking about it that way. But never dismiss their complaints by blaming it on their emotions. Just know that you are not doing yourself any favors when you argue. Stop and think, “Okay, she really does think I don’t help and that I am neglectful of my share of the duties.” That is what she wants to say and didn’t, and that is what you need to hear when you  listen past her emotions and your self-defensive response.

When somebody comes to you with a complaint, remember to seek further enlightenment. Ask questions that do not reject the premise of their charge.

When charged with “You never do the dishes,” instead of saying (like a man) “Oh, yes, I do the dishes,” say, “When did you first notice that I haven’t been helping around the house as much?” or “I’m sorry that I have created an environment where I’m not being very helpful.” You might ask, “What’s the most upsetting thing that you’ve noticed about me being so slothful?” Or maybe you could say, “How long have you been noticing that I’ve been slacking around the house and haven’t been helpful?” or “What is the hardest part for you about living with someone that’s a non–dish washer?” Then she will start talking to you instead of throwing hurt in your direction. The Bible says, “Counsel in the heart of man is like deep water; but a man of understanding will draw it out” (Proverbs 20:5). So ask questions. “What’s so stressful?” “What’s bothering you?” You will be helping yourself get to the core of what really concerns her. People often need to filter what they feel to speak their actual concerns, so like a deep well, you will need to “draw it out.”

Some people just swallow it, pushing their hurt to the back of their minds. I always encourage Michelle (or whoever is upset) with, “What’s upsetting you?” or “What’s bothering you?” and I try to draw it out before it is fired back at me. That way we can work on it and fix it before it explodes into an argument or hurt feelings.
(This is going to be hard for you men especially.)

You hear, “You don’t do the dishes!” and you have a strong impulse to defend yourself.

“You’re a bum,” and you want to come out verbally swinging. (By the way, my wife never says anything like this.)

She charges, “You’re torturing the cat!” You want to defend yourself and make excuses.

But the Bible says that when Jesus was reviled, he reviled not again. It says that when he was accused, he answered them nothing. So if you stop defending yourself and start asking questions, and you realize that right or wrong doesn’t matter, it’s actually all about what she thinks, you’re going to start getting a lot further in your relationship.

But if you want to be right, congratulations, you can be right. And if you want to defend yourself, you can defend yourself, but you won’t have a successful relationship, because in successful human relationships, what the other person thinks about you is more important than what you think about yourself. In fact, it is the only thing that matters.

Figure out what your spouse or friend thinks about you and see if there’s any truth to it. You just might help yourself out.

Bezaleel Cummings is a homegrown Cane Creeker who got saved as a child and grew up under Mike’s teaching. He went to Pensacola for Bible School. He loves being the pastor of the great folks in Huisache Ave Baptist in south Texas. He writes of his wife, “Michelle is a blessing sent from the Lord: a wonderful Christian wife and a good mother to our boys.” To read his testimony go to: http://www.myhabc.org/bezs-bio

Phil 1:12: “But I would ye should understand, brethren, that the things which happened unto me have fallen out rather unto the furtherance of the gospel.”