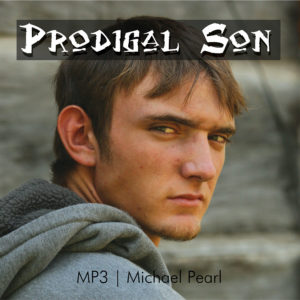 Announcer:  Would sin still be sin if God just wasn't around to be offended by it?

Michael Pearl:  He is going to say, "Father, I've sinned against heaven."

When you sin, you don't just sin against God. Some people want to blame God for being the judge, as if, if He would withdraw his judgment, then sin would be okay. That's not true. If God stopped judging, sin would still lead to death.

Sin doesn't end in death because there's an angry God sitting on the top of the pyramid. Sin ends in death because sin, by its very nature, is destructive and will damn you. Getting rid of God wouldn't get rid of the consequences of sin. You've sinned against heaven and before thee. God, himself, sees the sin. God's hurt. God is wounded. God is angry because of sin.

Announcer:  We're really glad you listened today, and we hope that you were blessed. Remember, check our always changing online specials. [music]