Filter by:
Blog / All / Good and Evil Translation Project

By No Greater Joy Ministries
November 9, 2006 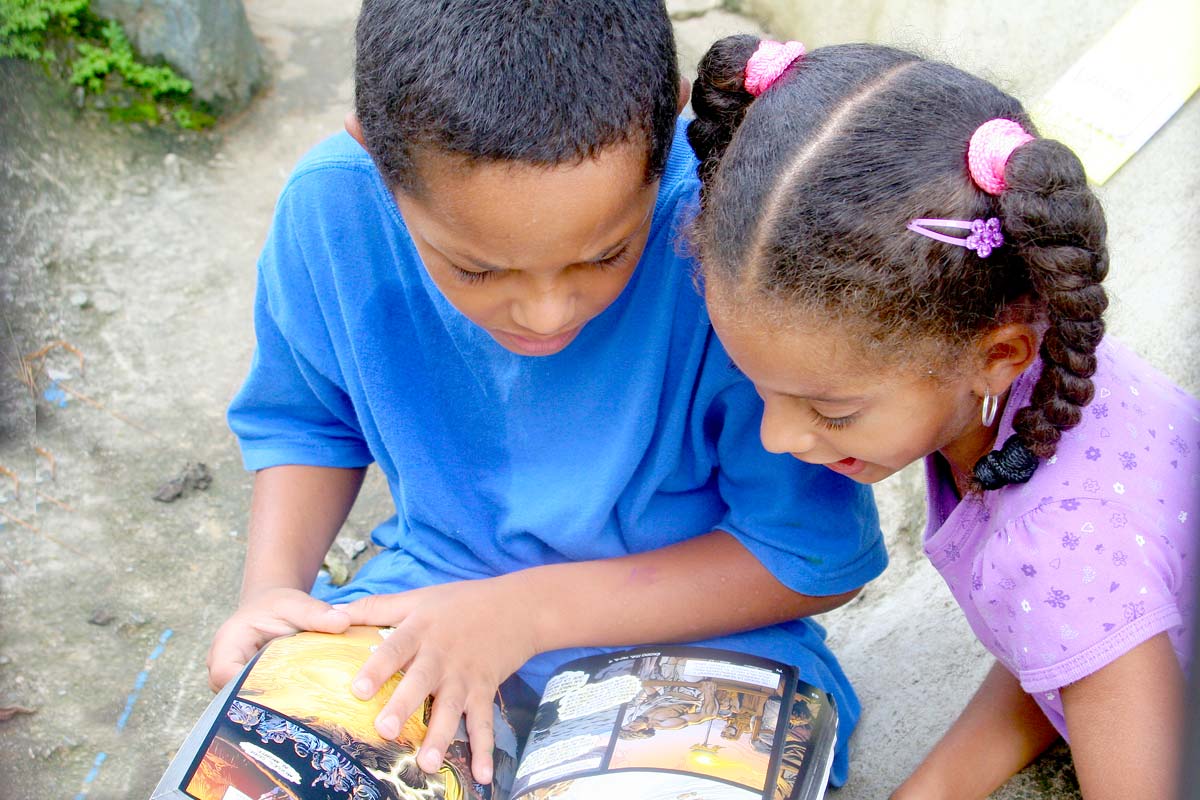 On November 1, 2006 No Greater Joy Ministries, a 501(c)(3) non profit charity, has launched an aggressive plan to translate their new Picture Bible entitled Good and Evil into 100 languages in one year.

Good and Evil is based on “The Chronological Approach.” It has been the experience of many missionaries to “win” a people group to faith in Christ, only to discover years later that no one really understood the message. The people group had adopted all the outward forms of Christianity and blended this with their traditional world-view, producing a hybrid that was as devoid of life as the idols they once bowed down to.

Missionaries struggled for a solution, comparing the teaching methods that effectively communicated the gospel with those that produced a lifeless blend. This identified the problem, which caused the missionaries to develop this new approach called “The Chronological Approach.” Rather than beginning with “Christ died for your sins,” they began where God began, in the book of Genesis, with the Creator, the fall of man, the law, blood sacrifice, and the prophecies of the coming redeemer, thus preparing the people to fully understand the gospel of Christ.

Michael and Debi Pearl, founders and directors of the No Greater Joy Ministries, were missionaries long before they attained their fame as child trainers. Their two most popular books are titled To Train up a Child and Created to Be His Help Meet. These two books have sold over 700,000 copies, and have helped countless families improve and even save their marriages, as well as helping them produce well-trained children. Their Free Magazine is distributed bi-monthly to over 75,000 families. Their vision has always been to tell the whole world about Jesus. They are thrilled to be engaged in the most colossal outreach of their lives: taking the gospel to the whole world in the local languages.

In their forty-three years as full time Christian workers, Mike and Debi have never asked anyone to give money to themselves or their Ministry. God has supplied their needs as well as the needs of the Ministry. With the unsolicited contributions and the sales of their over 75 publications, the Ministry always operates in the black. The Ministry gives free material to military personnel and their families, prisoners, missionaries and full time Christian workers. They also provide financial support to missionaries in nine countries.

This project is different; it is expected to take about $3,000,000 to translate, publish and freely distribute this book into the languages of the earth. This sum is far beyond the resources of the Ministry. The work has begun with the establishment of a “Translation House” in Asia that will be responsible for many of the Asian language translations. Over 30 languages are being worked on now throughout the world. If you would like to contribute to this work, you can call Mel Cohen at 931-593-2484 for more information, or visit us online at www.NoGreaterJoy.org, or write us at No Greater Joy, c/o Translation, 1000 Pearl Rd., Pleasantville, TN, 37033. Other Ministries are welcome to participate, and more translators are needed. Keep 100 Languages in 1 year, in prayer.