Filter by:
NGJ Magazine / Articles / Little Pearls—A Little Child Shall Lead Them
Do you get our FREE Magazine? 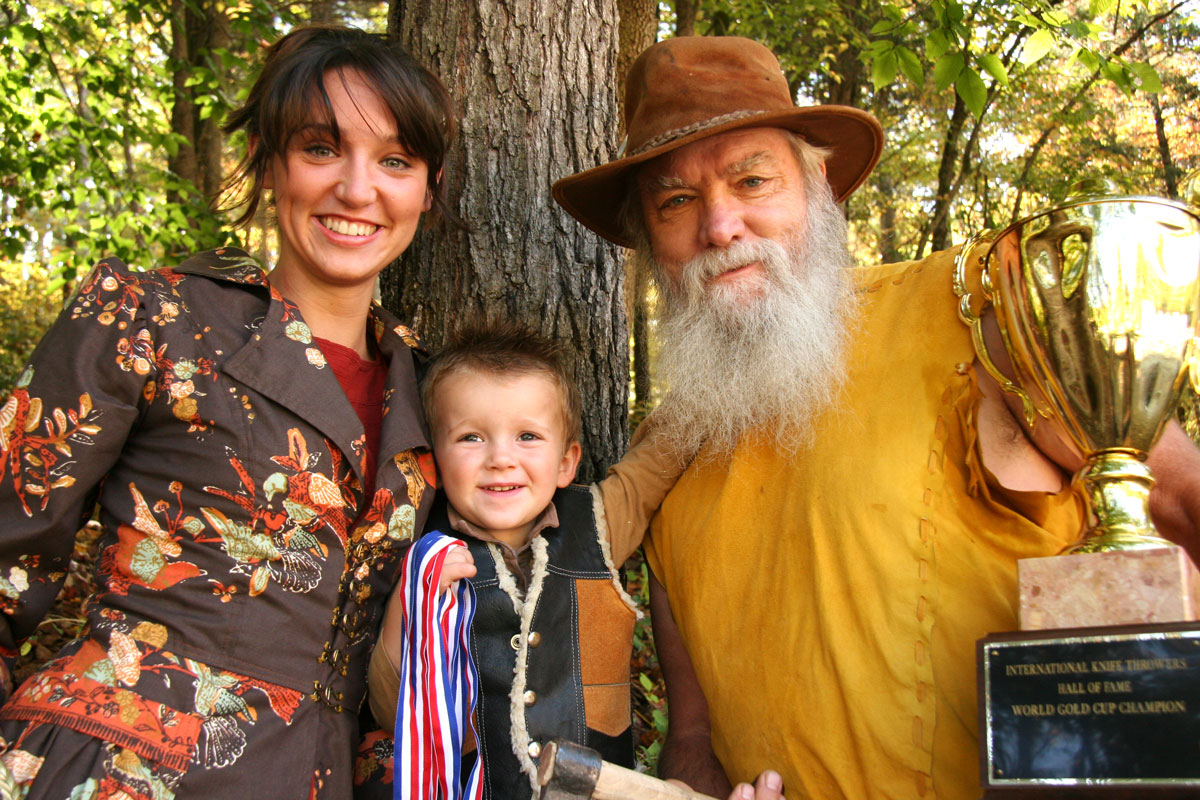 The things we can learn from a three-year-old are awesome. Deb and I were driving along with Jeremiah, our grandson, and he was chattering away as usual, ending every sentence with, “Is that right?” He is not really wanting conformation as to the truth of his statements; he wants to make sure his audience is fully engaged—like a preacher who expects an “Amen” out of his congregation every time he takes a breath.

It has never been my habit to run over anything on purpose. I will even dodge a lizard or one of those early spring frogs that are so prolific after a rain, if it is not a danger to the stability of the vehicle. I find no pleasure in killing any of God’s wonderful creatures. So, it was clear that he was not lecturing me because I had been offending his environmental conscience. I later asked his daddy about it. He just laughed, saying he had no idea what prompted his son to mount his soapbox like that.

I had already noticed when we took Jeremiah fishing that he expressed empathy for the fishing worms we put on the hooks. Since he was a year old, it has been a favorite pastime of his to collect worms, but I don’t think he fully understood their purpose. As unpleasant as it might be, he was quite willing to skew the slimy little creatures onto a hook for the sake of catching fish, but he knew it was killing something alive. Somehow, the purpose of doing it must have seemed noble. Likewise, when he caught a little fish and I gave him the option of keeping it or throwing it back, he expressed empathy for the “baby fish,” and was quite emphatic about “returning it to its mama”.

You need to understand that Jeremiah is a man’s little man. He is always outdoors catching little snakes and baby mice and putting them into his collection. He is rough and tough, but he also has a natural empathy that is not taught. It comes right from his God-given soul. He was born with it.

Here’s the lesson I learned from Jeremiah. So what, if I did run over frogs to hear them pop—as I have seen others do? So what, if I laughed when I squashed a turtle or flattened a lizard? It would most certainly offend his little conscience. After the initial shock of his granddaddy doing such a thing, he would come to accept wonton killing as normal. It would destroy his God-given empathy and begin to build cruelty into his soul. For too many today, it may seem to be such a little thing, but it is the worldview of a human being that is being shaped here.

I know a man who nearly runs off the road to kill rodents or small animals on the road. I have been a passenger in the car with him when he has exulted in the thud of killing a critter. I have killed many creatures for food or because they were a nuisance on the farm, but never carelessly and absolutely never for pleasure. I was shocked at this fellow’s wanton lust for killing helpless wildlife. But after getting to know him, I can say assuredly that he is a man without sympathy or empathy. His family feels his insensitivity and suffers from it.

Jeremiah’s words that day in the car shocked me. What if I were to violate his standards? Would he feel differently toward me? Would he be less secure in my presence? Would he lose a measure of respect for his Big Papa? If my actions seared his conscience, how would it affect the way he relates to others? Would he become less caring and compassionate? It may seem like such a little thing, and yet, it is actually a foundational element of the man he will become. So delicate, his little soul. So wonderfully made. I see the very image of God in him, and I consider it my responsibility to cultivate and protect all that is good in him.

All too soon, he will be marred by his own personal sin inherited from Adam. He will violate his conscience in many areas. He will become personally guilty before God. And, like all of the sons of Adam, he will by natural course become a child of wrath. The question that strikes a loud chord with me is: When he comes of age, will his soul be offended by his sin? Will he love light and hate darkness? Will he feel the need to repent to God and seek forgiveness? I have finally concluded that, how I live before him now—when he is three—will have much do with whether or not he will respect the truth when he reaches a condition of accountability before God. It is no light matter for me to be a mentor for a three-year-old.

Some of my readers will scoff at what appears to be so little a matter. But every wayward boy they know had a turning point somewhere and for some reason. Every rebellious son lost respect for his parents over some “small matter” over which neither he nor they were aware. To sum it all up succinctly: I’m convinced that every bully and cruel thug had a point somewhere in his young life—before he was three, I think—when his soul was torn and his path became crooked. God, awaken us, and give us grace to walk in wisdom for the sake of all those little eternal souls you bring us across our paths. (Matt. 18:3–6; Luke 17:1, 2)