Filter by:
NGJ Magazine / Articles / Throwing Anger in the Garbage
Do you get our FREE Magazine? 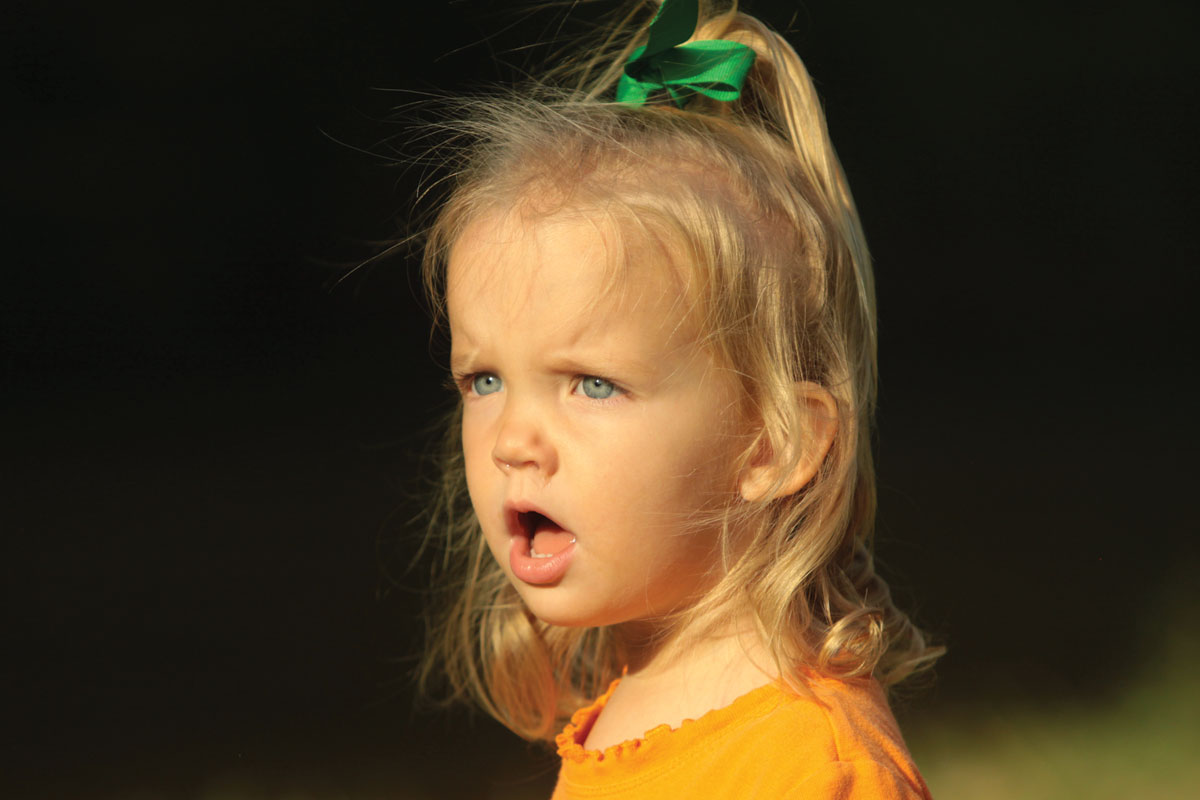 Laila was becoming more and more frustrated and it had led to her being angry. Her frustration was due to Gracie teasing her, or me being busy and not responding to her right away. She became conditioned to getting attention by whining, crying, or getting mad. Then I would react and she would get in trouble for the whining or for being mad. It just made her madder.

Over time I could see that her response had become a habit that we had created. The first step was to take away things that were frustrating her, at least as much as we could. I talked to Gracie (big sister) about the problem and we agreed to do all we could to help Laila.

The second step was to figure out how to break the angry response that she had learned to use to get attention. I knew that spanking her and other types of discipline would not be productive. I asked God for wisdom to help my little girl to learn to control her emotional reactions of anger. The next time Laila got angry I set her on the couch and told her that anger was a bad thing. I explained that anger made little girls not be sweet and that anger wanted to hurt her and be mean to her. I told her that Mama wanted to get that anger and throw it in the garbage where it belonged, so that it could not hurt my sweet girl anymore. I told Laila that we could tickle it out of her, or kiss it out, or spank it out, depending on how much anger was there. The whole concept caught her imagination. She told me that she thought we should tickle it out of her. I agreed. She was smiling and I was laughing by the time I started tickling while chanting, “Anger, Anger, go away, do not come back to hurt Laila any day, you mean old ugly anger.”

Gracie knew I had been thinking about what to do about Laila’s anger so when she walked in she quickly followed my lead by running to hide in the closet. I asked Laila, “Where do you think the anger is? Do you have anger still in your heart?”

“No,” she said, “it is in the closet.” So I grabbed my switch and off to the closet we ran. Out jumped Gracie, screaming like she was angry. I proceeded to chase her through the house with Laila right behind me. We chanted, “Let’s get that anger and throw it away.” We caught Gracie and tickled her to the ground. It was all great fun.

The next day Laila shut her finger in the door. She ran to the couch and sat down with her arms crossed like she was mad. To my shame I was cooking and not paying attention again. She looked up and said, “Mama I think you need to spank the anger that is in my heart and make it run away.” She was so sincere, it was so cute. I stopped cooking and asked her, “Do you have anger in your heart?”

I grinned at her as I said, “Then I will kiss it out of you.” I started kissing and hugging her and she started laughing while trying to talk, “My anger is gone. I think it jumped into the garbage can.”

We have been chasing and kissing and tickling and even, at times, when the anger is really awful and it will not run away I have to spank it out. Now, three weeks later, there is less and less anger and she tells me that anger cannot hurt her anymore. Some days when I see frustration begin to build in her I catch her in my arms and spin in circles while saying, “Go away, Anger, and leave my little girl alone.” She knows my heart is to bless her and make her life better, so she responds to that caring call. There have been several times now that I have seen an angry response coming and told her, “Remember, Anger wants to hurt you; do not let it grab you. Ask Mama for help and push that anger away.” Over and over I have seen her gain control of her negative emotions. She is learning self-control. This training will follow her all her life. She will be healthier, happier and a greater blessing to others for learning self-control. ☺

• The Will to Dominate

The Gift of Music

18 comments on “Throwing Anger in the Garbage”