Filter by:
NGJ Magazine / Articles / My Very First Bottle Calf
Do you get our FREE Magazine? 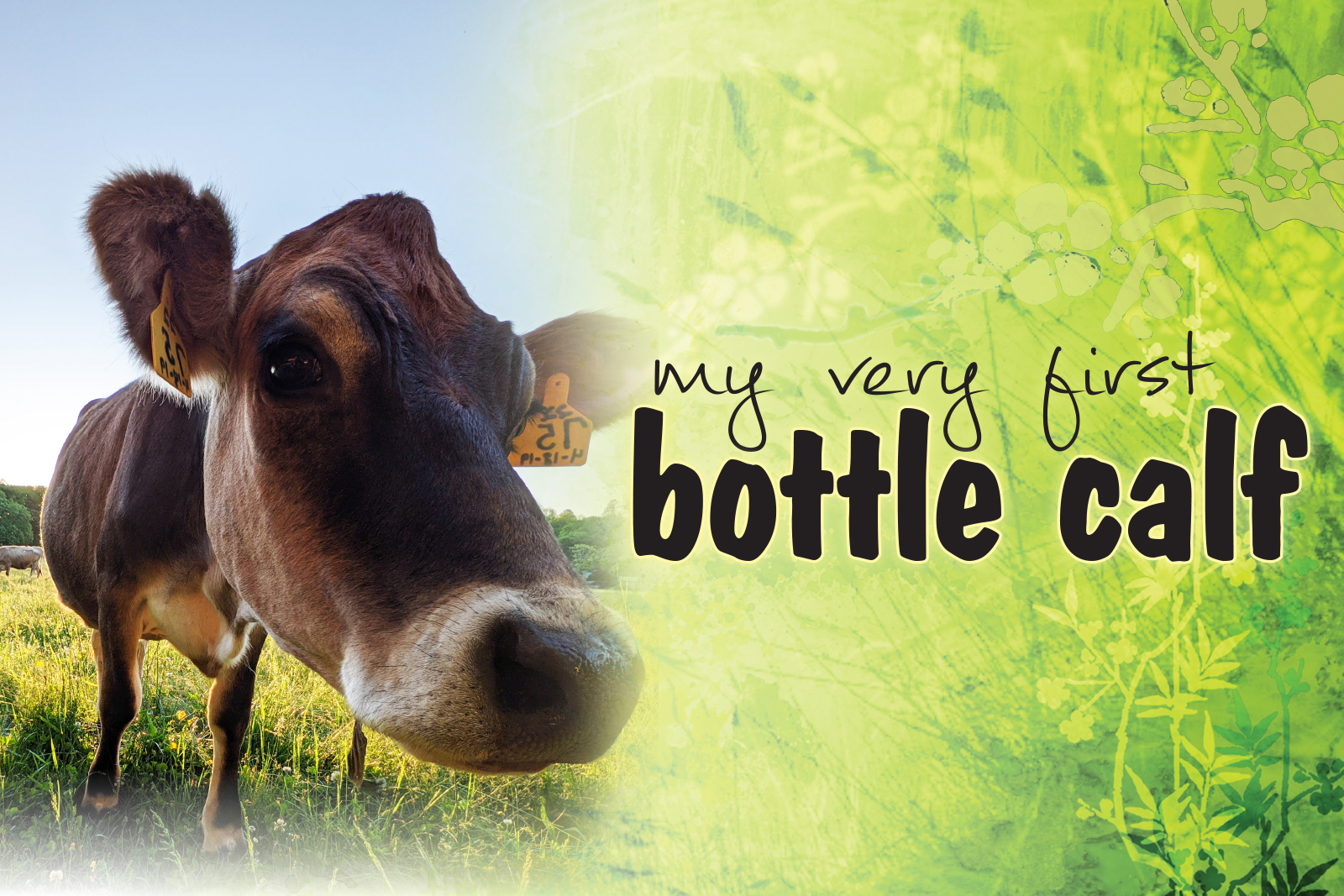 I bottle raised a little heifer calf when I was 4 or 5. The mama cow had been sold by mistake, I think, and the calf was left behind. She was a deep brown color, and of course this chocolate loving little girl named her Brownie. She would run up to the fence to get her morning and evening bottles, as frisky as could be, and before I knew it, she grew up and became the leader of the herd. Brownie was special. She was highly respected, because at my request, she remained the only cow to not be de-horned. My Papaw, who owned the herd, had a tender heart toward everyone, especially his little calf-loving granddaughter. She must have freshened 20 or more times over the years. Some of her heifers grew up and stayed on the farm to have calves of their own. The old cows died and young heifers and steers were sold off as their turn came, but she stayed on at the farm. I always said hello to my pal, and most of the time she let me scratch her between the horns, though I had a healthy respect for them! I moved away when I married my sweetheart, but she kept holding her top cow position back on the farm, keeping the 90 or so head of cattle in line.

One day last fall, Brownie went down in a ditch, probably breaking a hip or something, and couldn’t get back out. Papaw and Nanny worked for hours. Brownie even gave Nanny a black eye for her effort. They even tried to lift her out with a tractor and some invention Papaw came up with. Sadly, nothing would budge the 21-year-old cow. So Papaw sat down beside Brownie and told her how much they had enjoyed having her as a cow. And then with a heavy heart, he put her out of her misery. He normally hauled the dead cows and calves to a back corner of the farm, known creepily as “the cow cemetery” where they returned to dust in a pile of bones of those gone on before them. But Brownie was special. Papaw dug a grave for her, and buried her. My Papaw called me to tell me all about how her last day was spent, and I have to admit, I shed some tears.

If you have a grandchild, it’s worth it to invest deeply in them. My grandparents always have a special place in my heart, and I always had a listening ear for their advice, because of their kindness and loving through my childhood. Nearly every day Papaw could be found praying to the Lord in his little prayer closet for his family, friends, and cares, before starting a long day of farm work. If I happened to find him there, he always wanted me to join him, and we would pray together. Nanny would cook my favorite foods for my birthday or just because. So many times I got out of my house chores to go ride behind one of them on the four-wheeler to help herd the cattle or mend a fence. I really appreciate the blessing of growing up next to my grandparents.