Filter by:
NGJ Magazine / Articles / The Nuts and Bolts of NGJ
Do you get our FREE Magazine? 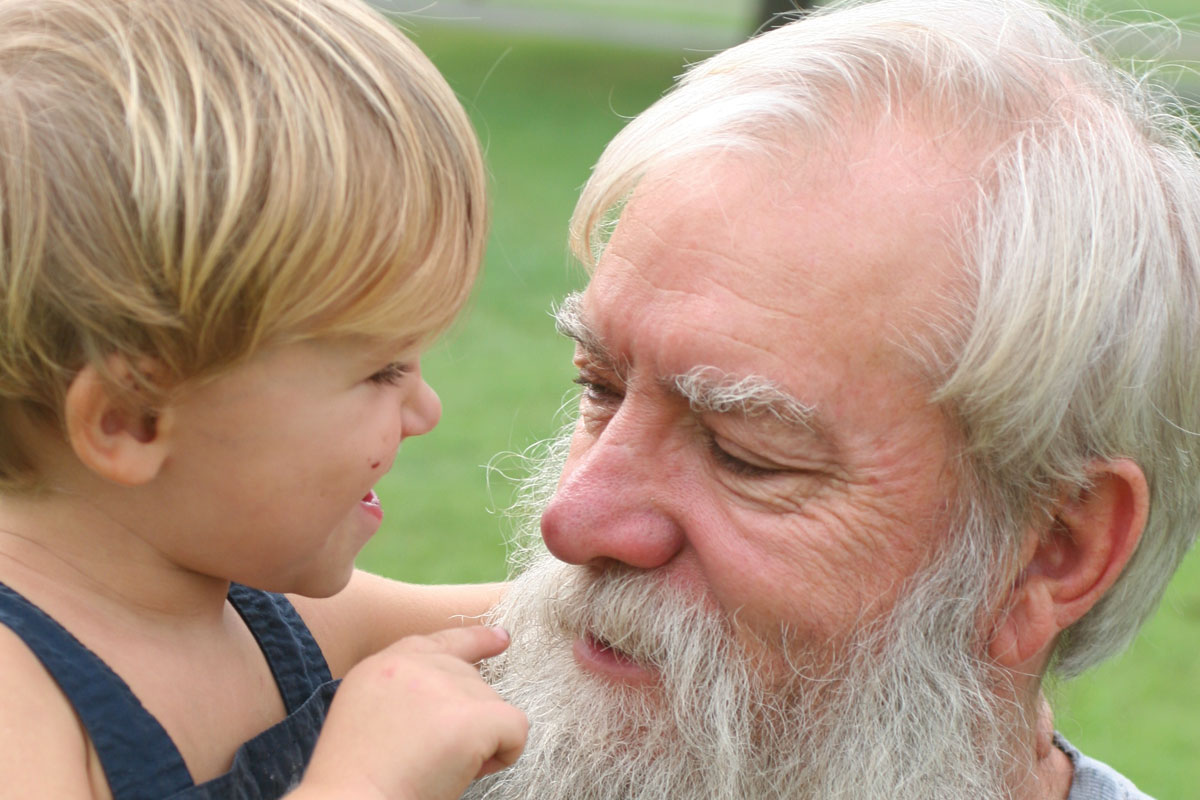 The guy at the microphone responded to my order quickly. He sounded highly intelligent, about 35-40 years old, probably a college grad. When I drove around to the second window, I was surprised to see a scraggly-haired, 18-year-old, thin-skinned, pencil-necked sissy with bad complexion, but he had a great voice. It got me to thinking: I wonder if people have any idea who they are talking to or what we look like here at NGJ. I know that I’ve always enjoyed seeing what the people look like at ministries or companies we buy from.

So, for your viewing pleasure, I present No Greater Joy Ministries. Well, not quite yet. First, let’s go back to where it all started. In the early spring of 1994 Mrs. Penny Mullins of Fort Worth, Texas wrote my dad a letter asking how he got his children interested in missions. At the same time, Bill Bell from the same church in Fort Worth gave Dad an old 286 computer, which was as strange to us as men from Mars. But Dad learned to type on it while answering the question.

The response went from one page to five pages to a book. At that time, Dad’s typing skills matched the slow computer, so it took several months to finish it. We were living on six to eight thousand dollars a year, growing nearly all our food, shooting deer for our meat. Times were austere, to say the least. The county in which we lived had only one red light (now we have two) at that time.

My dad’s brother-in-law, Bubba Stewart, paid for the first printing of three thousand copies of To Train Up A Child, which was about the longest response to Mrs. Mullins’ letter you could imagine. It has been nearly fourteen years now since that first letter. We have gone from using our enclosed back porch as the office to what we have today. The office is still only 25 feet from our house. After using the sunroom/porch as an office for a good while, our first constructed office building was about eight hundred square feet, almost completely built by volunteer adolescents. It seems like about every other year we add on to it, trying hard not to make it look too ridiculous.

Last month, my dad and I were standing out in the yard trying to figure out where we could put a three-thousand-square-foot new warehouse that we needed. It suddenly dawned on us that this beautiful farm we moved to some twenty years ago was pretty much beyond hope now. He said, “Look around, this place will never be good for anything else; there is so much concrete and gravel everywhere, we might as well put the warehouse where we need it.” So, as of this month, where the old fruit orchard used to stand, there is a big, new shiny building which, by the way, is already completely full of books. The properties on which all the buildings stand are now in NGJ’s name. It was a necessary step to comply with the 501(c)(3) laws. Dad organized it as a nonprofit corporation so all excess funds could be used for missions, whether domestic or overseas.

It all started with all of you (Mrs. Mullins first, of course), your e-mail or snail mail, requesting guidance from us about family issues. Carolyn and Pat (We call Pat the heart of No Greater Joy) read the mail and sort it.

Almost every day, Dad and Mom read a big stack of letters. The pressing or dangerous issues are addressed at once; some of the more common problems, Dad reads and answers on the public forum of the web (daily or weekly). If the questions have already been dealt with through previous writings, then Carolyn will write, advising the person where to look on the web. Pat posts letters on
Createdtobehishelpmeet.com for our readers to learn from each other.

When you place an order, it is received by Kathy or Annette, where they process the order and send it down to Bob in Shipping. Bob is one of these older guys whose body seems to defy the need for sleep. He gets to work around 4AM every morning. He pulls the orders from the previous day and gets things prepared for the rest of the shipping staff who arrive at 7AM. Tremaine packs the majority of the orders (occasionally with the help of his 8-year-old son Trajan), keeping his hands busy all day, while his mind is occupied listening to Bible tapes or planning messages.

Elizabeth is the youngest of the full-time staff. She is my cousin, and it was her daddy who paid for the first printing of To Train Up A Child 14 years ago. Elizabeth spends her days packing special orders for the military and prisons, and all the huge distributor orders. She also takes a lot of the pictures you see in the magazine. (Quite the talent…guys.) Yolanda, the workaholic, does a lot of cleaning and helps with the shipping. (The ruby of No Greater Joy is still single).

FOOD. What can I say? NGJ is known for its gourmet foods. You probably know that we live out in the sticks, which is the reason we “make” lunch every day instead of going to a fast-food place. And, this is where my sister, Shalom, comes in. Although talented at many other tasks, at the office her daily specialty is whipping something together that is pleasant to the palate. I might add, this is all done with baby Laila on her back and Gracie by her side, unless she is outside with her daddy. And, this is where Justin, Gracie’s dad, comes in. He is a jack of all trades, keeping the forklifts and trucks running, moving pallets of books, keeping everything in tip-top condition, and this is just skimming the top of his duties. In the mean-time, he is learning how to do and run everything.

Hugh, Annette’s husband, is the computer engineer. When you are in the middle of typing something important and your stupid computer freezes, Hugh is the man of the moment. He has a special room that looks like the back panel of the Star Trek Enterprise with wires, little flashing LED lights and panels everywhere. He is what makes everything high tech run smoothly.

Lynne had a heart for No Greater Joy before she ever came to work here, and has proven to be very faithful designing and laying out the magazines and books so that things are enjoyable to read and are tastefully done. Aaron is basically a cyber cowboy who moved into camp a year ago and has been excellent for us. But, like most young cowboys, he has been feeling the need to drift on to see new country. By the time you read this, he will have already moved on, but we felt compelled to mention him because he has done a great amount of work for the ministry. We are looking for a super geek to replace him.
Mel is the numbers man, the guru of finances, the brain of economics, the salesman of all times, the man with the plan, the whip behind the whole office. If there is a vacuum anywhere to be filled, he’ll find it, or if there is a deal, he’ll seal it. It is his professional expertise that enables No Greater Joy to continue to offer low prices and still put thousands of dollars into missions each month. I have often wished I knew half of what he knows in finances.

And, then there is me, oldest son of Mike and Debi Pearl.  I am not on staff at No Greater Joy, but am often here. When I am not writing, which is most of the time, I am either building things back here at No Greater Joy, working at my own business, PearlOutdoors.com, or I’m out in the woods.
Dad and Mom would love to be able to invite all of you to come by to visit us sometime, but that is not possible if we are going to continue to do what we do best―minister. When they are not off ministering at churches or seminars, which is most of the time, Dad and Mom like to be together, just the two of them. They shut the door on us kids when we were young, and they still run us off now so they can do whatever it is that “old people” still do. Beats me! Talking about old people, here’s Dad―you know all he does.