Filter by:
NGJ Magazine / Articles / Eating Ants
Do you get our FREE Magazine? 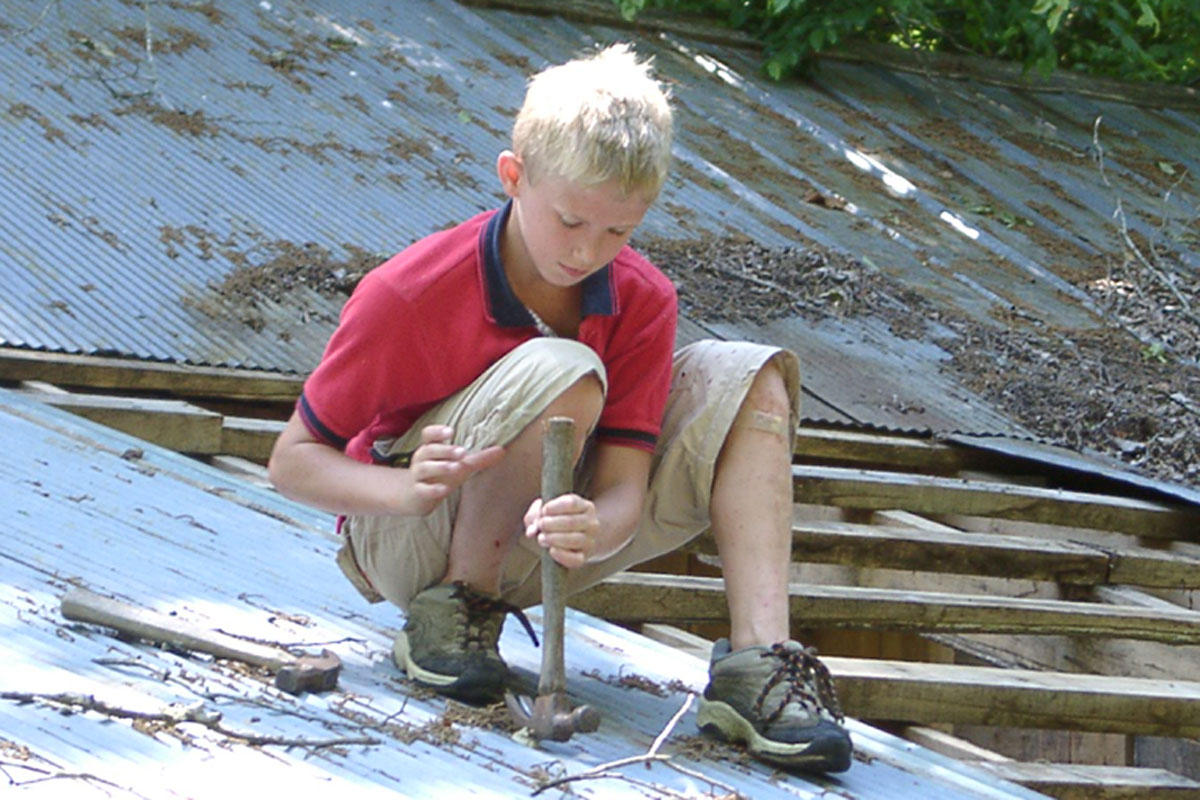 Most parents are too uptight. At least half the joy of life is raising kids. So when Big Papa found that one of our Russian boys had returned the jar of honey to the cabinet without replacing the lid, and 4000 ants were floating in it face down...

...I knew we had some L&L (laughing and learning) on the way. When Kolya came to stay with us in April, the first thing I noticed was that he did not value money or possessions. He would leave his shoes outside for the dog to carry off. It never occurred to him that an open door wasted heat or cool air. He would put a single garment in the washer and dryer without any thought of the cost. Almost every action reflected his lack of responsibility. It was a challenge I could not resist.

He had one great virtue. He loved to work, even better than fishing and swimming. We believe the workman is worthy of his hire, so when he did work other than the daily, routine, household chores, we paid him by the hour. Amazingly, he did not value his hard-earned money either. He would dump all his earnings into the first bubble-gum machine that came in sight. When I advised him not to spend his money unwisely, but to save it, he would look puzzled and say, “For what?”

So I made it my special project to answer that question for him. Remember, children don’t learn anything when placed under stress—other than to avoid the person that burdens them. So as you teach, have a little fun and tie some strings of fellowship.

When the occasion demanded, which was often, I would say, “Kolya, you will never be a rich man.” When he would turn his puzzled face to me, I would explain how many hours he would have to work to replace his $8.00 pair of shoes and what he could have bought if he had been more diligent. He had to spend his money to replace lost clothes, shoes, towels, etc. I explained that the washing machine costs money to run, and that he would have to do everybody’s laundry if he wasted water and electricity.

On many occasions I cheerfully described the many things he could buy if his money was not used in paying for his folly. I explained to him that a man accumulates wealth by being frugal. I pointed out that a bicycle left in the driveway would leave him walking. Food left out to spoil would leave him with nothing to eat. If he would ever be rich, he would have to preserve what he had, or he would spend all his money replacing a few meager possessions.

Kolya is a fast learner. When he saw that he had a hole in his pocket and that it was his money running out, he began to act more responsibly. He obviously enjoyed the extra attention he received when we reminded him of his folly. As his bank account (a special hiding place) grew, he began to comb through magazines that advertised guns, bicycles, knives, fishing gear, camping equipment, and even pickup trucks.

We have not forgotten the jar of honey. It became part of his schooling. When Mike found the honey jar and the 4,000 sweet ants, he placed it on the table in front of Koyla and lightly said, “Well, it looks like somebody is going to be eating ants.” As Mike walked out the door, we all gathered around to peer into the jar of sweet ants. We talked about how ants are considered a delicacy by some people, and we toyed with the idea that Koyla would have to eat them. Kolya just gave us his oh-well grin and picked up the jar. He was seriously going to eat the ants! I thought “Why not? Other people eat them.” This was fast developing into one of those L&L occasions. Still not completely serious, we agreed on the rules, which included finishing the ants off before lunch, and that he could eat bread and milk with the honey and ants.

We all scattered to do our chores. Later that morning we came back into the kitchen area and there was Kolya, standing over the honey jar, with that silly grin still in place, gagging down the ants. The girls and I laughed and gagged with him. But mostly we just looked on in admiration. Now, there was a man!

When Big Papa came in later and heard the story, he was aghast, “You made him eat the ants?” Shoshanna and I were amused at Big Papa’s sensitivity (see article in last newsletter). “No, we did not MAKE him eat the ants.” The honey jar lids are so tight now that we have to get Big Papa to open them.

All ants aside, the boys had a summer full of L&L, and so did I. Now, Kolya is not like a lot of other kids; he is totally cool. Some children (and adults like Big Papa) are squeamish, and they simply could not eat ants, and to suggest such might be cruel and unusual treatment. I am not suggesting that this become standard procedure for ants in the honey jar. I would never threaten a child into eating ants, but Kolya wanted to break bad habits, and I knew he was game for a boyish good time. To him this was L&L, and creating a memory he would never forget.

If you try to teach kids in a boring and hostile environment, it will lead to failure. If your learning is accompanied with laughing, whether it be reading, writing, or breaking bad habits, then it will be something a child will always remember. So go share some L&L with your favorite little guy. But keep the lid on the honey.

He sees the sparrow (hawk) fall