Filter by:
NGJ Magazine / Articles / Three Encounters
Do you get our FREE Magazine? 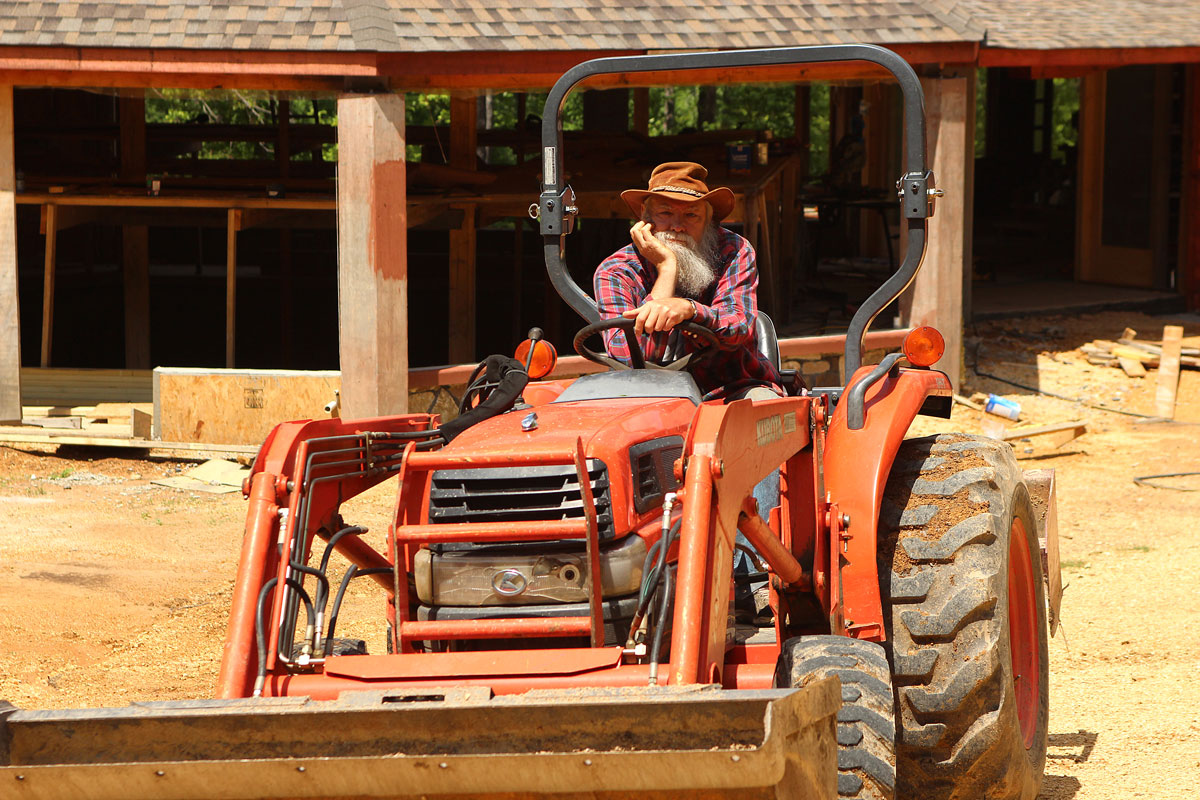 I now know why I must go on, why the time I spend writing and teaching is so important.
California is a long way from Tennessee in more ways than miles. Deb and I live in the poorest county in Tennessee, sporting only two towns, the largest with a population of about two thousand. Many of the roads are unpaved. We chose a spot in the county that is remote and out of the way, accessed by a one-lane wooden bridge. Our 103-acre farm is at the end of a deadend road. We don’t have a television, do not receive a newspaper, nor do we listen to the radio. We get our news from a satellite web connection. The only outside contact we have is when we go out to minister. In the community, few people know us as writers. We are just one of the “retired” would-be homesteaders. We have never held a Seminar in our area. I am not recommending our life style; but I am preparing you to understand and appreciate three experiences we had out West. Deb and I were sitting in a city park in Portland, Oregon when a woman sat down near us and recognized us. Where would we hide, if we wanted to? Two days later, we were driving through the redwood forest when the urge hit me. When I got to the men’s room, there was a long-haired “hippie” already waiting his turn. The fellow who lingered behind the locked door must have had prostate trouble, so while we waited, I turned to the young man and started telling him about Jesus. He looked shocked and just stared. I thought I must surely be getting through to him. He just stood there waiting for more, so I launched into my second round. I actually thought I might be able to lead this poor soul to Christ. Then he interrupted me, stammering and pointing, “You are Mike Pearl!” I was now the one who was shocked. How could this strange fellow in this so far-away place know me, a recluse, confined to a little valley in a poor county in Tennessee? It seemed to need an explanation. “How do you know me?” I asked. “We listen to your Bible tapes at the ‘Just Jesus’ school located down the road in the forest. I read your publication; and I have seen your picture.” As I talked with him and went outside to meet his wife, I discovered that he was a fine believer, dedicated to spreading the gospel of Christ. After leaving him, about an hour later, we passed the “Just Jesus” school, and I wished so much that I had time to stop. If I am ever out that way again, I am going to give myself an extra day to stop off and visit those folks to whom I have been ministering while I am tending my garden and grading the driveway leading back to the little valley between the two ridges. Two days later, I was sitting in the motel breakfast area when a business man walked up to me and said, “You are Mike Pearl, aren’t you?” He was just traveling through and happened to be staying at the same motel. He went on to tell me that for many years he had been a member of a Holiness church, but never had peace with God. He told me that about a year ago he purchased a set of my Romans tapes and the booklet “Baptism in Jesus’ Name”. He said that for the first time he understood that salvation was by grace and faith, not works, not baptism, and not by the “gift of the Holy Ghost with evidence of speaking in tongues.” For the first time in his life, he rested in the finished work of Christ and now has peace with God. When he walked away, I looked at my stale bagel coated with crumbly cream cheese, and wonder filled me. I thanked God for those three encounters. I now know why I must go on, why the time I spend writing and teaching is so much more important than my organic gardening and our peaceful homestead life style in this poorest county of Tennessee.
Michael Pearl