Filter by:
NGJ Magazine / Articles / Training a Child to Come
Do you get our FREE Magazine? 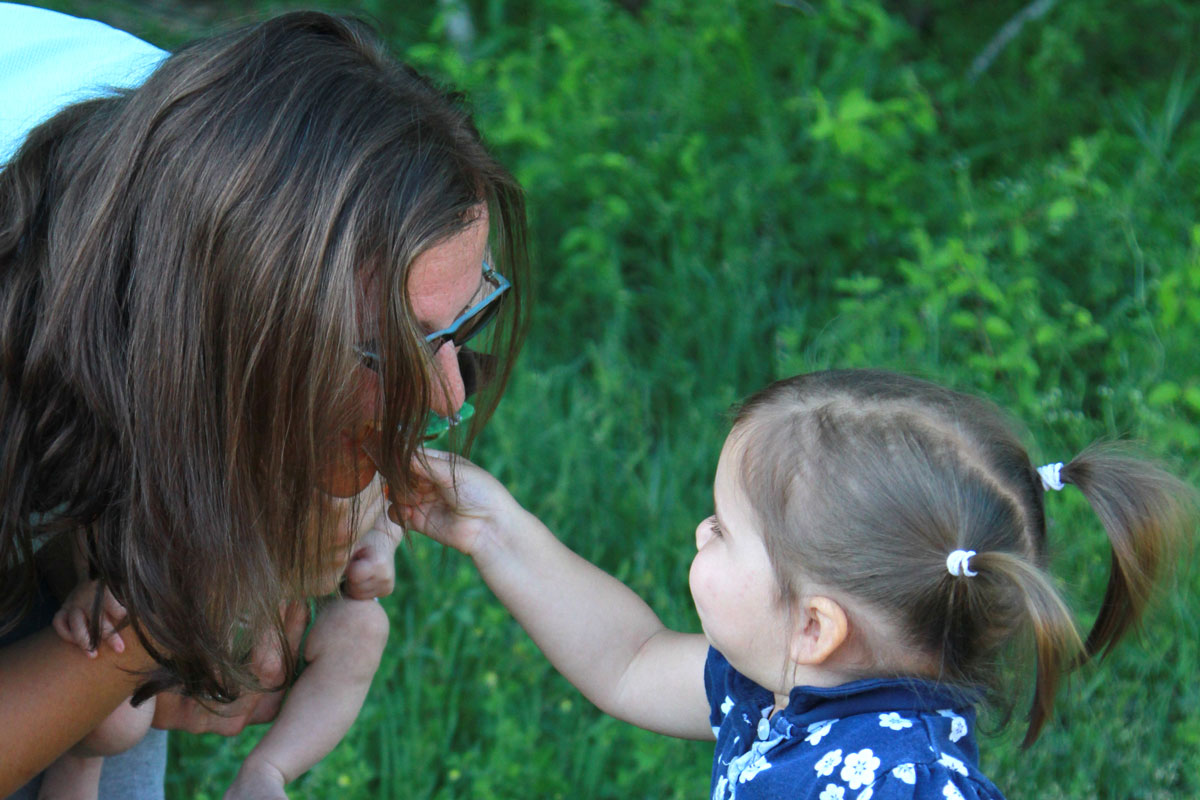 Cheerful training early on can save on later discipline
As a young mother, I watch and take note of the different ways parents train or don’t train their children. Everyone calls me the “soft-hearted Pearl”, and knowing this to be truth, I knew that I would have to train my children so well that I would not have to rely on spanking. Therefore I gave diligence to early training.
When Gracie was first born, every time I picked her up I would say, “Come to mama.” This simple, cheerful command was conditioning my tiny baby to come to me in response to my voice. She came to associate the command with feelings of being close to me. Even though at one week old she had no idea what “Come to mama” meant, nonetheless, she quickly came to identify the sound, rhythm, and tone of my voice with the pleasure of being drawn to me. I hoped that after she became mobile and heard my command to come, she would respond without hesitation, and at 22 months of age, it has worked beautifully. And it is a good thing I got the jumpstart on training, because everyone will tell you that Gracie is the most impetuous and independent of all the nine Pearl grandkids.
This simple, pleasant, early training has translated into success in other issues as well. I have never had to chase her, spank her, or fear for her life when she takes off running for the road or any place that could be dangerous, because with one simple command, she stops, turns, and comes running to me with joy. I used the same training technique when commanding her to sit, stand, and get dressed. When she was still an infant, unable to sit up, I would say, “Stand up, Gracie,” when I lifted her to a standing position. When I cleaned up her toys I carried her in my arms, all the while communicating with her what we were doing, like “Clean up your toys, Gracie.” Now at 22 months old, she is a cleaning machine and has been since she could walk. It has never been necessary to spank her or to speak to her in an intimidating voice when commanding her to pick up after herself, because she just “knows” it is the thing to do. Just as the word “eat” means eat and the word “clean” means clean, the word “come,” means come. Many parents will ask their baby to come, but when the child runs in the opposite direction, they chase the “cute baby,” catching him up in their arms with kisses and laughter. But even when you are playing, you are training. You are training them that running away from mama is a way to be loved.
When my husband and I have gone to seminars with my parents, people often come up to me and ask how they can re-train their small children to come to them. If you have been chasing your little sweetheart around every time you say ‘come,’ then you have trained him to think that the word ‘come’ means ‘run away’. The poor fellow does not understand why Mama is suddenly short-tempered with him. This turn of events causes the baby to become upset and insecure, for it is you who are acting out of character, not he. If you ask the little one to come and when he doesn’t you chase him down and spank him, you are spanking him for acting just as you trained him to act. Your spanking alone will not work to re-train.
You need to be creative in breaking this “well-trained” habit. You must create a new mindset. Get your husband or one of your other children to help. Have your helper play with your toddler to get him distracted, then call for him to come. Have your helper immediately take the child’s hand and lead him to you while telling the child, “Mama said, come.” Do this simple training exercise several times over the next few days until your baby begins to respond on cue. Most toddlers will respond correctly, but if he balks when your helper takes the little one’s hand, then have the helper spat the child’s legs to reinforce the command.
This past week, I had the opportunity to try this while taking care of my sister’s one-year-old son. I enlisted the help of my little girl, and it worked. I would say, “Come to mama, Gracie. Bring the baby with you.” And, to her great joy, she would take his hand and lead him to me. He thought it was great fun, and by the time he went home, he was beginning to learn the word COME. I told my sister, and she called him and he responded right away. We were both so excited to see the results of just a little training.

How to Get Kids to Remember

2 comments on “Training a Child to Come”