Filter by:
NGJ Magazine / Articles / Homeschooling High Schoolers?
Do you get our FREE Magazine? 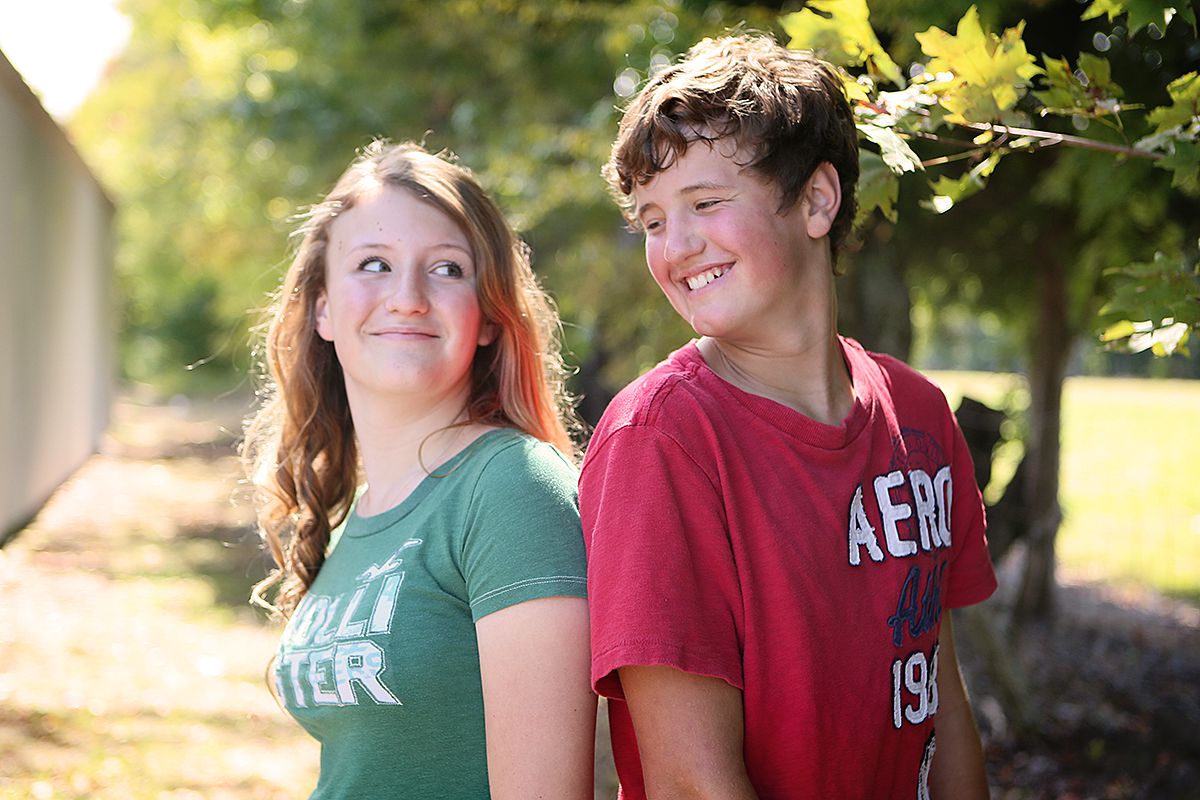 First, I want to thank you for your ministry. I am most grateful for Mike’s Bible teachings! They have exploded my understanding of Scripture and increased my faith in our awesome God. So thank you!

My question is about homeschooling. I think I have read everything you’ve written on homeschooling, including Debi’s BIG BOOK OF HOMESCHOOLING, and even Rebekah’s book THE DA VINCI ROAD. But when it comes to exactly how you homeschooled for high school, I’ve only found vague mentions of your boys working, etc. Will you expound on what you did specifically for homeschooling when your kids were ages 14–18? Especially your boys. Did they have graduation ceremonies? Diplomas? How did they get higher learning?

I have two sons and we’ve homeschooled them all their lives and loved it. But high school has been a little different. How can average suburbanites accomplish homeschooling through high school? The standards for achieving a degree for higher education require transcripts and diplomas. Would you have done anything differently if they suddenly changed their minds at age 17 and wanted to go to college? Do any of them take the PSAT, SAT, or ACT tests? Why or why not?

Anything you can offer to shed light on your experiences of homeschooling your kids in their teens through high school would be appreciated!

I will answer your question concerning older students and also include letters from young adults who were schooled with real, hands-on learning, but first this:

We did not raise our children in a classroom environment. I conducted my “classes” in the front seat of the pickup or in the cabinet shop. Deb conducted her classes in the kitchen or sitting at the kitchen table enthusiastically discussing points of interest to the children. They chose projects that were interesting to them. They could be found searching the library, collecting rocks, leaves, and bugs, or constructing solar systems with foam balls, wire, and paint. The only tests they took were when someone tried to cheat them at a cash register or when they were dividing up earnings from a corporate entrepreneurial endeavor. Have you ever seen three kids, ages four, six, and eight dividing up $5.37? Old-fashioned suspicion will make mathematicians out of them in a hurry. I am often asked, “But aren’t schools the best way to learn?” Where did you get a ridiculous idea like that?

H.G. Wells, a noted humanist and historian, wrote in his The Outline of History concerning the schools of Alexandria, Egypt, between the second and seventh centuries AD:

Wisdom passed away from Alexandria and left pedantry [pretentious display of knowledge] behind. For the use of books was substituted the worship of books. Very speedily the learned became a specialized queer class with unpleasant characteristics of its own. The Museum had existed for half a dozen generations before Alexandria was familiar with a new type of human being: shy, eccentric, unpracticed, incapable of essentials, strangely fierce upon trivialities of literary detail, as bitterly jealous of the colleague within as of the unlearned without—the Scholarly Man. He was as intolerant as a priest, though he had no cave. For him no method of copying was sufficiently tedious and no rare book sufficiently inaccessible. He was a sort of by-product of the intellectual process of mankind. For many precious generations the new-lit fires of the human intelligence were to be seriously banked down by this by-product.

I have observed the product of America’s modern counterpart to the Alexandrian school. Their frail bodies, white with the tan of florescent lights, shoulders humped, eyes squinted, poor complexion from the junk food consumed between lessons, stumble from their classrooms to stand in line for the next culturally preordained phase of life. Their mentality is that since they have given themselves to the system, the system owes them a good job, good wages, medical coverage, fair play, protection, entertainment, a vacation, retirement, old-age convalescence, and a proper burial. God save us from being average. I don’t want to be a part. I don’t want to rear children to be a cog in this wheel.

It is obvious that many homeschooling families are nothing more than reformed public educational systems. A system faulty at the very core of its philosophy doesn’t need reformation; it needs dismissal. The education system in America doesn’t need a new teacher; it needs a new birth.

Whether in the home dictated by parents, or in the corporate classroom John Dewey style, education has taken an invasive, destructive course. Intensive, time-consuming mental discipline—out of proportion to working with the hands—is alien to natural humanity and a threat to normal development. It is a perversion to take a five- to twelve-year-old child and enter him in a demanding competition for academic excellence. We would all find fault with an ambitious adult that put his seven-year-old through a demanding schedule of football training. Is the seven-year-old any better equipped to handle the emotional demands of professional study? How can we justify raping a child’s youth by forced confinement in full-time study? Child prodigies are usually abnormal, unfulfilled adults. Head-starters are often late finishers with no desire to continue their education.

If you have ever wondered where the real men went, they disappeared into textbooks and went through puberty with books in their laps rather than tools in their hands.

Just as the motions of crawling are essential to the development of an infant, and hanging on to his mama’s skirts is essential to a four-year-old’s sense of security, so following his daddy around is an integral part of the ten-year-old’s psychological development into manhood. Schooling will fill their brains with facts, enabling them to pass tests, but it will not teach them to relate to society. When children should be developing confidence, creativity, individuality, strong bodies, and work ethics, instead they are made to cease independent decision making and march (or rather sit) in formation to the drum beat of a lifeless curriculum. If you have wondered where the real men went, they disappeared into textbooks and went through puberty with books in their laps rather than tools in their hands.

Let us not go through another upper-class Alexandrian Dark Age. There is no ignorance as great as book ignorance—not ignorance OF books, ignorance IN books. Just so you understand my perspective: I am a college graduate. I write this while sitting in a room with thousands of books lining all available wall space from floor to ceiling. I have read a meaningful portion of most of them. My children all read for enjoyment and as research to satisfy curiosity or to fill a need. Rebekah, our only child who thus far has found it needful to go to college, earned the highest grade point average—4.0. My present purpose is not to brag on my kids. I am willing enough to do that, but I want you to understand that book education is shallow without a larger education in real life. When book education becomes predominant, the student is no longer living in the real world.

I know that there comes a time when a mature adult may need to immerse himself in studies, shutting out the real world, but this should be the burden of a mature adult who has a goal that can only be realized through the weariness of much study. A child who is yet growing and developing a personality and character should not spend long periods of time withdrawn in study.

What horrors, to see a small child quivering under the condemnation of his mother because he can’t keep his mind on a dead book lying in front of him! Long hours of boredom and pretended study stunts the intellectual growth of young children. Yes, we want our children to be educationally equipped to enter into any field or discipline they may choose, but mindset is more important than mind content. It is far more important for a child to grow into personal confidence, creativity, and vision than to rush into academic excellence. The reality is that most homeschooling parents are following the current pop philosophy, sacrificing the humanity of their children for the promise of academic security.

Over the last 40 years I have observed many families who believed the greater the education, the greater the success in life. Many of those college graduates have never provided adequate support for their own families. Opportunity existed, but they were not able to do anything other than sit at a desk for a weekly salary. If the economy were to collapse, they would not know how to survive. Isolated book learning is true ignorance—ignorance of real life.

In your heart you know that the present public system is anti-human as well as anti-God. Homeschoolers have eliminated the anti-God aspect, but most of them have retained the anti-human elements in their schooling.

In conclusion, children and young people should not be pushed by anxious parents who feel that their children’s happiness depends on cramming them full of book knowledge. When they are old enough to send themselves through college, they can make the decision to become a professional student. The self-confidence and working skills learned in their youth will better equip them for life as well as higher education.

Here are the letters from young adults who were schooled with real, hands-on learning: