Filter by:
NGJ Magazine / Articles / Update From Pakistan
Do you get our FREE Magazine? 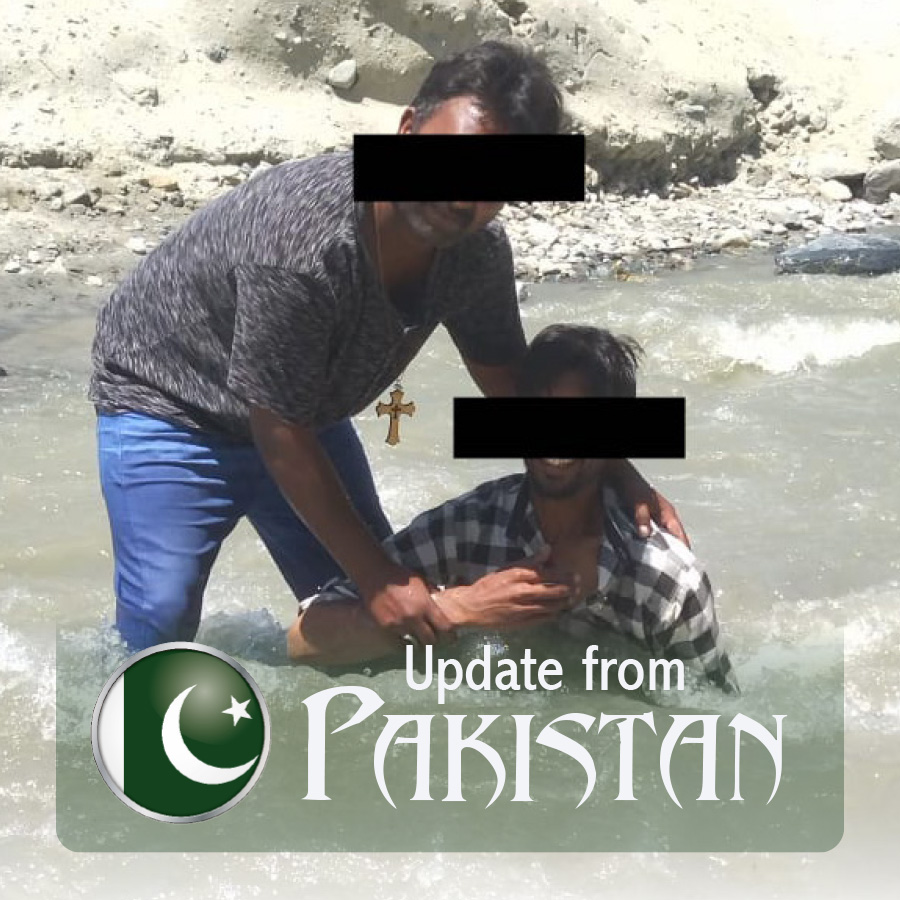 Here is a recent update from our partner in Pakistan. The testimony it contains has been redacted in places to protect the safety of those involved.

Dear Brothers,
Greetings in the Name of our Lord Jesus Christ.
Meet our friend named [REDACTED]. He accepted the Lord Jesus Christ after studying the Naik o Baad [Good and Evil in Urdu] book received last year in [REDACTED] where his son brought it from his friend, they are classfellows and he took it from his friend, as he thought that was a book of some super heroes.
Here he stated..
I am a [REDACTED] and working in [REDACTED]. I have [REDACTED] kids, [REDACTED]. I studied many books on Islam, Hinduism and other religions. Personally I did not like the Christians as I have many issues, including hate and discrimination with them. One day, my son borrowed a comic book from his friend and he said ‘daddy, daddy look at the super heroes of Koran. Look Adam and Eve, look Moses.’ And he started reading what Adam did in the garden and everything. He said ‘what an Islamic book wonderful Islamic Heroes.’
I took the book from him. At first I get angry on him, that someone made pictures of prophets. Making pictures of prophets is not good approach and apparently considered a sin and blasphemy in Islam.
But later I start studying it what is written in it. I reached the story of Abraham, his sons, Ismail and Isaac. This book focused on Isaac.
I learned from Koran that Abraham sacrificed Ismail on Mount Moriah, while in this book, it was written that Isaac was taken to Mount Moriah for sacrifice. This was the main question that stroked me. I started studying Koran again. While studying Koran, I did not get the name of any child. But I found that Abraham sacrifice his beloved son, and I found he loved Isaac more than Ismail. Oh my God, I found it, that Bible is true, in which I found the complete story of Isaac and Ismail.
I started to studying the Bible which I received from your office. I took one month of vacation from my office and keep studying Bible. I spend day and night and studied the Bible in 12 days. I studied it more times and concluded that Bible is only True Book of God and He send His Son to save us. Your office helped me throughout to understand God’s salvation program for humanity. After the complete satisfaction I requested to your office to baptize me and my family. They guided me to a nearby church and I took baptism with my family. Now, my wife [REDACTED], my [REDACTED] kids and I are independent and living in Christ and following the True God of Bible.
Please keep praying for me and my other family members that May God open their eyes and bring them to Christ Amen
Please provide me few more copies of Naik o Baad book. I can provide to my other family members. They still do not know that I am a believer now. I will keep evangelism among them secretly. Please do not share my information or name with anyone. Thank you.

Pakistan is a Muslim nation that is 99% unreached. Through your gifts to the Good and Evil fund, we are able to print Good and Evil books for faithful Pakistani Christians, who are reaching thousands like this man for Christ.