Filter by:
NGJ Magazine / Articles / Who Defines Your Children?
Do you get our FREE Magazine?

Who Defines Your Children? 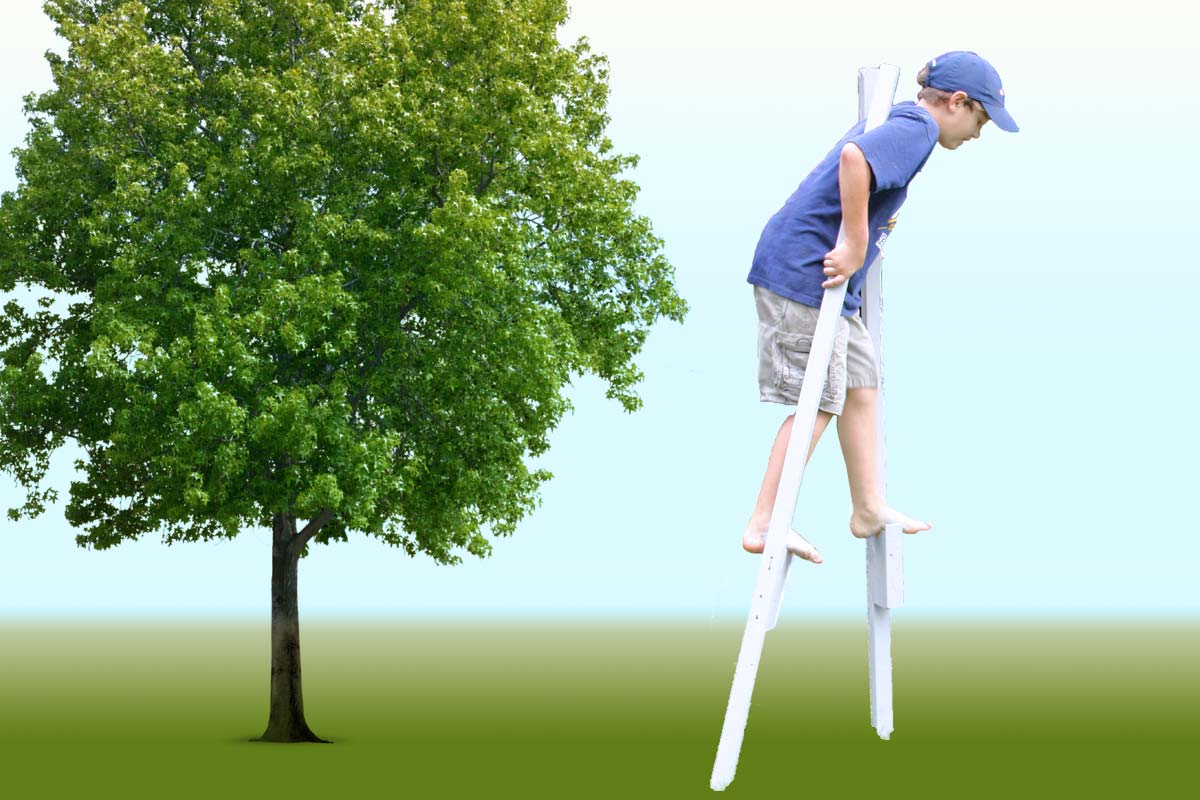 A child accepts the definition of self that is imposed upon him by his caretakers. He has no other way of knowing who he is. Children see their reflection in the eyes of others. There is nothing more influential on a child’s self-image than the eyes of his keepers.

Any time we get a new puppy or kitten, I anticipate with great amusement their first experience of looking into a mirror. They always spend several minutes trying to relate to that image until they grasp the concept that, “Hey, that’s me. That’s who I am.”

Children look back at themselves through the eyes of those whom they respect, fear, or honor. Competitive peers don’t have much of a formative effect upon them, but the big people make all the difference. They gaze into the mirror of eyes that love or judge, blame or cherish, or that show delight. The developing child then says, “So that is who I am.” It doesn’t happen all at once. As their self-awareness slowly develops they attach value to themselves with every encounter—every touch, every word, every eye exchange.

As with the cat, their first experiences of self-identity are the most powerful—before age four or five. After about age five, everything either enforces that early image or competes with it. The earliest image usually dominates the rest of their lives.

Words are powerful, and eventually become the more dominant influence. Words enforced with cold eyes, or warm eyes, judgmental eyes or encouraging eyes, become the all-powerful enforcer of a child’s self definition.

I see the kids coming out of the homes and public schools of our country, their lives predetermined by their self-image. Whether they are eighteen and cool, or twenty-eight and divorced, or thirty-eight, broke and on welfare, voting democratic, hoping to get ahead in life someday, maybe win the lottery, or on drugs—they are all controlled by a belief that they do not amount to much, that they are disadvantaged, or dumb and helpless, unable to do anything about their plight. So they hang out, watch television, eat junk food and dream—less and less, until they dream no more.

When you speak with them, you discover an impenetrable wall of self-imposed limitations. They were defeated by the time they were five years old. Parents and public schools unwittingly imparted that negative image of self until it became a fact supported by the evidence. Politicians take advantage of that state of mind and cultivate it in order to increase their voting block.

I have visited prisons and delinquent boys’ homes well over fifteen hundred times in my life. I have ministered in homeless shelters or rescue missions many more times. I have spoken with thousands of people on the streets, and have discovered that even when one of them becomes “born again” and enjoys the grace of God, the most formidable barrier they must overcome is that self-image by which they have come to define themselves. It drags them down and pulls them back to mediocrity like feet trying to run in stinking mud.

When I must counsel a 45-year-old man fresh out of prison, taking prescription drugs for bi-polar disorder, his former wife and children now nothing more than 15-year-old pictures that will never be updated, and he is “explaining” to me why he can’t keep a job or why “he is like he is,” I just want to go back and relate to him when he was two or three years old. I could “fix” him then—not now. I am not that influential.

It is frustrating to confront these stumbling souls, to try to offer advice. The only difference between the happy man who succeeds and the miserable man who fails is attitude and perspective.

Positive affirmation is effective when it is part of positive participation.

The world knows this, so they invented “positive affirmation” in an attempt to make up for all the negative realities of home life and public schools. Positive affirmation is only positive when it creates success or is in response to success. Empty words with no foundation in reality actually damage a child’s self-image. When one doesn’t try and is praised as if one did, in the mind of the child the words of praise become criticism, for they know themselves to be undeserving and therefore even less worthy. Positive affirmation is effective when it is part of positive participation. Sincere effort is praiseworthy, but only as a part of performing at a higher level. Praise is gratifying when it acknowledges success already achieved, but achievement is the foundation of a good self-image, not praise. If you take children’s hands and lead them to achieve their own personal goals, you build a lifetime of confidence. On the other hand, if you set the goals, and the child does not adopt them as his or her own, then their failure will elicit criticism from you, and diminish the child’s self-worth. A child should be allowed latitude to experiment with different personal goals and drop the ones that seem too far out of reach, while pursuing more passionately the ones they enjoy. Encourage the positive choices they make, and don’t denigrate or minimize their constructive interests in hopes they will adopt your more academic or higher cultural disciplines.

Debi’s new book, The BIG Book of Homeschooling, has a marvelous story of an unhappy young girl, not interested in schooling, who began to blossom when her mother allowed her to pursue her equestrian dream. (Call 1-866-292-9936 for availability)

Here is the heart of my concern: Public schools or home schools that push children beyond their own goals into a place where they do not perform well will result in failure and inculcate a belief in their inability rather than their power to achieve. I cannot emphasize this point enough.

“Those who have ears to hear, let them hear.”

Homeschooling is not an automatic fix. Avoiding the negatives of the corporate classroom (be they public, private, or Christian schools) is only half of the battle. Home school is no better than the eyes that guide it, no better than the voice that speaks throughout the day.

Our goal is to hand off our culture to our children. By culture I include our faith in God, our confidence in the inspired words of God preserved for us in our language, our belief in Creation, in the sacredness of life, in the permanence of marriage, our commitment to our constitution, our relationship to the community and the church, our godly views on sex, modesty, child training, our work ethic, our commitment to integrity in the home and work place—in short, our views on God, the world, the flesh, and the devil. If we fail to effectively inculcate these eternal truths into our children, we have failed in life.

If you are still raising children, especially small children, you are a time traveler, having gone back to the day before their souls were scarred and broken. You now have the wonderful opportunity to steer your child to avoid receiving the wounds that will one day put him or her in front of a frustrated counselor who wishes he could go back in time and do the things that would have prevented the development of a broken soul, one who defines himself as a worthless failure—because he is…or will be. Make the best use of this opportunity. It will never come around again. You are molding clay for eternity. And “who is sufficient for these things?”

You are molding clay for eternity.

I realize my words have been mostly negative. I am aware that there is a good bit of the prophet in me. But even with my frankness, I know there are many parents guilty of imparting a negative self-image to their children, some in our very community, who will read this article and set it aside thinking, “What a shame; my children know they are valued because I tell them so.” Meanwhile their kids are avoiding Mama and Daddy, fearing they will suffer further feelings of inadequacy. The kids long for the day when they can get out of the home and spend time with people who accept them as they are. Clueless are these parents; heads as thick as a well-pounded sidewalk. So, I do a Jeremiah from time to time (Jeremiah 1:10). Next issue I will “build and plant.”

Let me give you a hint: When we come to Christ and believe him, we become new creatures. “Therefore if any man be in Christ, he is a new creature: old things are passed away; behold, all things are become new” (2 Corinthians 5:17). Our birth accurately defines us as fallen with Adam. The world defines us as weak and ineffectual—that may be true, or it may not be. Our new birth defines us as risen with Christ, overcoming all things. You do not have to accept the definition of self given to you by your parents and society. Whose definition you accept is your choice. There is a supernatural way to knock down the wall of self-doubt and failure. In the meantime, listen to my series Sin No More, available online, and my Romans series. Romans is available FREE online at http://ngj.me/romans-free

4 comments on “Who Defines Your Children?”