Filter by:
NGJ Magazine / Articles / Three Types of Children, Part 3: Building Confidence (Steady/Servant Type)
Do you get our FREE Magazine? 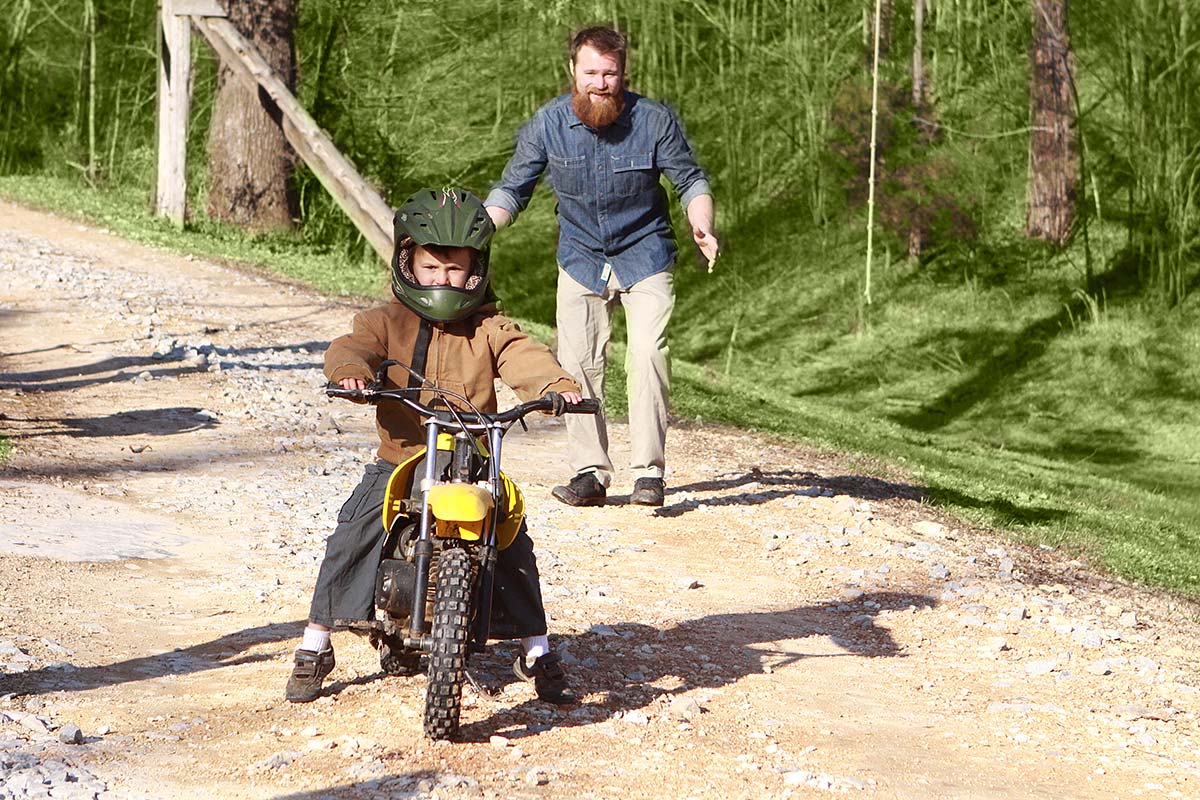 He was so sure he could ride it by himself that he never thought it would be too hard for him.

Parker, my third-born, loves motorcycles. He started riding his own dirt bike, to his dad’s great pride, at the age of three. He was so sure that he could ride it by himself that he never thought it would be too hard for him. The first time he got on it he took off and rode like he had been doing it forever. He is a follower by nature, but as I watched him out in the field, riding for the first time, I noticed he did not follow his daddy around, who was riding his own dirt bike. Parker went his own way, confidently maneuvering his way over the cow patties and the tall grass, sure of himself. I realized that we had instilled that confidence in him. Though Justin encouraged Parker to follow him, with great enthusiasm he kept changing course and going down his own imaginary path. He fell over right before we quit, but jumped up and got right back on, never making a whimper. He was excited at his accomplishment.

Do not push them to the point that they are afraid.

A few weeks later he wanted to go out again; but this time, as he began to ride, he was a little shaky and kept stopping. After just a few minutes he wanted to quit. He lacked confidence, for some reason. We did not push him to continue riding, but praised him for what he did, and let it go at that. I knew that this was just a matter of confidence and it was best to build it up again before going back out on the bike again. Building confidence in your laid-back, steady child is an everyday job—to let them accomplish something, to overcome, and to be victorious!

Where should you start?

Learning to stand and speak confidently at the age of five gave me the confidence I now have as an adult.

As I look back and see the confidence that my parents instilled in me and how it has given me the tools I need today, it gives me even more motivation to instill that same confidence in each of my children. When I see Parker riding confidently out on his bike, I know he is well on his way to becoming a confident man.