Filter by:
NGJ Magazine / Articles / New Age Bible Versions
Do you get our FREE Magazine? 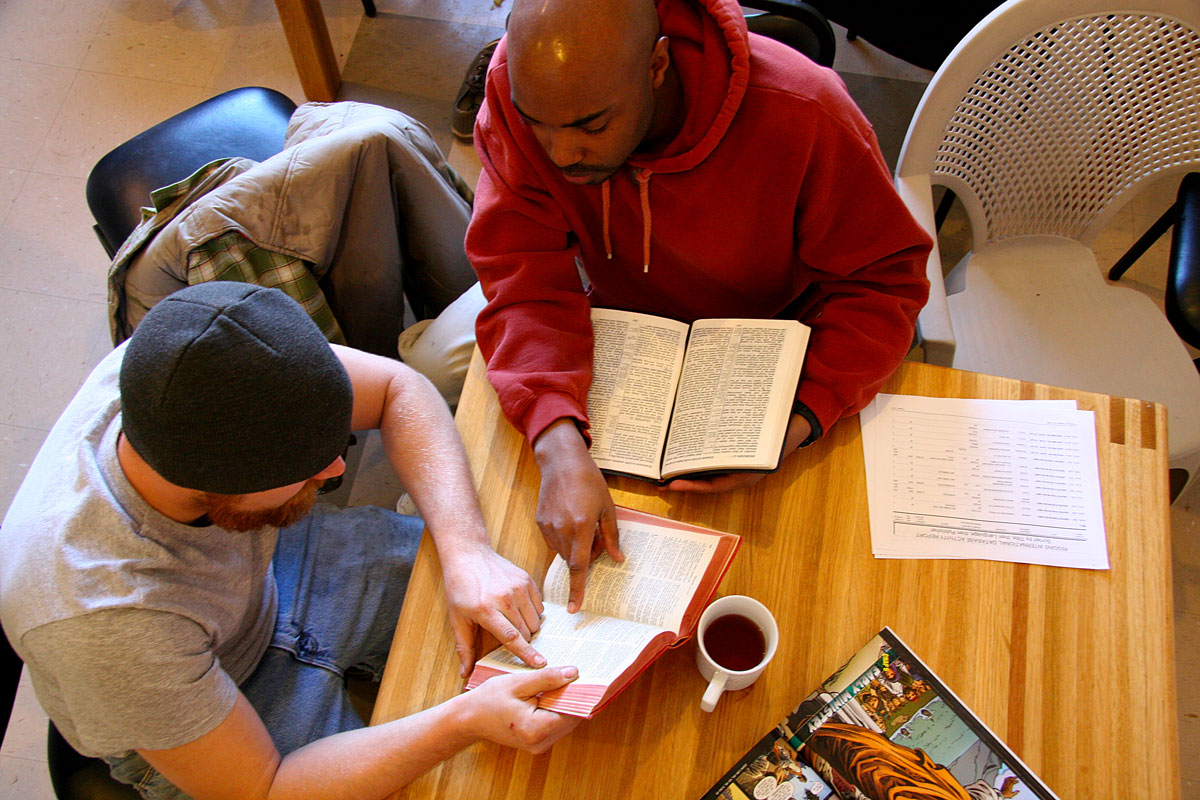 I was taught the generally accepted, fundamentalist views on inspiration of Scripture. When I first began to read a little Greek, I thought I had arrived. I was reading the Bible in the original language, or so I thought. The Greek, which I thought was THE Greek Bible, was the 25th edition of the Nestle-Aland Greek New Testament published by the American Bible Society. After I graduated from Bible college and went on to pastor a church, when I came to a passage in the Bible that didn’t read the way I thought it should, I would search the many other “bibles” until I found a reading that met my doctrinal criterion. I found the Greek lexicons very helpful when I needed to reject a given passage.

I believed as I was taught, that the Scripture which had been “given by inspiration of God” had been lost many years ago, and that at best we could “trust” the almost perfect copies that remained. What I didn’t learn in Bible college is that the Greek New Testament I was using did not even exist until 1898. I thought it was a copy of “the original.” Upon investigation, I learned that there are 24 different Greek N Ts, just as there are different English versions. It surprised me to learn that modern scholarship did not believe what I had been taught as a child. I went back to one of the faculty members at my old college and discussed it with him. I discovered that he was not able to hand me just one book in any language and assure me that it was the inerrant, perfect words of God. No one in my college had ever so much as seen such a book.

Needless to say, twenty-eight years ago I launched into a study of manuscript evidences. As a result, I came to believe that the King James Bible is the words of God, and nothing but the words of God, to English speaking people.

I now reach up and pull a book from the shelf here in my library. Like many of the books in my library it is one that expresses views contrary to my own.

It is a little paperback, sent to the subscribers of Biblical Archeology Review, called The Dead Sea Scrolls After Forty Years. It was published in 1991 by BAR. If you want to read apostasy at its best, subscribe to BAR. I have found it useful in keeping up with the infidels. I open the book to page 60 and read comments by James Sanders, a member of the United Bible Society. He served on the committee that put out the New Revised Standard Version of the Bible. He says, “The NRSV is not the Bible; no translation is the Bible. So what is the Bible? What and whence these texts?” On page 62 he continues, “We are now very careful about using the word ‘original,’ because we don’t really know what we mean by it.” On page 63, he suggests, “[W]e should just drop the word [original, as in original Greek Bible] because we do not have the autographs of anything…” He goes on to answer his question as to where the Bible originated, “Therefore, we have to say that we don’t really know exactly the inception of any of these texts, but they develop into what we call traditioning process.”

Do you believe your Bible had an unknown beginning through the various traditions that were slowly collected and assembled over several centuries until they evolved into a document of religious importance? You don’t? One of the “Bible Scholars” responsible for the NRSV does. On page 69 he says, “[T]he stabilization of the text is not yet finished…” He is telling you that what you think is the Bible today may not be the Bible tomorrow. For example, the Greek Bible I studied when I was in College is now different in over 600 places. Words have been changed, deleted or added. It is not the same Greek Bible it was when I was in college studying “the original Greek.” Men like Sanders changed it.

He goes on to describe his duties as Bible translator, “We try to reconstruct what was first said or written.” Then in a moment of candidacy (page 71), on behalf of his fellow scholars and Bible translators, he says, “I think it is time for us to stop fooling the people, making them think there is just one Bible and that our Bible committee got closer to it than their committee did.” Of course that is the sales pitch for any new bible. When a man “fools” you he makes you look like a fool by causing you to believe the ridiculous. Sanders then expresses the reason why the “scholars” deliberately fool the public: “I have been told by some that that [telling the truth as they see it] would just destroy the Bible because lay folk still want to think of the Bible as somehow ‘inerrant.’” Are you one of the “lay people” who buys bibles and have been “fooled” lest you learn what the translators are deliberately keeping from you, that the Bible is not inerrant? He concludes with, “It may well be that if there should ever be the possibility of discussing the text of Isaiah with Isaiah, he might very well say, ‘But I did not say that.’”

Let me ask you, would you trust a man like that if he changed the Bible text and gave as a reason that the “oldest and best manuscripts read…”? Then could you trust your favorite minister of the gospel who, after reading James Sanders or one like him, should take up the same tune and correct the bible on grounds that “the oldest and best manuscripts…” or “all scholars agree…?” What are the oldest and best manuscripts? Can you trust the marginal notes that so freely alter the Bible text? Do all scholars agree, or just the ones that are “fooling” the people? In this New Age in which we live, Christians are taken to be fools by the “good godly men” that have provided the English speaking people with over 200 “modern translations.”

There you have it. Does this concern you? Have you searched out the facts for yourself? I believed the King James Bible is the Word of God 25 years before I read New Age Bible Versions. I have in my library more books on this subject than you could carry in a wheelbarrow. There are many scholars that do not agree with Sanders and his kind. I offer you New Age Bible Versions because among many books on the subject it is the easiest for the layman to understand.

Yes, I have read several authors that have dismissed this book on various grounds, but I also read the book, along with 50 others on the subject—pro and con. Don’t think you are informed just because you read one author that smugly discounted this thoroughly researched work.There are many that would discourage you from investigating beyond their opinions. Openness and investigation is the enemy of deceit only. If someone would prevent you from reading this or any book on doctrinal issues, ask yourself what they fear and why. Truth doesn’t need to be policed. It can stand alone against all error. So in the name of open dialogue and ready access to information, we offer you New Age Bible Versions, a book that goes behind the scenes and uncovers the plot to change your Bible. Read it and be shocked.
I am not attempting to enter the arena on this issue. We have been called to child training and family ministry. There is an avalanche of material available on this subject, so do not write expecting me to take up the challenge. Others more qualified have said it all better than I ever could. Do your own research. I will read anything you send me as long as it disagrees with my position. There is a web site I have never seen, but I heard it is helpful on this subject.
www.biblebelievers.com

Don’t forget to exercise grace towards those that disagree with you. Even Bible believers need love. Happy research!